Many Midwestern farmers decided last winter to plant soybeans in spring assuming that, by now, President Donald Trump’s trade war with China would be over and China would be back to buying about a third of soybeans grown in the United States.

“At that time, trade negotiations were moving along, and it wasn’t looking that bad,” said John Heisdorffer, an Iowa farmer and chairman of the American Soybean Association.

Instead, China’s 25% tariff on U.S. soybeans remains in place and trade tensions are rising. The Trump administration is planning an additional 10% tariff on $300 billion worth of Chinese goods and Beijing announced this month that Chinese companies would stop buying all U.S. agricultural products.

The trade fight couldn’t come at a worse time for American farmers, who have endured over five years of low commodity prices. “Overall, out here in the country, things are getting pretty dire,” Heisdorffer said.

Between April 2018 and mid-June, China, Canada, the European Union, India, Mexico and Turkey have levied tariffs on more than a thousand U.S. agricultural items — from pork and cheese to fruit juice and whiskey — in response to tariffs the United States levied on their goods, according to the Congressional Research Service, a nonpartisan agency that advises Congress. The tariffs imposed by Canada and Mexico were lifted during that period.

The Chinese tariff on soybeans has been particularly damaging. Over a quarter of all U.S. cropland harvested in 2017 was planted with soybeans, according to a Stateline analysis of U.S. Department of Agriculture statistics. Not only do soybean farmers depend on shipping their crop to China, where the beans are used as an ingredient in animal feed and cooking oil, but Chinese demand helps buoy prices.

Midwestern farmers breathed a sigh of relief this week when Chinese trade negotiators in Washington agreed to suspend tariffs and increase purchases of U.S. agricultural products. But the trade fight is likely to continue.

Heisdorffer, like many Midwestern farmers, alternates between planting soybeans and corn to keep soil healthy and cut down on erosion, fertilizer and pests. He also raises hogs. He’s facing a trifecta of low soybean, corn and pork prices.

“I think farmers are still kind of behind this trade war,” said Lindsay Greiner, president of the Iowa Soybean Association. “But if it wasn’t for market facilitation payments, we would be losing a lot of money, and I think a lot of that support would probably start to go away pretty fast.”

The downturn in the farm economy predates Trump, economists say, and tariffs are only part of the reason farmers are struggling. For instance, Chinese farmers are buying less soybean meal because an outbreak of swine fever has decimated their pig herds.

But tariffs don’t help, economists say. And the trade war has reshaped international markets in ways that could hurt U.S. farmers for years to come.

Growers in other soybean-producing countries such as Brazil are taking advantage of the U.S.-export slowdown and ramping up their production. Foreign growers’ investments will make them more formidable competition for U.S. farmers, said Dermot Hayes, a professor and agricultural economist at Iowa State University. “Once they put the infrastructure in and put that new land into production, it stays in production.”

Meanwhile, American farmers’ storage bins are filling up. The USDA expects farmers to end the year with over a billion bushels of unsold soybeans. Such a surplus could depress prices long after China and the United States strike a trade deal, Hayes said.

American soybean producers have been able to step up exports to other countries, such as the nations in the European Union, but China is hard to replace. “Our exports have gone up elsewhere but not enough to offset the big loss to China,” said John Baize, an agricultural trade policy analyst who consults for the U.S. Soybean Export Council.

Many farmers are trying to shift away from soybeans. U.S. growers planted 14% fewer acres of soybeans this year and 2% more acres of corn, according to the USDA. But cutting back on soybeans can create new problems, said David Widmar, an economist and co-founder of Agricultural Economic Insights, an independent research group.

“There’s adjustments that can be made, but those adjustments come with challenges,” Widmar said. For instance, farmers who switch from rotating corn and soybeans to planting mostly or only corn must spend more money on fertilizer and insecticides.

And shifting from soybeans to corn risks creating an oversupply of corn and lowering corn prices, he said.

Dwight Meyer, president of the Kansas Soybean Association, says he didn’t adjust his planting this year and probably will continue rotating between corn and soybeans. At his midsize farm in northeast Kansas, he said, it’s typically too dry to plant corn year after year.

And while soybean prices are currently under $9 a bushel, almost half what the crop was selling for in the summer of 2013, corn prices, at under $4 a bushel, aren’t looking great either. “When you have farmers plant more corn and less soybeans — it’s also affected the corn market,” Meyer said.

Farmers who depend on livestock and raise specialty crops such as almonds also are feeling the pain. Dairy farms have been squeezed by five years of low prices and tariffs imposed by Mexico and China, said Jaime Castaneda, senior vice president of policy strategy and international trade at the National Milk Producers Federation.

In Wisconsin, so many dairy farms have gone out of business in recent years that the state has 49% fewer herds today than it did 15 years ago, according to the Milwaukee Journal Sentinel.

Farmers close to retirement face challenges in passing on their businesses to the next generation.

Farmers on the Brink

Overall U.S. farm profits peaked in 2013 and have since dropped below their 20-year average, according to the USDA. Many farmers are taking on more debt to make ends meet.

But farmers aren’t yet facing a catastrophe comparable to the 1980s farm crisis, said Cortney Cowley, an economist with the Federal Reserve Bank of Kansas City. Land prices have remained stable, so farmers who own land have an asset they can borrow against.

Last month Perdue announced an additional $16 billion in farm aid that included direct payments to producers of nearly 40 crops, plus dairy products and hogs. The list includes specialty crops such as cranberries, ginseng and pistachios.

But the federal aid may not be enough to bail out some farmers this year. In Illinois last year, soybean farmers came out OK thanks to a good crop, federal aid and sales made in the spring before tariffs went into effect, said Mike Doherty, a senior economist and policy analyst at the Illinois Farm Bureau.

“This year’s a different story,” Doherty said. Heavy rain and flooding this spring dealt farmers an additional blow. Some family farms are likely to end the year in bad financial shape even with crop insurance payouts and USDA aid, he said. Farmers who rent land may be hit hardest.

And there doesn’t seem to be good news on the horizon. “They’re on track to lose 50% of the largest hog herd in the world,” he said of China. “If there was ever a good year for China not to buy U.S. soybeans, this is the year to do it.”

Trump has vowed to protect farmers from trade fights. “As they have learned in the last two years, our great American Farmers know that China will not be able to hurt them in that their President has stood with them and done what no other president would do - And I’ll do it again next year if necessary!” he tweeted after China announced plans to halt U.S. agriculture imports.

But with no end to the trade war in sight, farmers and experts who follow the farm economy are worried about next year. “There’s a lot of uncertainty about 2020,” Widmar said.

Negotiations with China are at a standstill. Trump has threatened new tariffs on European exports. And a trade deal U.S. negotiators struck with their Mexican and Canadian counterparts last year has yet to pass Congress, where it’s facing opposition from Democrats who say the deal doesn’t do enough to protect workers and the environment, and could make some prescription drugs more expensive.

“I expect the farm crisis to deepen, and these lower prices that have dropped even more because of the tariffs is going to add to that,” said Donn Teske, a farmer and rancher in northeast Kansas and president of the Kansas Farmers Union.

The average farmer is 58 years old, and many are past retirement age. Teske is 64. “A lot who are my age are starting to tuck in their horns and go, you know what, this ain’t no fun anymore.”

Midwest Farmers Suffer After Floods: ‘I Got My Life in This Ground’

Midwest Farmers Suffer After Floods: ‘I Got My Life in This Ground’

Floods will continue to happen, and states must figure out what to do. 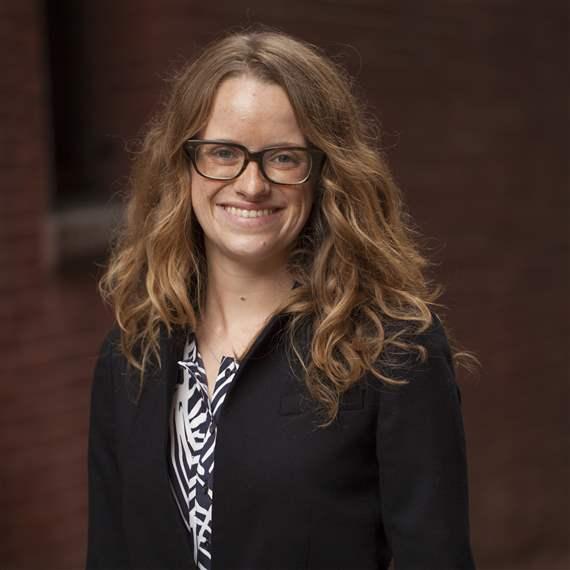