Colorado Gov. John Hickenlooper signed an executive order to reduce the number of abandoned and “orphan” oil and gas wells in the state. Colorado is currently responsible for plugging over 260 wells, the Democrat said.

So-called orphan oil and gas wells, which have been abandoned by defunct companies that cannot pay to plug them, are a growing problem in many states. Hickenlooper’s order directs the Colorado Oil and Gas Conservation Commission to make a list of wells that are a medium or high priority for plugging — older wells, Hickenlooper noted, have a higher risk of polluting groundwater — and try to plug those wells in the next five years.

The order also instructs the commission to review how it pays for well cleanup and to issue guidance on how oil and gas operators can voluntarily plug wells and be reimbursed by the state for doing so.

Stateline reported last week that Colorado’s oil and gas conservation commission has been plugging wells at the rate of about 10 a year on a budget of $445,000 plus funding from company bonds. This year, the Legislature appropriated $5 million to pay for the orphan well program.

The commission has estimated that it costs, on average, $82,500 to plug a well and reclaim it. There’s been no move recently to change the amount of money companies must post as a bond to pay for well cleanup.

Hickenlooper said Wednesday the focus on orphan wells was prompted by a home explosion in Firestone last year, which wasn’t caused by an orphan well but by an abandoned flowline that hadn’t been properly severed from a well.

“We wanted to make sure that we take this opportunity to eliminate risks every place we could,” he said.

In recent years, lawmakers and oil and gas regulators in energy-producing states have increased funding for well cleanup and upped the amount of money companies must post as a reclamation bond before they drill. Policymakers also have tried to make it harder for companies to walk away from their wells, such as by intervening earlier to prod them to reactivate or plug wells that are sitting idle. 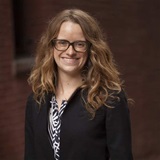