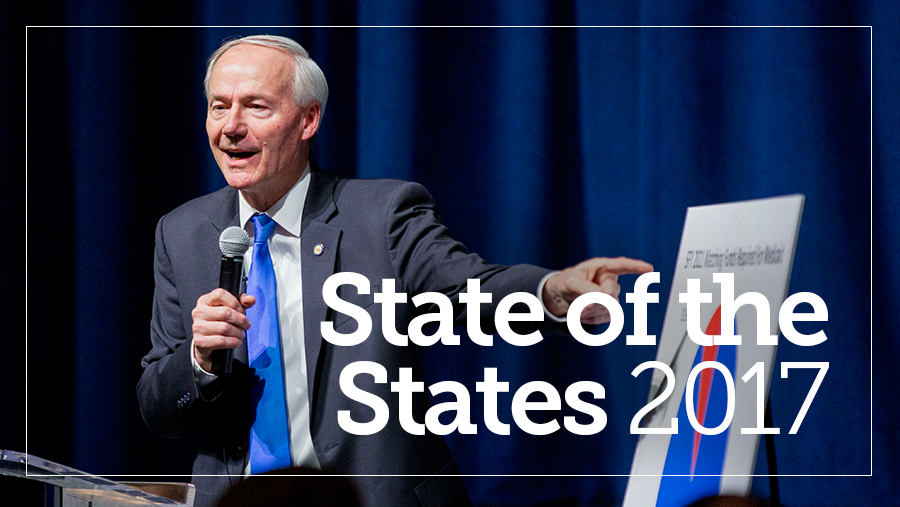 Part One: The Future of Medicaid Expansion

As members of Congress are beginning to wrestle with the complexity of repealing the Affordable Care Act, some GOP governors in Medicaid expansion states are expected to promote personal responsibility and other Republican health care ideals in their Medicaid expansion programs, but not pull back enrollment.

Thirty-one states are facing budget shortfalls for fiscal 2017. So how have the 19 states with good-looking books managed it? While some of it may be due to factors beyond their control (think California, for example, where its sheer economic size, growing population, and diversity in business make it different than any other state) others have husbanded resources and promulgated policies that have enhanced their ability to cope. We look at those states to see if there are steps that the states with shortfalls can adopt which might help them cope with stagnant economic growth.

Cities such as New York and Los Angeles are still pushing progressive ideas such as minimum wage increases, mandatory paid leave and policies that help immigrants. But state legislatures are more Republican than ever, and many cities may find it harder to make — or keep — such policy changes.

In the wake of the election, renewable energy targets and standards in the states face an uncertain future. But state lawmakers inclined to roll them back will have to consider the growing number of jobs associated with wind and solar energy — and the private sector’s embrace of renewable sources.

In November, voters in eight states legalized marijuana for medical or recreational use. Now lawmakers and state regulators must create a framework to implement a new product and industry. In many places this creates a gray area in which marijuana is legal, but a formal structure to grow and sell it does not yet exist. What can these states learn from those that have already gone through this process and what hurdles are ahead?