Over the past century, populations of shellfish on the East Coast—particularly of the native Eastern oyster—have declined to a fraction of their previous numbers due to overharvesting, water pollution, disease, and habitat destruction.

But there is hope for the hardy Eastern oyster. In New York Harbor, oysters—grown in cages on the seafloor and suspended from docks—are thriving, part of an effort to restore the once-abundant bivalves to the waters of America’s most populous city. Similar oyster restoration efforts are advancing in the Chesapeake Bay, Florida, Louisiana, New Jersey, North Carolina, South Carolina, and Texas.

And on Aug. 8, Connecticut began implementing a strategic plan to restore and expand its native marine shellfish populations.

One component of the guide is the CT Shellfish Restoration Map Viewer, an online, interactive mapping tool released in 2021. Previously, without a central, comprehensive habitat map to work from, oyster restoration practitioners had insufficient information from which to choose sites effectively, and state and local agencies had a hard time properly evaluating shellfish restoration projects. That led to approval and permit delays, among other problems. The viewer helps users identify the best locations for siting shellfish restoration projects.

As Tessa Getchis, an aquaculture specialist at Connecticut Sea Grant, told Pew last August, “The tool focuses on habitat suitability—what makes a place optimal, suitable, or unsuitable for shellfish to grow. This type of resource is at the cutting edge of shellfish restoration planning.”

The guide—produced by Connecticut Sea Grant, the Connecticut Department of Agriculture, and the Connecticut Department of Energy and Environmental Protection (DEEP) under a federal Conservation Innovation Grant, with input from numerous organizations, including Pew—builds upon the state’s Shellfish Initiative, a 2016 plan for growing its commercial and recreational shellfisheries. That initiative recognized shellfish restoration as a key avenue for safeguarding Connecticut’s wild population as well as its recreationally and commercially harvested shellfish. Members of the shellfish industry identified several opportunities to better align their aquaculture activities with restoration, ideas that are now reflected in the guide.

As David Carey, director of the Connecticut Department of Agriculture’s Bureau of Aquaculture, explained, “Connecticut’s shellfish industry understands better than most people that improving our state’s wild oyster populations is good for seafood businesses. That’s why oyster farmers and harvesters, along with other commercial fishermen, have supported the development of this guide from the start and stand to enjoy the benefits of it becoming reality.”

In Connecticut and elsewhere, just creating a statewide plan can accelerate restoration because—if done right—it requires taking stock of how shellfish populations are faring, connecting stakeholders, and determining how to best benefit the natural environment and the people that rely on shellfish.

“One of the most visible outcomes of growing our state’s shellfish populations will be a cleaner, clearer Long Island Sound, thanks to the ability of shellfish to filter water and stabilize sediments,” said Thomas Morgart, state conservationist with USDA’s Natural Resources Conservation Service in Connecticut. “Improving our state’s water quality means a healthier coastal ecosystem as well as a better experience for people in our water.”

As implementation of the guide kicks off, Nutmeg State residents should notice changes, including new restoration projects along the coast and new oyster shell collection programs at local restaurants that will pass those shells on to restoration groups to make up the underlying material needed for healthy reefs. The hope is that baby oysters from these areas, which will be off-limits to harvesting, will disperse and enhance nearby commercially and recreationally harvested beds—a cycle that has played out in and around other states’ sanctuaries.

It’s clear that investments in green infrastructure, such as oyster reefs, can pay dividends to the public. Connecticut’s new shellfish restoration guide should result in healthier, cleaner waters—and a brighter future—for the state’s coastal communities.

Aaron Kornbluth is a senior officer and Zoe Yuki Goozner is a senior associate with The Pew Charitable Trusts’ conserving marine life in the United States project. 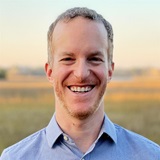