This article was updated on Jan. 17, 2020, to clarify a phrase quoted from the FDA Food Safety Modernization Act.

The Food and Drug Administration’s decision late last year not to order a mandatory recall of yellowfin tuna that sickened at least 50 people in 11 states threatens to undermine a crucial tool of last resort to protect consumers from hazardous food. FDA leaders should reverse course and require that the company responsible for these products remove them from the market.

In a Nov. 15 announcement, the agency said the illnesses were caused by imported tuna with high levels of scombrotoxin, a substance produced when certain fish species spoil. The company supplying most of the implicated tuna has not initiated a recall, despite an FDA request.

These products could still be on the market, according to the agency, and neither cooking nor freezing them will make them safe to eat. A Dec. 26 FDA update on the investigation said that additional illnesses had been reported and voluntary recalls by business customers of the fish supplier “have not effectively removed” the dangerous tuna from the market. Still, the agency stopped short of mandating a recall.

Congress armed the agency for exactly this kind of situation in 2011’s FDA Food Safety Modernization Act (FSMA). The law authorized mandatory recalls when companies do not conduct them voluntarily for products that may cause “serious adverse health consequences or death” to people or animals.

The agency’s initial announcement, however, argued that “because scombrotoxin fish poisoning causes temporary or medically reversible adverse health consequences this incident did not meet the threshold for the use of FDA’s mandatory recall authority.”

This interpretation of the law fails to protect Americans from preventable illnesses. Scombrotoxin poisoning can cause serious adverse health consequences. Among the symptoms are nausea, headache, faintness, abdominal cramps, and diarrhea. According to the FDA, “severe cases may blur vision, and cause respiratory stress and swelling of the tongue.” Patients may require medical treatment such as intravenous fluids, oxygen, and antihistamines, and people with particularly serious reactions to the toxin have experienced cardiac complications and low blood pressure.

FDA’s decision in this case could set a dangerous precedent, one that may encourage companies to disregard requests for voluntary recalls or to challenge agency-mandated recalls on the grounds that the harm likely done by their products is not serious enough.

The agency’s response also runs counter to pledges by its leaders to “make more robust use of mandatory recall authority”—a power used just three times since FSMA’s enactment nine years ago. In November 2018, the FDA released final guidance to clarify for businesses when and how it will exercise this authority for potentially contaminated food. Then-Commissioner Scott Gottlieb explained the goal: “Our aim is to expand the appropriate use of our mandatory recall authority in cases where we have to intervene quickly to help protect consumers from unsafe products.”

The ongoing outbreak of scombrotoxin poisoning presents a crucial test of this commitment. The agency’s overly restrictive interpretation of “serious adverse health consequences” undermines both the letter and the spirit of FSMA. FDA leaders should reconsider their response in this case and, going forward, should make greater use of mandatory recall authority to protect the public from preventable foodborne infections. 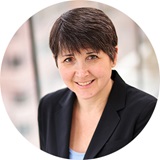