Deep-set buoy gear, a new type of equipment that commercial fishermen can use to catch swordfish, has been shown to limit the capture of whales, dolphins, sea turtles, and other nontargeted species, particularly when compared to more traditional fishing methods. Now, a new study in the waters off Southern California shows that bigeye thresher sharks caught on that gear have high survival rates when released, which is the common practice among fishermen.

The innovative gear enables fishermen to set baited hooks at a depth of around 1,200 feet, where swordfish (Xiphias gladius) commonly feed during the day and is a viable alternative to drift gillnets and longlines, which are set shallower in the water column and capture a higher percentage of nontargeted species. The gear also includes a strike detection system—a buoy with a line running to each hook—that allows fishers to quickly spot a strike.

Swordfish off Southern California typically move from deep, cold waters during the day to shallow, warmer waters overnight. Bigeye thresher sharks follow the same pattern and can also be caught by deep-set buoy gear. Although those sharks are marketable, fishermen tend to release them to save space for swordfish because of their higher market value.

The study used satellite tools to track 14 bigeye thresher sharks for 30 days to determine whether they survived following release from deep-set buoy gear. The researchers found that 12 of the sharks survived. Of the two remaining, one died immediately, and another was preyed upon six hours after its release.

The study also found that while the day-to-night vertical migration patterns of bigeye thresher sharks are similar to those of swordfish, the sharks might occupy a slightly deeper area during the day; the researchers concluded that more data are needed to verify and quantify this. If validated, this finding could help fishermen further calibrate buoy gear deployment to minimize shark bycatch while maximizing swordfish catch.

The researchers also learned that the sharks travel to a region off the coast of southern Baja California—up to 1,300 kilometers (more than 800 miles) from where they were tagged. The finding provides evidence of their highly migratory nature and insight into the number of fisheries this species passes through. 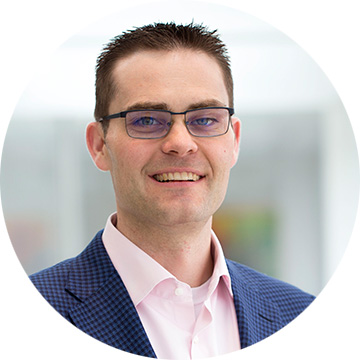