Editor's note: This story has been updated to clarify that Hawaii has a de facto statewide plastic bag ban, because most of its jurisdictions do, but no state law.

Maine had set Earth Day 2020 as the kickoff date for its plastic bag ban. But after the pandemic hit, the state gave struggling businesses until this July to comply.

Now, with momentum already faltering, some lawmakers want to scrap the ban.

They seized on the delay to write three pieces of legislation that would kill the ban altogether. While the Environment and Natural Resources Committee voted to keep the ban in place, the issue will still go to the full legislature, fanning the flames of the repeal effort.

Maine Rep. Jeffrey Hanley, a Republican who opposes the bag ban, said the governor’s decision to delay implementation provided an example for opponents to build on.

“People who sponsored these bills realized that it had been curtailed for a year so let’s continue with it,” he said in a phone interview from his home in Pittston, Maine. He noted the “ban the bag” effort had been “going on for eight years” before it finally passed, and opinion is still split among lawmakers and constituents in the state.

“The argument is to make everyone panic-stricken about something that’s not real,” he said, maintaining there’s not much of a problem with the bags in the rural northern part of the state that he represents.

The movement to eliminate plastic bags had been advancing in the past few years, with states from New York to California banning them. The bags—a source of pollution, a danger to wildlife and a jamming risk to automatic recycling machines—have been targeted by environmental groups as a menace.

But the pandemic gave fuel to critics and the plastic industry, who cited supply problems and fears of germ transmission early in the crisis, and who now argue that bag bans burden struggling businesses.

Zachary Taylor, director of the American Recyclable Plastic Bag Alliance, a plastics industry group, testified to the Maine committee that the state should “repeal its ban on plastic bags, evaluate alternative approaches to achieve the state’s sustainability objectives, and possibly consider a different policy when the pandemic is behind us.”

But supporters say Maine and other states should keep the bans because they are a significant step toward reducing reliance on fossil fuels and limiting climate change.

“In the middle of a worldwide pandemic it’s understandable that there will be temporary adjustments and priorities are reshuffled to deal with the immediate emergency, but over the long term the climate crisis is like a moving train that’s still coming down the track,” said Eric Goldstein, a senior attorney for the Natural Resources Defense Council, a national environmental group.

“There are multiple actions that need to be taken to slow things down and avert the worst impacts, and one of them is reducing the amount of throwaway plastics that are not only a major pollution source but also a financial anchor to the fossil fuel industry.”

A similar situation is playing out in Philadelphia, where it took more than a decade to implement a ban on plastic grocery bags.

Philadelphia’s ban, approved in 2019, was to begin July 1, 2020. But with businesses under tight restrictions and restaurants relying on takeout to stay afloat, city officials first pushed it to Jan. 1, 2021, and then to July 1. Spurred by the pandemic-induced delay, some state lawmakers want to crush the ban altogether.

The Pennsylvania legislature slipped a provision into an unrelated bill last summer prohibiting cities from unilaterally enacting a bag ban.

Senate President Pro Tempore Jake Corman, a Republican whose district includes a plastic bag factory, has long fought the bag ban and during debate last summer used the pandemic to bolster his stance.

A spokesperson for Corman told local NPR affiliates that the senator thinks that “now is not the time to be banning plastic bags made from recycled materials when grocery stores have actually banned shoppers from bringing reusable bags into the stores due to concerns over spreading the virus.”

Philadelphia, Lower Merion Township and the boroughs of West Chester and Narberth—all of which have plastic bag ban laws either enacted or pending—sued Pennsylvania over the “state preemption” of local laws. Philadelphia is going ahead with its plans, pending the outcome of the suit.

Many jurisdictions began charging fees for plastic bags, along with fees for other types of plastic, as a way to encourage customers to bring their own reusable bags to stores and carryout restaurants.

Eight states and many jurisdictions have plastic bag bans on the books, according to the National Conference of State Legislatures. California, which led the way with a single-use plastic bag ban in 2016, temporarily scrapped the regulation in April 2020 due to COVID-19, but brought it back 60 days later.

Connecticut, Delaware, Maine, New York and Oregon have plastic bag bans. Hawaii has a de facto statewide bag ban, because most of its jurisdictions do, but no state law, and Vermont's ban includes restrictions on single-use straws and polystyrene containers, according to the NCSL tally. Hawaii’s most populous city, Honolulu, also outlaws other single-use items such as plastic forks.

The Money in Recycling Has Vanished; What Do States, Cities Do Now?

The Money in Recycling Has Vanished; What Do States, Cities Do Now?

A drop in global commodity prices is forcing states and cities to re-examine their recycling programs and goals.

In Massachusetts, where many municipalities have banned single-use plastic bags, Republican Gov. Charlie Baker in March 2020 banned people from bringing their own bags to stores and lifted local bag restrictions. But by July he reversed course and allowed cities with plastic bag bans to reinstate them.

Washington state has passed a bag ban, but pushed back implementation due to the pandemic. With the pandemic came fears of virus transmission by surfaces of reusable bags.

The Plastics Industry Association wrote a letter last March urging the federal Department of Health and Human Services to declare that plastic bags are safe, arguing plastics “are the most sanitary choice” and claiming that reusable bags “carry viruses and bacteria.” The department never took that stance.

As the pandemic went on, public health officials focused on precautions against airborne rather than surface transmission.

“Back in March of last year, we really didn’t know very much about COVID-19 and how it was transmitted,” said Jennie Romer, an attorney with the Surfrider environmental organization based in San Clemente, California. “The plastics industry letter relied upon studies … the American Chemistry Council had paid for to look at bacteria in reusable bags. The study said people should wash reusable bags like they wash anything else.”

In addition, the plastics industry seized on the problems created by the pandemic to press its argument that plastic bag bans and fees, as well as restrictions on other single-use plastics, hurt businesses even in non-pandemic times, and interfere with public choice.

Despite plastic bag bans in places like California showing signs of success, a growing number of states are enacting prohibitions on banning plastic bags.&nbsp;

Taylor of the plastic bag alliance said now is the time for a “broader discussion on whether these [bag ban] policies are delivering for business as they try to come out of the pandemic or whether they should be given continued flexibility.”

“From our perspective the delays proved that there is an important place in the marketplace for these [plastic] bags,” he said in a phone interview. “People have changed their behaviors, shopping for groceries differently, and ordering takeout more.”

But while environmental groups generally accepted moratoriums on bag bans at the beginning of the pandemic, understanding the stress all businesses were under, most are calling for restoration of the laws soon.

“There was largely a temporary pause in the momentum for carryout bag laws in the United States due to the pandemic as soon as COVID-19 happened,” said Surfrider’s Romer. “The plastics industry got out in front of the issue, did a lot of media, and reached out to legislators, saying that reusable bags would transmit the virus. We had to do a lot of work to combat those claims.”

Like some other Pennsylvania municipalities, Bethlehem had been considering a bag ban but put the issue on the back burner once the pandemic hit.

“Personally, I think [bag bans] are very difficult,” said Lisa Dell’Alba, 42, who runs a chain of seven family-owned convenience stores in Pennsylvania, based in Bethlehem.

If a ban went into effect, she said, “our plan was to have customers use their own bags, but in a convenience store? Not only that, but a lot of times when people come into stores with large bags, it’s not because they are environmentally conscious, it’s because they are planning to steal stuff.”

With the pandemic already hurting business, a bag regulation at her stores, Square One Markets, would be “very challenging to navigate, for sure,” she said.

At present, she said, plastic bags are offered in her stores. About half the customers take them.

Washington state’s ban was scheduled to take effect this past January, but Democratic Gov. Jay Inslee delayed implementation until the state of emergency ended, noting “there is a significant increase in consumer demand for takeout food and grocers, both of which have increased the use of paper and plastic bags, and other alternatives to single-use bags are not available in ample quantities.”

A bill moving through the Washington legislature would push the ban back until July 1.

Democratic state Rep. Strom Peterson, who has been championing plastic bag bans for a decade, said in a phone interview that the bill stung. But he said he understands the problems the grocery and takeout food industries are facing, partially because he has operated the Cheesemonger’s Table, a soup and sandwich restaurant in Edmonds, Washington, for 20 years.

“We all agreed that as much as it pained us, this is what we needed to do temporarily,” he said. “We are ready to implement this when everybody can take a breath and the supply chain is normalized.”

But Logan Welde, legislative director of the Clean Air Council, an environmental group, disagreed. He said in a phone interview that letting the plastic bans go into effect even amid the pandemic would have made things easier for businesses, not harder, since people would have continued to bring their own bags to stores.

“In New York, it’s like night and day,” he said. “Before, you would see plastic bags everywhere. After the ban, you do not see plastic bags. If you see one, it’s like an experience. When those laws are in place, they are effective.”

He said getting people to bring their own bags, even to carryout restaurants, is straightforward.

“The easiest ways to solve the environmental crisis are the simplest things, like bring your own bag,” he said. “If it’s raining, we bring our own umbrella, right?”

Small towns have had to scale back the types of recyclables they accept. 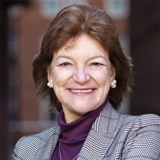