Find out more about the success of the state’s marine sanctuaries.

Off the coast between Sydney and Brisbane, encircling Norfolk and Lord Howe Islands, what’s known as the temperate east marine region is recognised as an area of global significance for a number of its protected marine species. Several seamount ridges run parallel to the coastline, and scientists have recently discovered that they support hundreds of species of marine life, including deep-water sharks found only in Australia and some marine species previously unknown to science.

Pew leads a coalition of conservation and science organisations that helped to secure protection for unique marine life in the temperate east in eight reserves, including sanctuaries.

Pew is taking an evidence-based approach to demonstrate the importance of marine sanctuaries and the economic, environmental and social benefits they provide for all Australians.

We are working alongside dive tourism operators, anglers, local communities, businesses and marine scientists to ensure that the nation’s network of marine sanctuaries is strengthened and that its shared ocean heritage is properly cared for.

Some of Australia’s most established marine sanctuaries are located in state-managed waters along the NSW coast, including Jervis and Batemans bays on the south coast and Port Macquarie, Solitary Islands and Cape Byron on the north coast. All are successful examples of world-class conservation working in tandem with recreation.

Pew is collaborating with other members of the Save Our Marine Life coalition to reinforce the value of sanctuaries for both people and nature. 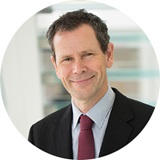