A new federal proposal to help Americans repay their student loans would make repayments more affordable for many borrowers but should be improved to better benefit those most at risk of delinquency and default. That’s what The Pew Charitable Trusts found when it modeled scenarios of how the proposed Expanded Income-Contingent Repayment (EICR) plan would affect repayments compared with an existing plan, the Revised Pay As You Earn (REPAYE) program. Both the proposed and existing programs are income-driven repayment plans, which tie monthly payments to the borrower’s income.

Pew detailed its new findings in a recent letter to Under Secretary of Education James Kvaal. On Dec. 6, the Department of Education held its third and final negotiated rulemaking session to discuss proposed changes to several regulations on affordability of student loans. Prior Pew research has found that although existing income-driven plans offer affordable payments and reduced risk of delinquency and default to many borrowers, they still present barriers to successful repayment for others. These barriers include unaffordable payments, increased balances over time, and confusing enrollment requirements.

The purpose of the letter is to help the Department of Education better understand how the new proposed plan could affect payment affordability and balance growth for borrowers with a range of life circumstances.

The letter compares repayment outcomes under REPAYE with those under EICR for borrowers across these hypothetical scenarios:

By revising the EICR proposal, the Department of Education could help borrowers who are most at risk of delinquency and default, many of whom have low incomes, repay their loans on time without undue hardship. As the department finalizes its draft rule for the new plan—and in any future income-driven repayment program—it should consider addressing balance growth and barriers to enrollment through, for example, an expanded interest subsidy. Or it could implement a tool that tracks progress toward income-driven repayment plan forgiveness, along with consideration of whether forms of incremental forgiveness are administratively feasible. And it should allow defaulted borrowers to enroll directly in income-driven plans.

Further, continued implementation of the Fostering Undergraduate Talent by Unlocking Resources for Education (FUTURE) Act, which enables the Internal Revenue Service to automatically share income data for borrowers who authorize it, would lessen the burden on borrowers of the annual recertification process for income-driven plans, making it easier for borrowers to enroll and remain in these plans. 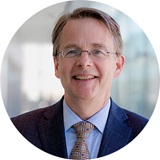 Today, approximately 43 million Americans hold a federal student loan. When these borrowers fall behind on payments, they become delinquent on their loans; once the loans reach 270 days past due, borrowers are in default.