Fishery managers approved sweeping new rules to prevent overfishing and protect species in the Gulf of Mexico from Florida to Texas.

New fishing limits cover about two dozen species, ranging from various snappers and groupers to jacks, tilefish and royal red shrimp. Most of these species had no fishing limits in place. Some have size limits; others have bag or trip limits that restrict the take per fisherman but those rules alone do not adequately limit the overall amount of fish removed from the ocean.

The idea is to avoid what happened with South Atlantic red snapper. The fish is in such severe trouble that a total fishing moratorium from North Carolina to Florida was approved in 2010 to save the species. Waiting for a crisis before acting is poor fishery management that has allowed overfishing to deplete too many valuable fish species, including at least four in the Gulf of Mexico alone, causing dire economic consequences. This new approach would put fishery managers ahead of the curve. They can better judge when species are declining so they can act in time. Limits can be adjusted as conditions change.

This strategy also helps address consequences of the Gulf gag grouper fishing moratorium closure and the already shortened red snapper season. Without those species to target, anglers will shift focus to other fish, which could lead to unhealthy population levels. This comprehensive plan takes a big-picture look at fish and fishing, helps avoid future problems and sets the course for a healthy, balanced ocean ecosystem.

The new system will keep a tighter rein on how many fish are caught. If fishermen catch more than permitted, managers may use a number of methods to keep future catch within permitted levels or make up for the excess, including reducing limits in the short term or establishing shorter fishing seasons. In the past, rules were weakly enforced for fisheries that had quotas and limits were routinely exceeded in some cases. With better control, the limits have a stronger chance of keeping fish populations healthy. 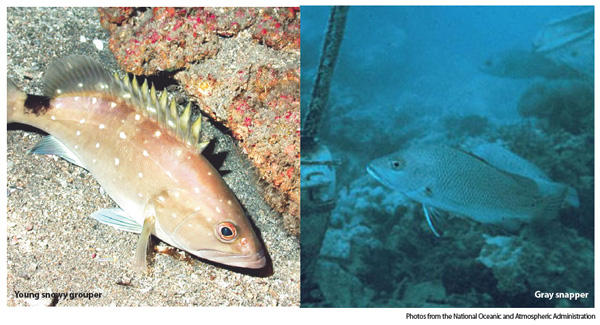 In regions with a wide diversity of fish species, it may not be economically feasible to conduct a conventional stock assessment for each species. In those cases, other types of information such as historic commercial and recreational catch numbers and basic biology can be used to establish catch limits to prevent overfishing.

For stocks without a conventional stock assessment, scientists have recommended setting limits near today's average catch to ensure enough fish remain for a healthy population while maintaining ample fishing opportunity.
In most cases, fishermen probably will see little change.