To Save Its Renowned Nature, Australia Invests More in Indigenous Management
Pew.Feature.Toolbar.Share

Australia is a continent that faces unique pressures, particularly from introduced species and catastrophic wildfires exacerbated by rapidly changing climate. Indigenous Australians have lived throughout the continent for millennia and know best how to manage many of those pressures. Aboriginal and Torres Strait Islander peoples have developed an intimate understanding of their homelands’ nature and seasons, including the role that fire has in the natural world’s regeneration and preservation.

In recent decades, the Australian Government has been moving toward recognising the knowledge and leadership Indigenous Australians have shown in protecting more of their lands through the highly successful Indigenous Protected Areas (IPAs) program. Under the program, which started in 1998, the country has designated 81 IPAs covering more than 85 million hectares of land and 4 million hectares of sea country.

But with more than 20% of Australia held, in some form, by Indigenous peoples, more IPAs are needed. These land and sea areas include some of Australia’s most exceptional natural environments, rich with native plants and animals—including many threatened species—that require ongoing care to survive. These areas are also home to some of the oldest artistic and cultural sites in the world.

IPAs are partnerships led by Traditional Owners (Aboriginal people with certain rights and responsibilities in relation to land or sea) and supported by the Australian Government. They build community and strengthen local governance—for example, by supporting people in applying Indigenous ecological knowledge, fostering cultural ties within Indigenous groups, passing knowledge from Elders to younger community members and protecting sacred sites.

Decision-making, conservation planning, and management work within IPAs is led by Traditional Owners through their local land and sea management organisations, in agreement with the Government. IPA plans also prioritise the management of key Outback environmental threats, such as feral animals, invasive weeds and destructive wildfires. Work can also include protecting rock art, collaborating with researchers, managing fires for the best outcomes for people and nature, and welcoming visitors.

Further, IPAs typically create a highly productive means for Traditional Owners to develop and strengthen partnerships with state and federal agencies and other stakeholders, such as non-profit conservation groups, local industry and research organisations. As the leaders and primary managers of IPAs, Traditional Owners are the central drivers of key decisions applying to their estates.

In September 2021, the Government announced consultation funding to develop 7 new IPAs encompassing 3.7 million hectares. The proposed IPAs stretch from the Torres Strait and Cape York regions of Queensland across to the Kimberley and Pilbara areas of Western Australia; developing full management plans will take several years.

Over the coming years, with millions of more hectares of IPAs planned, these areas are expected to make up more than 50% of Australia's National Reserve System and will be key to the country meeting its domestic and international responsibilities to manage nature and protect important cultural values.

Long-term work by the Country Needs People partnership of more than 40 frontline Indigenous land and sea management groups has backed the growth and development of the IPA network, community-based Indigenous ranger jobs and protected area co-management initiatives around Australia. The Pew Charitable Trusts is proud to be a key supporter of Country Needs People.

Indigenous rangers are funded principally through the Australian Government’s Indigenous Ranger Program, which supports Traditional Owners in combining Indigenous traditional and local knowledge with other techniques to protect and care for the land and sea.

In a separate but related move, in March 2022 the Australian Government committed to doubling Indigenous ranger jobs throughout Australia, over time, with a $636 million investment in the program. The ambitious commitment to doubling ranger jobs by 2030 and increasing funding for IPAs was reiterated by the newly elected government in May, as part of its longstanding policy position.

Aboriginal and Torres Strait Islander peoples throughout Australia are driven by a strong will to sustain culture and connection to Country. Their work managing pressures on the landscape through locally driven organisations and initiatives such as Indigenous ranger programs are key to ensuring a viable future for sustainable management of Australia’s land and sea.

Indigenous Protected Areas and Indigenous rangers are world-leading examples of how governments and others can partner with Indigenous leadership in land and sea management. These programs are vital to local communities—for cultural, economic and environmental reasons—and Pew applauds the Australian Government for its continued commitment to these programs’ success. 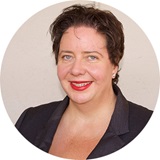