If you’ve ever eaten sushi, there’s a good chance that the sashimi or spicy tuna roll on your plate was caught by longline vessels plying waters managed by the Western and Central Pacific Fisheries Commission (WCPFC). This region of the Pacific is home to the world’s largest tuna fishery, worth $21 billion, according to the latest figures. Operating far from shore, sometimes spending more than a year at sea, longline fishing vessels catch valuable tunas and other fish by sending out miles of baited hooks. But because of the indiscriminate nature of this gear, these vessels also catch and kill other species, including vulnerable populations of oceanic whitetip and silky sharks, marlins, seabirds and turtles.

At the next virtual WCPFC meeting, Dec. 1-7, members will consider several proposals that would greatly improve management of the region’s longline tuna fishery. It’s critical that the WCPFC adopt all of the measures this year.

Here’s a closer look at these crucial proposals and the path forward.

Independent human observers provide key information on vessel activities, which informs stock assessments and helps fisheries managers ensure that conservation and management measures are implemented. Despite the valuable data these individuals provide, WCPFC-managed longliners are required to have observer coverage on only 5% of their fleet’s operations. In contrast, purse seine vessels must have independent observers monitor 100% of their operations.

Although getting human observers on lengthy longline fishing trips can be challenging, coverage can be expanded by complementing human observers with electronic monitoring (EM), which uses a combination of cameras, gear sensors and GPS to extend oversight to vessels that aren’t independently monitored. COVID-19 forced countries to pare back human observer coverage on vessels to protect human health, reducing the effective coverage in the longline fishery to just 3% and underscoring the urgent need for EM programs.

At the December meeting, the United States is proposing that the WCPFC double its minimum observer coverage in all longline fisheries to 10%. Also up for consideration is a proposal by the Pacific Islands Forum Fisheries Agency’s member countries for the WCPFC to commit to adopting EM standards in 2022 and establishing a regional electronic monitoring program by 2023. Adopting both of these proposals would increase oversight of the WCPFC’s longline fisheries and be an important step towards ensuring their sustainability and continued viability.

Oceanic whitetip, once one of the most abundant open-ocean sharks, is globally threatened by longline fishing activity and classified as critically endangered by the International Union for Conservation of Nature. Its status is particularly dire in the western and central Pacific, with less than 5% of the population remaining and existing conservation measures insufficient to prevent further declines. Since 2013, the WCPFC has banned retention, meaning that vessels in the region cannot keep any oceanic whitetip on board, even if it’s caught accidentally. Although this is a good starting point for rebuilding the population, additional measures—such as gear changes to avoid shark bycatch—are necessary.

Wire “leaders,” also known as steel trace, are used by longline vessels fishing for bigeye tuna, but when sharks are accidentally caught on the line, they’re unable to free themselves—and frequently die. Switching to nylon or monofilament leaders, which are easier for sharks to bite through, would reduce oceanic whitetip shark deaths and help give this population a chance to recover, while still allowing vessels to catch targeted tunas. A recent study presented to the WCPFC Scientific Committee found that banning wire leaders would reduce oceanic whitetip shark deaths by 36%. And a new proposal would require longline vessels to transition from wire to monofilament leaders. By adopting this measure, Commission members would be joining the United States and a host of other countries, including many Pacific island states, that have already switched to this less harmful gear.

Improving data collection on at-sea transshipment or transfers of fish

Transfers of fish between vessels at sea—known as transshipment—is an important component of some longline operators’ business models, with close to 1,500 transfers estimated to have taken place in the WCPFC’s jurisdiction in 2019, a 166% increase in five years. Current transshipment monitoring and controls are insufficient and continue to provide opportunities for illegal, unreported and unregulated fish to enter market supply chains. For instance, the Commission’s Secretariat does not receive individual reports from observers on at-sea transshipment, requiring only summarized reporting from the country or countries whose vessels are engaged in the witnessed activity. In addition, there’s no standardized form for observers, meaning that every observer records information differently. These data gaps compromise the Secretariat’s ability to monitor these activities appropriately.

At this meeting, the WCPFC must adopt minimum data standards for use by at-sea transshipment observers and must clearly specify that these reports are to be sent directly to the Secretariat. In addition, the WCPFC should adopt the Pacific Islands Forum Fisheries Agency’s proposal to review the results of ongoing efforts to examine a broader range of concerns and revise the current transshipment measure in 2022.

WCPFC members have brought forward important proposals addressing longline and related transshipment activity this year. It’s vital that the Commission agrees to adopt these measures in December to strengthen management of this billion-dollar fishery and support the long-term viability of both the industry and the affected populations on which it relies. Specifically, member states should embrace calls for increasing observer coverage, deploying electronic monitoring, eliminating wire leaders and closing loopholes in transshipment reporting.

Glen Holmes is an officer and Esther Wozniak is a principal associate with The Pew Charitable Trusts’ international fisheries project. 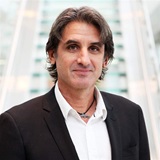 Rules for economically, ecologically, and culturally significant international fisheries—such as those for tuna and billfish species—are agreed to by governments cooperating through bodies known as regional fisheries management organizations, or RFMOs.

The COVID-19 pandemic has complicated fisheries management around the world, including in the roughly 20% of the ocean managed by the Western and Central Pacific Fisheries Commission (WCPFC). Meetings of the Commission that are normally held in person have been moved online, making it difficult for negotiators to connect. And independent fishery observers have been temporarily removed from vessels due to concerns over health risks.