‘No One Wants Green Water or Fish Dying on the Beaches’

North Carolina’s bays and estuaries attract millions of visitors from across the globe annually. The state has long been a leader in effective coastal conservation and is updating its Coastal Habitat Protection Plan (CHPP), which state agencies use as a guide. To learn more about the CHPP, The Pew Charitable Trusts, which is working with partners in the state to protect vital coastal habitats, spoke with Jess Hawkins, former chief of fisheries management for the North Carolina Division of Marine Fisheries and liaison with the Marine Fisheries Commission, a governor-appointed policy board. He now runs Crystal Coast Ecotours.

Q: Did you always want to work on coastal and marine issues?

A: I grew up at the end of a four-mile dirt road on the Pamlico River, which feeds a major estuary in North Carolina. One grandfather owned land along the river and turned it into Hawkins Beach, where people could swim, fish from the pier, or take out boats. I saw a variety of life in that brackish water, from bottlenose dolphins to blue crabs to largemouth bass, and even sharks. And I remember watching as thousands of acres of seagrasses that attracted huge waterfowl populations in the winter started to disappear, and algae and fish kills followed.

That grandfather also owned a farm; farming and fishing were the main jobs for a lot of people in eastern North Carolina then. My other grandfather came from Pennsylvania, and his father was the first person to catch the state fish, the red drum, with a rod and reel. I loved spending time on the water.

Q: North Carolina’s coast attracts tourists from all over the world, but tell us about the local communities.

A: The people who live here grew up fishing and hunting and appreciate the beauty and bountiful nature that we’re blessed with. They are very warm and accepting. They’re also independent and cautious and willing to adapt to what nature throws at them. In the coastal area I’m from, Carteret and Beaufort counties, people are used to being on the water, so they know how dynamic and powerful it can be. They adapt to nature so they can remain here, because it’s a wonderful way of life. And with so many universities and federal and state laboratories involved, Carteret County is a small town with a bigger perspective.

People from “off”—what we “downeasters” call people who moved here—also realize the natural beauty of the area. They want the water and habitats to be healthy and safe for swimming and fishing. North Carolina is in the top five states for number of recreational fishing trips and has a great history of commercial fishing. No one wants green water or fish dying on the beaches.

Q: Is water quality a unifying concept for North Carolinians?

A: You need good water quality. I’m an avid fisherman, and when I go fishing, I’d like to know I have a pretty good chance of catching a fish. A developer told me once that the key thing Carteret County has that other places don’t is the water. But in the 1970s and ’80s, so many fish in the Pamlico River had sores because of how bad the water was. People didn’t want to swim in the water. Real estate agents were asking what was going on, because people didn’t want to buy property.

If the water’s polluted, if people don’t want to use it or even look at it, you essentially lose that resource. There are different perspectives: Some see the natural resources, and some appreciate the economic value of clean water. But that grin on a child’s face when they catch their first fish: There’s no dollar figure that could capture that.

A: North Carolina was one of the first states to develop a coastal zone management plan in 1974. We saw the special nature of our coasts and decided to make sure they stayed special. In the 1990s, we revamped fisheries management to be more efficient and stable and developed the Coastal Habitat Protection Plan. That led to recommendations for water quality, habitat management, wildlife, and sediment pollution to help protect fishery resources.

The process brought people together to communicate about issues, document problems, consult the science about what might be causing them, and then try to address them. A team is a lot better than working separately in boxes; together, we built better mousetraps. For instance, when we identified that some shallow intertidal creeks serve as primary nursery areas for small fish, we prohibited certain fishing, stopped dredging there, and created stronger water quality standards.

And when it comes to shellfish, we know stormwater runoff can lead to closures. With so many excess nutrients in some of our rivers, we’ve seen more algae blooms in the last two years than in the previous 15. And urgency is growing with climate change. With this latest iteration of the CHPP, it’s time to seize the opportunity and implement changes.

Q. Has your perspective changed now that you’re a resident rather than a decision-maker?

A: As a manager I learned you can’t manage the natural resource; you manage the people who impact it. In my career, I was focused on managing the people who affected fish populations. When I retired, I knew I wanted to get back outside. I worked as an educator at the aquarium, and now in my ecotour business, I spend my time showing people the beauty and wonder of nature.

So many people care about the health of the coasts. They want to continue to live here and be good stewards of this resource. The next step is for them to be active stakeholders so the authorities who can make a difference understand how much it matters and keep our state moving forward. I hope people will learn about and give input on the CHPP in the coming months because it will guide management decisions into the future. 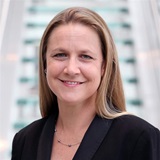 In coastal areas around the U.S., underwater seagrasses—which support myriad species, improve water quality, and protect shorelines from storms—are threatened by pollution. In some states, conservation measures are protecting and restoring this important coastal habitat.