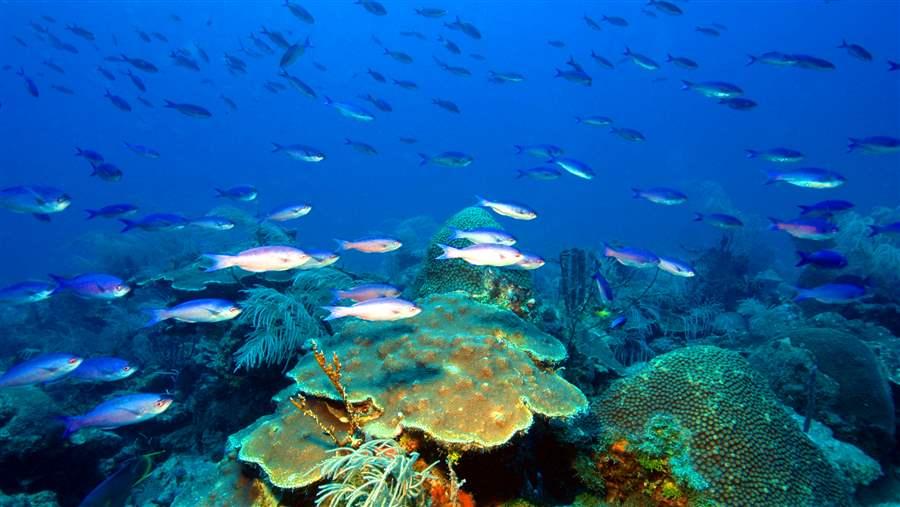 The South Atlantic Fishery Management Council, which sets fishing policy in federal waters from North Carolina to Florida, voted in March 2016 to protect five locations of 3 to 5 square miles each off Florida, North Carolina, and South Carolina. Fishing is still allowed at the surface but is prohibited in deeper waters where snappers and grouper gather to breed.

The measure is a victory for Southeast fishermen and fish alike because dedicating safe places for species to spawn should boost their numbers, especially for speckled hind, warsaw grouper, and other fish whose populations have plummeted to dangerously low levels. The measure could also aid in the recovery of such popular species as red and snowy grouper, which take longer than some other species to reach their best spawning years.

Creation of the spawning zones follows years of collaborative work by scientists, fishermen, conservationists, and fishery leaders who tapped new and existing research and decades of experience on the water to identify the best places and most effective strategies to protect spawning fish. This cooperative effort set the project on a course for success and will continue as the sites are monitored for performance. 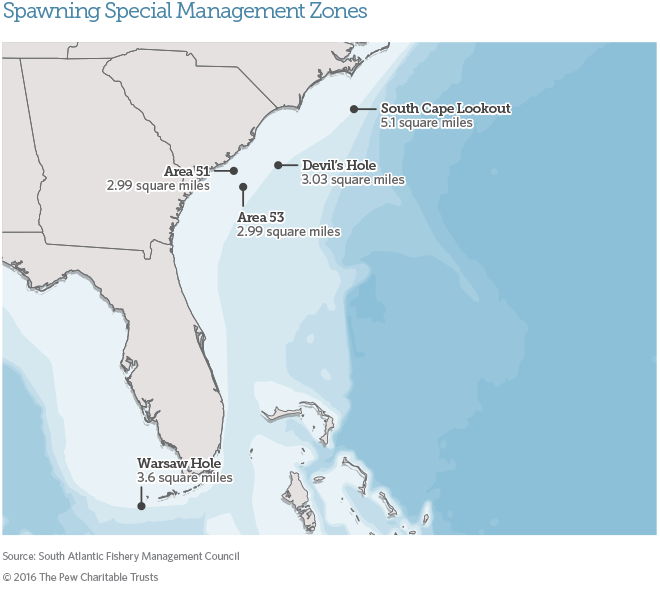 Protecting spawning sites has worked in other places in the Southeast, such as the Tortugas Ecological Reserve in the Florida Keys, where yellowtail and mutton snapper, and overfished species such as red grouper, increased in abundance and size after fishing was prohibited. Now, ocean currents are transporting fish larvae beyond the reserve, which could replenish nearby fishing grounds.

Holly Binns directs The Pew Charitable Trusts’ efforts to protect ocean life in the Gulf of Mexico, the U.S. South Atlantic, and the U.S. Caribbean. 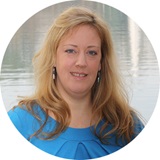