$9.5 Million From The Pew Center for Arts & Heritage to Support 30 Philadelphia Organizations and 12 Artist Fellowships
Pew.Feature.Toolbar.Share

PHILADELPHIA (Sept. 19, 2022)—The Pew Center for Arts & Heritage (the Center) announced its 2022 grants and fellowships today in support of cultural events and artistic work that will enliven and enrich the Philadelphia region and represent diverse identities, personal experiences, and historical narratives. The 42 awards total $9.5 million: $7.2 million in project funding, plus $1.4 million provided as unrestricted general operating support for the 30 local organizations receiving project grants, and $900,000 going to 12 Philadelphia-area artists as Pew fellowships.

Many of the newly funded projects spotlight artists and communities of color, engaging with topics such as the rich history of social dance within Philadelphia’s Black communities, the contributions of Japanese artists working in the U.S. in the mid-20th century, and the cultural traditions and contemporary practices of Mexican artists and migrants. Several projects will bring creative work to public spaces and nontraditional venues such as a public park, a community recreation center, and a botanical garden, while others will investigate historical archives to illuminate lesser-known stories.

Following a pivot to pandemic recovery funding for arts and heritage organizations in 2021, these 2022 grants mark a return to the Center’s project support for public programs and events, while its fellowships for Philadelphia’s artists—awarded annually since 1992—remain in place.

“We are heartened to see such dynamic and thoughtful work coming from the Philadelphia region’s institutions and artists, even as the sector continues to cope with ongoing challenges resulting from the pandemic,” said Paula Marincola, the Center’s executive director. “The local arts community remains deeply committed to serving audiences by offering resonant cultural experiences while evolving approaches to visitor services, health, and safety. The Center’s new grants affirm that the arts will continue to play a vital and necessary role in the civic life and economic success of our region.”

Following is a partial list of organizations and artists receiving awards and some of the topics this year’s grants will address. A full list of grantees and their awards is available at pewcenterarts.org/2022grants.

Project grants: This year’s grants to cultural institutions range from $75,000 to $300,000, plus an additional 20% in general operating support, bringing the maximum award to $360,000. The funded work will engage broad and varied audiences across the region through outdoor performances, public art installations, exhibitions in museum galleries and community spaces, films, and new music encompassing classical, jazz, hip-hop, traditional folk, and other genres.

Foregrounding artists and communities of color

Pew fellowships: This year’s Pew Fellows in the Arts are Philadelphia-area artists working in visual art, film, photography, literature, poetry, and multidisciplinary practices. In addition to an unrestricted award of $75,000, a fellowship includes focused professional advancement resources such as financial counseling and career development workshops. Among the fellows are: 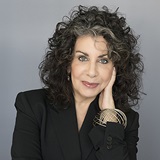