The city of Philadelphia has improved its performance on collecting delinquent property taxes, according to a new analysis by The Pew Charitable Trusts.

The analysis covers 2013, the latest year for which complete comparable data were available. For that year, Philadelphia reported that 6 percent of property owners did not pay their tax bills in the year the money was due. That figure was down from 6.8 percent in 2012 and 9 percent in 2011. It represents the strongest tax collection performance since 2008, according to city data.

In a previous report that focused on 2011 property tax delinquency data, Pew compared Philadelphia with 35 other cities. Using these cities again for comparison, our analysis of 2013 data shows that Philadelphia’s same- year delinquency rate remained roughly double the median rate of 2.7 percent. This median rate dropped from 3 percent a year earlier, and from 3.8 percent in 2011. 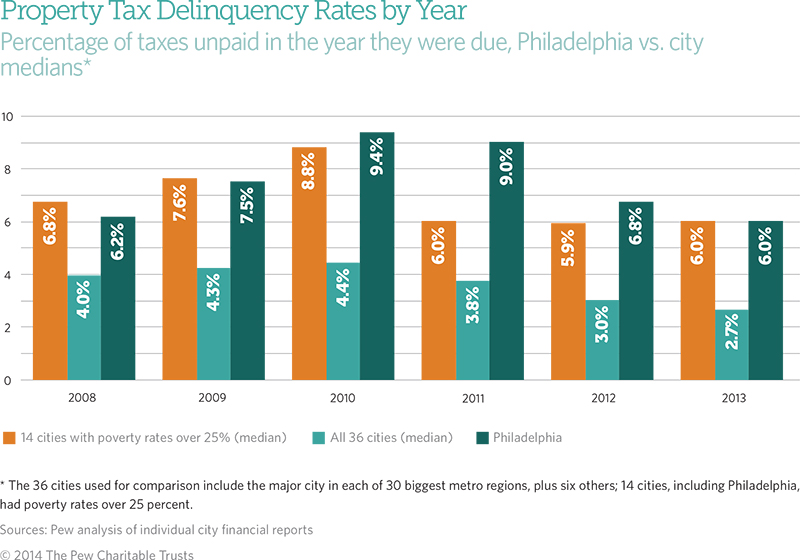 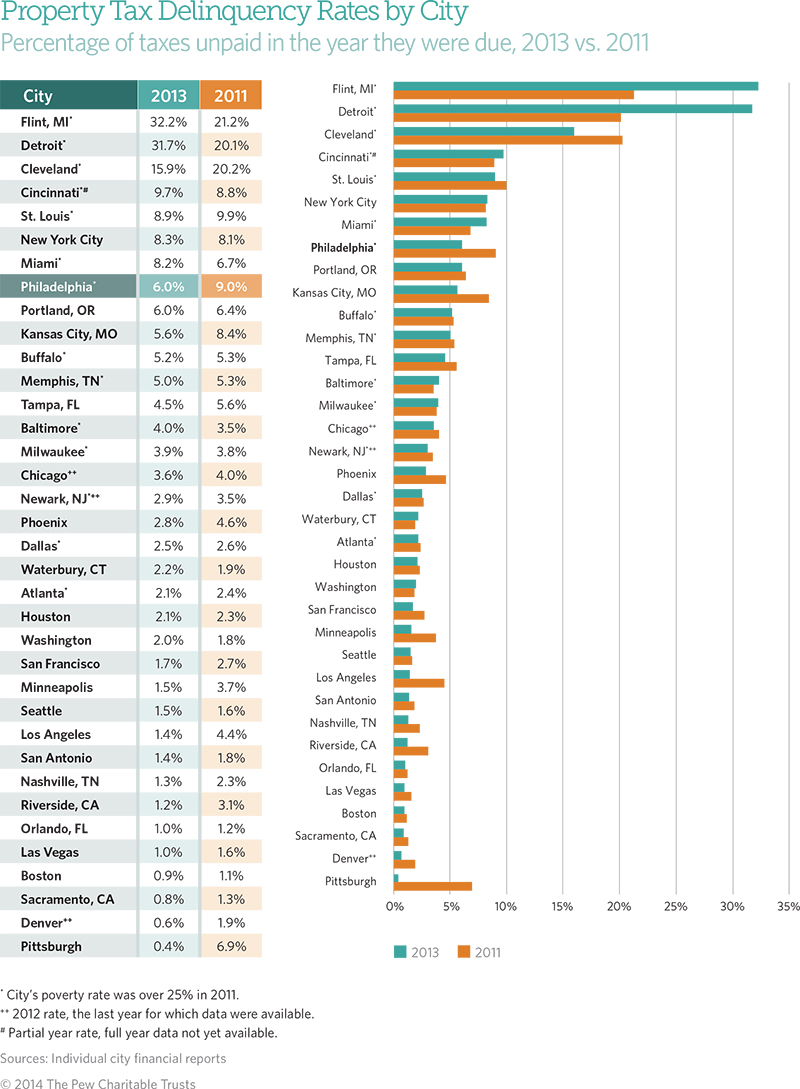 This comparison is based on analysis of financial documents from the 36 cities, which include the core cities in each of the nation’s 30 largest metropolitan regions, plus six other cities that have poverty rates of more than 25 percent, such as Philadelphia, or have been considered innovators in dealing with tax delinquency. For more information on factors that affect delinquency rates, read Pew’s previous report, Delinquent Property Tax in Philadelphia: Stark Challenges and Realistic Goals.