This analysis was updated on Oct. 1, 2019 to reflect the most recent data.

The FDA’s 2017 rule was an important first step. Pharmaceutical company estimates show that the amount of all medically important antibiotics sold for use in food-producing animals decreased more than 30 percent in 2017 compared with the previous year. However, sales increased during the same time frame for medically important antibiotics administered through routes other than feed and water, such as injectable, oral, or topical antibiotics and those administered directly into a cow’s udder. This may reflect a shift toward increased use of these products. In fact, in 2017, approximately 1 million pounds of medically important antibiotics were sold for use in food-producing animals via routes other than feed or water, including several drugs that the World Health Organization (WHO) considers critical to human health and that should be carefully managed.

Injectable antibiotic use is common in U.S. agriculture

Data show that across animal species, farmers are  able to access products that require a prescription, including cephalosporins and amphenicols for beef cattle, fluoroquinolones and cephalosporins for swine, and amphenicols and lincosamides for dairy cattle. On a volume basis, about half of the medically important antibiotics sold in 2017 for administration by routes other than feed or water were sold under prescription.

Despite some regional shortages, many farmers routinely access veterinary services

Farmers can legally use prescription drugs only under the direction of a veterinarian with whom they have established a valid veterinarian-client-patient-relationship (VCPR). These formalized relationships outline roles and responsibilities, including the need for a veterinary diagnosis and timely farm visits. Assuming that all these criteria are met, veterinarians may not need to examine affected animals each time a producer administers a prescription drug. The survey data suggest that in 2016, nearly 84 percent of small feedlots and 88 percent of small swine operations had a VCPR in place. Although American Veterinary Medical Association surveys suggest that the fraction of food animal practitioners appears to have remained relatively steady over the past decade, certain areas of the country experience shortages. Veterinary extension services can help address regional veterinary shortages, as can federal or state-run student loan repayment programs and veterinary school initiatives that help attract veterinarians to underserved areas. Such programs are important to ensure that all farmers have ready access to trained veterinarians and the services they provide. Veterinarians are taught to determine whether and when animals need an antibiotic and which product, dosage, duration, and administration route may be most appropriate. This background allows veterinarians to help livestock producers make wise decisions on animal health and administration of antibiotics.

Using antibiotics judiciously will help extend their effectiveness and slow the rise of resistant microbes that threaten both animal and human health. If the smooth implementation of the FDA’s far more sweeping policies for the use of antibiotics in feed and water antibiotics is any indication, requiring veterinary oversight for all medically important antibiotics—no matter how they are administered—should not create insurmountable access challenges for farmers.

Karin Hoelzer, a veterinarian by training, leads The Pew Charitable Trusts’ work on antibiotic use in animal agriculture. 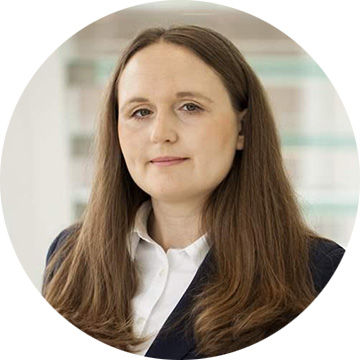