When Americans borrow money, most use credit cards, loans from banks or credit unions, or financing from retailers or manufacturers. Those with low credit scores sometimes borrow from payday or auto title lenders, which have been the subject of significant research and regulatory scrutiny in recent years.

Another segment of the nonbank consumer credit market—installment loans— has not been as well studied. Approximately 10 million Americans use installment loans annually, spending more than $10 billion on fees and interest to borrow amounts ranging from $100 to more than $10,000. Lenders offer these loans at roughly 14,000 stores in 44 states. The largest has a wider geographic presence than any bank and has at least one branch within 25 miles of 87 percent of the U.S. population.

Pew’s latest research notes that installment loans can be safer, more affordable alternatives to other high-cost credit products like payday or auto title loans. But state laws governing these loans are not strong enough to prevent lending practices that obscure the true cost of borrowing and put customers at financial risk. Customers are not protected from front-loaded origination or acquisition fees, stated annual percentage rates that do not reflect the total costs of the loans plus ancillary products, and the selling of credit insurance and other low-value products with upfront premiums.

Refinancing an installment loan may make sense for some consumers, but large upfront fees and front-loading finance charges disproportionately harm those who do so.

Nonrefundable origination fees make the first months of the loan the most expensive for the consumer and the most profitable for the lender. Many state laws allow and even encourage these practices rather than requiring that monthly fees be spread evenly over the life of the loan. Front-loaded fees give lenders a strong incentive to refinance loans to generate more of these lucrative early months. Each year, about 2 in 3 loans are consecutively refinanced, which prolongs indebtedness and substantially increases the cost of borrowing, especially when origination or other upfront fees like credit insurance premiums are reapplied.

When loan contracts include credit insurance or other ancillary products, the lump-sum premiums or other charges are financed, which increases both the total amount borrowed and the amount of interest the borrower pays. The cost of these products does not count toward the stated APR, resulting in loan agreements where the rate stated in the contract is often significantly lower than the “all-in” APR - the annual percentage rate a borrower pays after all costs are calculated.

This practice enables installment lenders to contractually comply with state interest-rate caps while issuing loans with all-in APRs that often exceed those regulations. It also conceals the all-in APRs from borrowers, which makes it extremely difficult for consumers to evaluate credit products and compare costs.

Pew’s research indicates that when states set rate limits under which consumer finance companies cannot make loans profitably, lenders sell credit insurance to earn revenue that they are not permitted to generate through interest or fees. In one fiscal year, five of the largest national installment lenders reported combined revenue of more than $450 million from ancillary products.

To improve outcomes for consumers who use installment loans and reform payday and other high-cost loans, lenders and policymakers should embrace sensible safeguards that align the interests of borrowers and lenders, including:

These improvements to state laws would allow installment loans to evolve into safer, more affordable alternatives to other nonbank credit and to better serve customers who have few good options today. 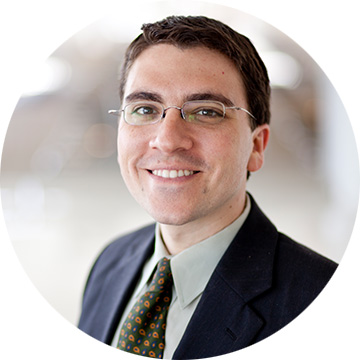