It’s known as the Grand Canyon of the Arkansas River, a dramatic narrow gorge up to 1,250 feet deep that runs like a ribbon through approximately 668,000 acres of public lands administered by the Bureau of Land Management (BLM) west of Pueblo, Colorado. The chasm—officially called the Royal Gorge—and surrounding area are popular with whitewater boaters, anglers, hikers, hunters, and others seeking adventure, Rocky Mountain scenery, and an abundance of wildlife.

The lands also play an essential role in the economies of nearby Salida and Cañon City. In 2015, the 1.2 million “quiet recreation” (nonmotorized activities) visits to BLM lands in eastern Colorado contributed $54.3 million in direct spending to the local economies.

Unfortunately these lands face an imminent threat—from the very agency that is tasked with managing them. As it does every 20 years, BLM issued a draft proposal for how it plans to manage the eastern Colorado lands. The agency’s chosen direction—known as its preferred alternative—would leave 98 percent of these lands open to oil and gas development, roll back existing protections, and fail to provide appropriate management guidance for the area’s wildest lands.

Despite BLM’s own findings that 190,000 acres of this region qualify as “lands with wilderness characteristics”—natural areas with excellent opportunities for solitude or for primitive, unconfined recreation—the preferred alternative would protect less than 1 percent of the management area for these values. Furthermore, the management prescriptions laid out for this small acreage would not even preserve its wilderness characteristics.

BLM also proposes to remove approximately 23,000 acres of areas of critical environmental concern (ACECs), which are lands set aside to preserve special plant, wildlife, cultural, or other values. Within the draft plan, BLM’s interdisciplinary team analyzes all existing ACECs as well as new ACECs proposed by the agency and the public. BLM finds that over 101,000 acres meet the criteria for ACECs, yet the preferred alternative would remove large areas of existing ACECs and add no new ones.

Among the ACECs that would be eliminated is the 12,081-acre Beaver Creek ACEC, which contains habitat for the threatened Mexican spotted owl. The Ruby Mountain and Railroad Gulch ACEC, which borders the Browns Canyon National Monument, also would be eliminated, despite its significant value to raptors and bighorn sheep and the fact that BLM notes that these lands are considered “very important to the integrity and management of this canyon environment.” BLM has a statutory obligation to prioritize the designation and protection of ACECs. By eliminating ACECs, the agency would be shirking its responsibility to the public to manage lands for multiple uses.

Other special lands within the planning area—including Reinecker Ridge, where 20,000-year-old woolly mammoth fossils and bones have been found—would be left without adequate management protections to prevent development and fragmentation. Reinecker Ridge is also high in biodiversity because of its rich and unique wetlands and grasslands.  Among the wild animals that make their homes here are Canadian lynx, boreal toads, bobcats, moose, deer, ermines, goshawks, golden eagles, great horned owls, burrowing owls, and migratory snowy owls.

The BLM preferred plan would place only 2 percent of the eastern Colorado planning area off limits to oil and gas development, include no protection for the lands found to contain wilderness characteristics, and remove existing conservation measures needed to protect birds and wildlife.

BLM still has a chance to get its final plan right and to find a better balance between development and conservation to help ensure that these intact public lands, the recreational opportunities they provide, and the wildlife and economies that depend on them are sustained into the future.

For more information and to provide input to the BLM about the lands affected by this planning process, please visit our action alert page. 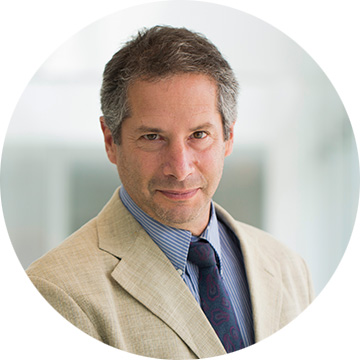 There are many reasons Americans love their public lands. Many of these wide-open spaces are overseen by the Bureau of Land Management (BLM), contain breathtaking vistas and often serve as important habitat for a variety of species.