The nation’s three federal bank regulators—the Federal Deposit Insurance Corp. (FDIC), Federal Reserve Board, and Office of the Comptroller of the Currency (OCC)—have agreed to pursue joint action on small-dollar lending, according to FDIC Chairman Jelena McWilliams. To date, most banks have not offered small installment loans because of regulatory uncertainty, but an announcement from these agencies clarifying their expectations could substantially boost the market for alternatives to payday and similar high-cost loans.

Depending on the choices that regulators make in the next few months, borrowers could see a return to costly single-payment deposit advances, payday loans that had been offered by some banks, or they could gain access to much more affordable small installment loans, which are repayable over multiple paychecks and generally have terms of more than 45 days. Their deliberations probably will lead to one of three broad outcomes:

Before 2014, there were no bank regulator guidelines on affordable alternatives to payday loans, or restrictions on balloon-payment payday loans, known as deposit advances. At that time, banks had no large-scale affordable small-dollar loan programs. Instead, six banks nationwide, including some large ones, issued deposit advances. The most common pricing was 10 percent per pay period, which translates into a 260 percent APR for a two-week loan.

As with payday loans, most borrowers could not afford to both repay the loans and cover their expenses, so they repaid the loans and quickly took out new ones again and again. But deposit advance lending sharply declined after regulators issued guidance discouraging it in early 2014. If regulators allow such lending again, deposit advances are likely to return. Banks would be unlikely to provide affordable small installment loan alternatives if regulators do not set clear guidelines that encourage this option.

A Return to the Policies in Effect Before 2014

If regulators retain the deposit advance guidance that the FDIC finalized in 2014, and if it applies to all small loans, banks are unlikely to offer credit to consumers who today turn to high-cost nonbank loans. The guidance discourages loans that pose serious risks to consumers, such as balloon-payment deposit advances, but its stringent underwriting requirements also could discourage banks from offering lower-cost small installment loans. Broad application of the deposit advance guidance to all small loans would probably result in conditions similar to those in the 2014-18 period, when minimal bank-issued small credit was available.

*One bank offered a lower-cost version of deposit advance during this time to certain customers.

Bank regulators’ third option would be to apply the deposit advance guidance to short-term loans (single-payment loans or those with terms of 45 days or less) and also set clear guidelines—along the lines of the those published by the OCC in May 2018—for small installment loans with terms longer than 45 days. Such clarity would steer banks away from deposit advances with balloon payments and three-digit APRs, which worked poorly for consumers before 2014, while welcoming small installment loans repaid over time with simple but strong underwriting and two-digit APRs—similar to the Simple Loan product that U.S. Bank launched in September.

An Updated Approach That Benefits Consumers

Scenario 3 would most benefit payday loan borrowers and has the greatest public support. In a 2017 survey, The Pew Charitable Trusts gauged perceptions of various options. Eighty percent of the public and 86 percent of payday loan borrowers viewed as fair a potential $400 three-month installment loan at a cost of $60. Meanwhile, 70 percent of respondents said they would view a bank more positively if it made such loans. Even though the loans would have interest rates higher than credit cards, the public viewed  them positively because they cost six times less than payday loans. Only 1 in 5 said a month or less would be sufficient time to repay $500, as had been required for deposit advances.

Pew has developed and published standards for affordable and profitable bank small-dollar loans. If these loans were to become widely available, millions of payday and other high-cost loan borrowers could save billions of dollars annually by switching to them. If regulators choose the third option outlined here, that could soon become a reality. 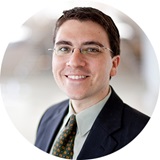