During the past six years, Texas overhauled its juvenile corrections system, enacting a series of reforms that led to a significant reduction in the state-level committed population and yielded millions of dollars in cost savings while protecting public safety.

During the 1980s and 1990s, Texas responded to an increase in juvenile arrests with stiffer penalties for juvenile offenders. Those changes, coupled with expanded funding for secure state facilities, led to a near-tripling of the number of committed youth between 1993 and 2001.1

Beginning in 2007, Texas took a series of steps to overhaul its juvenile corrections system, with a focus on encouraging local, evidence-based supervision for low-level youth offenders in order to improve system efficiency and public safety while reducing costs. 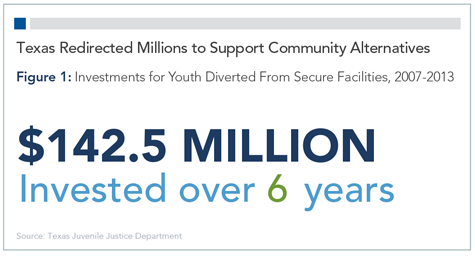 The reforms of the past six years contributed to a significant reduction in the committed juvenile population and helped Texas save substantial funds while boosting public safety. 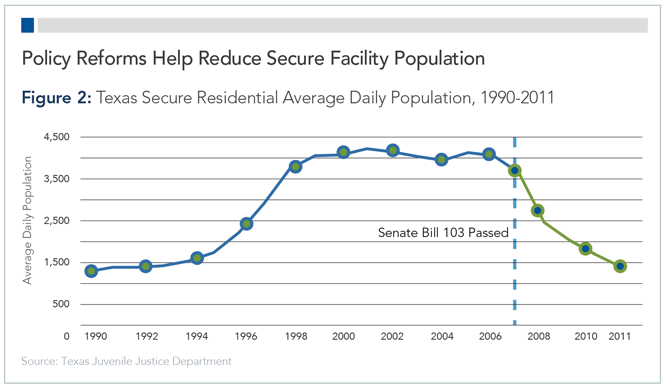 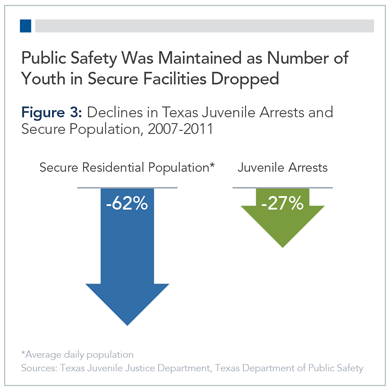