Editor's note: This webpage was updated in May 2022 with a new version of the white paper PDF. None of the language in the paper was altered.

As leaders in other states look for strategies to improve outcomes, understand the primary causes of ongoing challenges, and use evidence to inform decisions across government, LegisStat could serve as a model. A white paper commissioned by The Pew Charitable Trusts’ Results First initiative includes reflections on the LegisStat launch and suggestions for leaders who may be considering a similar approach. The key points are summarized here.

PerformanceStat is an approach to oversight and program improvement that features routine, data-driven conversations between leadership—typically a mayor or governor—and senior agency staff to identify and address important organizational challenges. Rather than reacting to the hot-button issues that arise, meetings focus on specific, high-priority, and long-term challenges—for example, how government policies can affect crime rates, K-3 literacy rates, or unemployment in specific areas. Participants can use the meetings to continually discuss these issues until they are resolved.

The process emphasizes deeper dives by leaders, allowing for follow-up questions and pushing agencies to commit to specific actions to complete before future meetings. Importantly, the sessions emphasize the use of performance metrics to track problems, showcase successes, and emphasize accountability. The approach has been used in a variety of places. In New York City, it is called CompStat; in Baltimore, CitiStat; and in Maryland, StateStat.

These strategies have also been used at the federal level. TreasuryStat at the U.S. Treasury Department, for example, helped to advance key reforms, such as moving Social Security checks from paper to electronic checks, which saved the department over $100 million annually.

Supported by a nonpartisan staff, the New Mexico LFC provides the Legislature with fiscal and policy analyses, budget recommendations, and oversight of state agencies to improve performance. Representative Patricia Lundstrom (D), the chair, and committee members from both chambers decided to launch LegisStat last summer to change the dynamic of meetings with agencies so that the discussions were more data-driven and focused on specific priorities of state leadership.

Committee members felt that typical budget hearings did not allow for such deep dives with agency representatives. They wanted to explore key performance challenges, rather than jump across various topics. Legislative staff also felt that a PerformanceStat approach could help the committee better track policy implementation and ensure that discussions were driven by data and outcome metrics connected to state priorities.

This is the first time a PerformanceStat approach has been adapted to a legislative context, according to committee leaders. They have held four LegisStat meetings as of January, with more planned throughout 2022. The process is led by an entire legislative committee, rather than a governor or mayor, as is the case when the approach is based in the executive branch.

Lawmakers have a strong role to play in building a state’s commitment to and ensuring the sustainability of evidence-based policymaking by funding evidence-based programs and evaluations and solidifying these priorities in statute. The LegisStat approach helps to integrate data, outcome metrics, and evidence-based policymaking principles into legislators’ oversight function. The recent LegisStat meetings, which focused on economic recovery from the COVID-19 pandemic and education issues in New Mexico, are summarized in the recently released white paper.

PerformanceStat initiatives tend to start in the executive branch and can face opposition when the next administration takes over. Adapting the approach to the legislative branch could bring the initiative greater sustainability because it roots the work in a standing committee structure. This requires careful preparation and coordination. In executive branch-led examples, PerformanceStat meetings can be led by a single person—a governor or mayor, for example—who can ensure that questions drill down to root causes.

With LegisStat, the entire committee leads the discussion, which requires careful adherence to meeting agendas. Detailing priority topics for discussion or setting aside time for miscellaneous questions can encourage more focused conversations. At the same time, the legislature cannot direct agencies to take certain actions as a governor can. That means lawmakers need to be more collaborative with agency counterparts to ensure that action items are completed.

The white paper details several steps that state leaders can take to launch similar LegisStat initiatives and measure the impact of the meetings. Policymakers should decide on the best meeting structure to ensure an outcomes-focused discussion, such as having individual meetings with each agency or carving out time in existing budget meetings.

Legislative staff members need to secure buy-in from committee members and agency officials, all of whom will want to ensure that the approach is realistic and sustainable. Finally, staff members may need to train legislators for the PerformanceStat process, helping them to understand the key principles and preparing documents that include data analysis and context for important issues to inform discussions with agency representatives.

Policymakers interested in this approach can read the white paper for additional background about the New Mexico LFC’s efforts, as well as some initial insights that could inform deliberations in other states considering implementation of a similar process.

Ronojoy Sen is an officer and Alex Sileo is a senior associate with the Results First initiative. 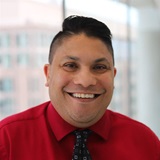 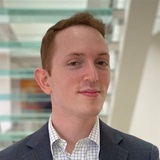