Since 2016, the U.S. Bureau of Land Management (BLM) and the U.S. Forest Service have advanced five efforts that would dramatically alter protections for some 60 million acres of federally managed land in Alaska. If fully enacted, the policies and decisions outlined in those proposed and finalized plans would open vast stretches of the Bering Sea-Western Interior, Tongass National Forest, Central Yukon, National Petroleum Reserve-Alaska (NPR-A), and unencumbered BLM land to extractive development and have significant impacts on Alaska’s lands, rivers, wildlife, and the Indigenous peoples who call these landscapes home.1

The BLM launched the Central Yukon planning process in 2013 and on Dec. 11, 2020, released the Draft Resource Management Plan for the 13.1 million-acre area under its purview, an area that includes lands and waters that 20 sovereign tribes have used for hunting, fishing, and other cultural practices for centuries.2 The BLM’s draft plan would put the region’s essential habitats and Indigenous communities’ traditional uses at risk by stripping protections from culturally important landscapes and opening more than 90% of the Central Yukon planning area to extractive development.

However, because the U.S. Department of Interior has not yet finalized the plan for the Central Yukon, the Biden administration has a critical opportunity to work closely with Indigenous communities of the Central Yukon and revise the draft plan to achieve a more balanced, lasting management solution. By protecting landscapes, habitats, water sources, and watersheds that tribes have identified as culturally important, the administration can help to sustain the ecological value of the Central Yukon and the traditional way of life of its Indigenous peoples while still allowing for development in suitable areas.

Throughout the planning process, the sovereign tribes of the Central Yukon, which possess government-to-government consultation privileges, asked BLM to create reasonable administrative protections from extractive development for important local watersheds and to provide safeguards for critical wild food and other economic and ecological resources.3

For instance, in 2014, the Allakaket Traditional Council nominated 476,000 acres of the Jim River watershed for protection as an Area of Critical Environmental Concern (ACEC) to safeguard important salmon spawning areas and hunting grounds that have provided the Allakaket Village with food security and cultural connections for generations.4 BLM agreed with the nomination, noting in its report on the area that Jim River’s high-value fishery, cultural, and recreation resources support “unique incubation, rearing and overwintering habitat essential for maintaining chum and Chinook salmon diversity, in the planning area and in Alaska as a whole.”5 Despite this finding, BLM in the draft plan not only fails to designate the Jim River as an ACEC but also proposes to eliminate ACEC protections throughout the Central Yukon planning area.6

"Just take the Jim River that our tribe nominated for an Area of Critical Environmental Concern—that’s where our king and dog salmon spawn and grizzly bears den; it’s also where caribou migrate, and where waterfowl stay in the summer. All that we rely on for food is there. It’s kind of like our grocery store. As Indigenous people, our food sovereignty that underpins our culture should matter and should be protected."

Further, the BLM plan would undermine efforts to protect Indigenous food security by proposing to turn over management of the 2.1 million-acre Dalton Highway corridor to the state of Alaska. This change would remove the federal subsistence priority—a congressionally designated preference for hunting of wildlife for daily food—that currently applies on this land.7 In public hearings, representatives from many communities within and adjacent to the planning area opposed the change, fearing that without the federal protections, the state would grant more access to urban hunters who do not rely on wild game as a primary source of food.8

The new administration can safeguard Indigenous Alaskans’ food security and the rich, diverse and productive ecosystems that support it, by collaborating with tribal communities to create enduring administrative protections and achieve a balanced plan for the Central Yukon region. 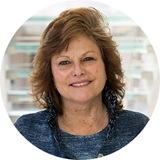