Editor's note: This article was updated on Sept. 1, 2021, to include additional information about the changes in kelp regulations that the California Fish and Game Commission is considering.

The past seven years have been devastating for Northern California’s bull kelp forests, which are crucial for fighting climate change, sheltering sea life, and supporting coastal economies. Warming ocean waters and an explosion of purple sea urchins—voracious bull kelp predators—have all but wiped out this important marine algae along large swaths of the North Coast.

In response to the crisis, the California Department of Fish and Wildlife (CDFW) is recommending that the state temporarily close bull kelp harvest in waters off Sonoma and Mendocino counties, cap harvest in Humboldt and Del Norte counties, and suspend review of any new lease applications for three kelp beds that have never been used for larger-scale harvest. This would help give CDFW time to craft a statewide kelp management plan.

In July, CDFW presented these proposed precautionary measures to the California Fish and Game Commission (CFGC) Marine Resources Committee, which in turn recommended forwarding the draft regulations to the full CFGC. At its August meeting, the CFGC voted to schedule formal consideration of the proposal later this year. This step will include reviewing a range of harvest limits for Sonoma and Mendocino counties, from a complete prohibition to a maximum of 2,000 pounds per year. If the proposal is approved, final adoption of the new rules could take place in early 2022.

The cascading effects of climate change, rather than the small-scale artisanal harvest practiced on the North Coast, drove the recent bull kelp collapse. But given the unprecedented duration of the collapse, uncertainty about kelp regrowth, and the continued effect of warming waters on kelp forest health, CDFW’s precautionary approach to limiting bull kelp harvest can allow scientists to gain a better understanding of what’s needed for sustained long-term recovery.

It is essential that the state get this right, given kelp’s vital role in California’s marine ecosystem. Kelp provides food and habitat for salmon, rockfish, and hundreds of other species. And along with other marine vegetation, kelp absorbs an estimated 20 times more carbon dioxide per acre than forests on land. In fact, studies suggest that worldwide, kelp may sequester more carbon than all other marine plants combined. This potential to fight climate change has never been more important, as evidenced by rising seas, historic droughts, devastating wildfires, heat waves, and other increasingly frequent consequences of a warming planet.

After seven years of bull kelp declines, coastal communities that depend on healthy kelp forests for jobs and recreation are rooting for recovery. The proposed harvest hiatus can contribute to experts’ knowledge of how to achieve that recovery while CDFW crafts a thoughtful, comprehensive plan that gives the state the tools it needs to manage kelp with the larger ecosystem in mind.

Jos Hill is a project director and Gilly Lyons is an officer with The Pew Charitable Trusts’  conserving marine life in the United States project. 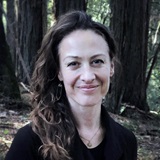