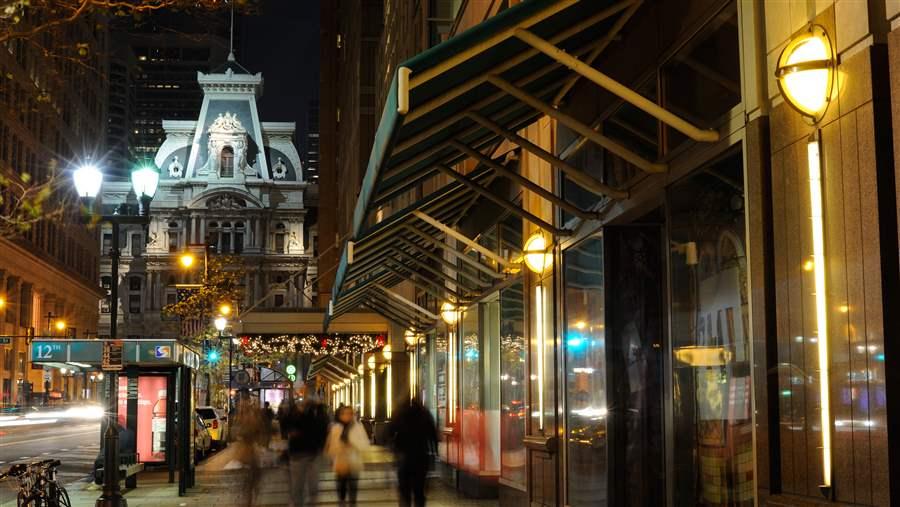 In a survey conducted in August 2016, Pew found that 44 percent of residents put public safety at the top of the list, followed by education at 20 percent and jobs at 14 percent. That is a significant change from the last time Pew polled, in February 2015, when 32 percent of city residents named K-12 education as their top concern and only 23 percent listed public safety.

Despite the heightened concern about public safety, the share of Philadelphians who feel unsafe outside in their neighborhoods at night remains similar to the shares in results from previous Pew surveys.

Larger majorities of residents than in the 2015 survey say they have respect for police officers and have confidence in them to treat blacks and whites equally. This shift is mainly the result of more positive views among non-Hispanic whites; attitudes among blacks and Hispanics did not change significantly, expanding what had already been a sizable gap between the opinions of whites and nonwhites on the topic of police officers.

On a policy question related to law enforcement, residents say they support Mayor Jim Kenney’s decision to make Philadelphia a “sanctuary city,” one in which the local police do not report undocumented immigrants to federal authorities unless they are found guilty of violent crimes.

When Philadelphia residents cited K-12 education as the most important issue facing the city in 2015, the topic was center stage in the mayoral election campaign and had been a prime focus of the recently completed Pennsylvania gubernatorial race.

In Pew’s new survey, the question was slightly different: Respondents were asked to name the city’s most important “problem” rather than, as in 2015, the most important “issue.” Public safety moved to the top spot, cited by 44 percent of residents, up from 23 percent, and education fell from 32 percent to 20 percent. Jobs and the economy were cited by fewer residents as well: 14 percent, compared with 22 percent previously. (See Figure 1.) 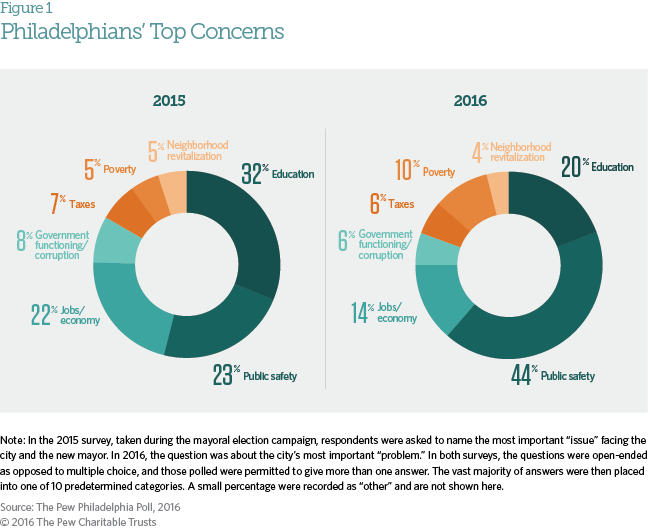 Still, residents indicated that they feel no less secure than before. Asked whether they feel unsafe when out in their neighborhoods at night, 39 percent said they do, essentially the same as in 2015 (38 percent) and 2013 (39 percent).

Philadelphians expressed a slightly more positive opinion of local police in 2016 than they did in 2015. Seventy-two percent say they have “a great deal” or “a good amount” of respect for officers, while 27 percent have “just some” or “not much at all.” In 2015, the numbers were 67 percent and 33 percent. Among non-Hispanic whites, the percentage saying they respect the police grew from 81 percent to 86 percent; among blacks, from 56 to 60 percent; and among Hispanics, from 58 to 60 percent.

In the 2015 survey, in the wake of several highly publicized incidents across the country that strained relations between some African-Americans and law enforcement, city residents were asked whether they had confidence in the local police force to treat blacks and whites equally. At that time, 55 percent said they did, and 42 percent said just some or very little. This time, the results were 60 percent and 37 percent. 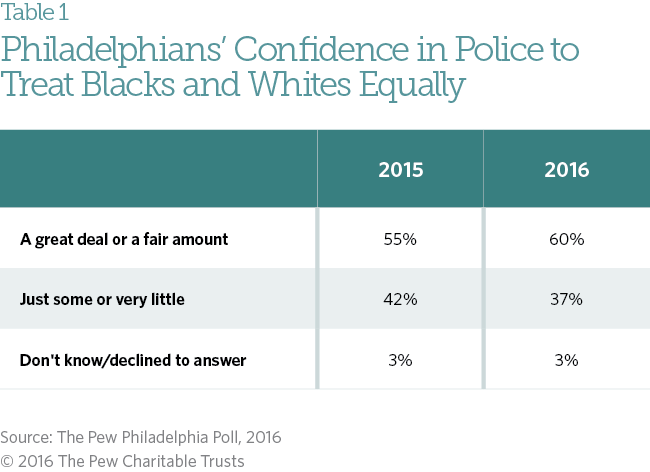 On this question, as on the one about respect for the police, non-Hispanic whites had very different views than blacks and Hispanics. Seventy-six percent of whites said they have confidence in the police to treat whites and blacks equally, up from 68 percent in 2015. That view is shared by 47 percent of blacks and 45 percent of Hispanics—the same percentages as in 2015—indicating a widening racial and ethnic gap on the issue. 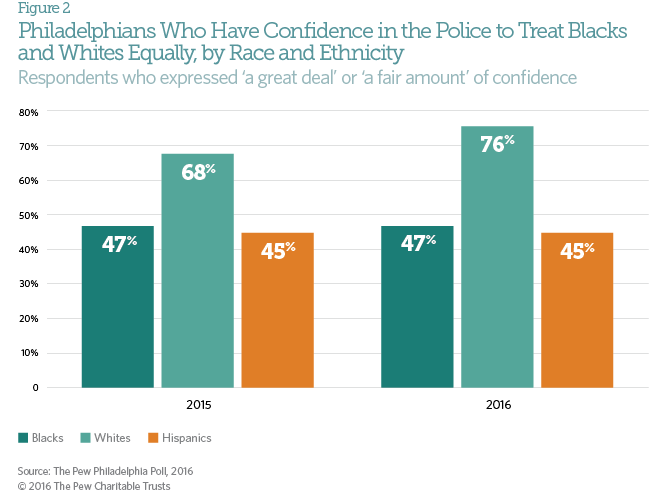 Designation as a “sanctuary city”

Upon taking office in January 2016, Mayor Jim Kenney declared that Philadelphia would be a “sanctuary city.” The designation, which has also been adopted by other urban communities across the country, has been part of the national conversation about immigration this year.

The 2016 Pew Philadelphia Poll was designed by Cliff Zukin, a veteran pollster and emeritus professor of public policy and political science at Rutgers, the state university of New Jersey, and fielded by Abt SRBI. Telephone interviews were conducted with a representative sample of 1,601 adults living throughout Philadelphia (560 respondents were interviewed on a landline telephone and 1,041 were interviewed on a cellphone) and an oversample of 39 respondents at or below 100 percent of the federal poverty threshold (nine on a landline telephone and 30 on a cellphone). Interviews were conducted Aug. 3-19 in English and in Spanish. Respondents in the landline sample were selected by randomly asking for the youngest adult male or female who was home at the time. Interviews in the cell sample were conducted with the person who answered the phone, if that person was 18 or older.

The target population for the study was adults 18 and older living in the city of Philadelphia. The survey featured a dual-frame landline and cellphone RDD design containing a supplemental sample of Philadelphia residents with out-of-area cellphone numbers. Table 3 shows the distribution of completed interviews by sample type. The RDD samples were provided by Survey Sampling International LLC according to Abt SRBI specifications. Numbers for the landline RDD sample were drawn with equal probabilities from active blocks (area code + exchange + two-digit block number) in Philadelphia that contained one or more residential directory listings. The cellular sample was drawn by Survey Sampling International through a systematic sampling from 100‐blocks in Philadelphia County dedicated to cellular service according to the Telcordia database. 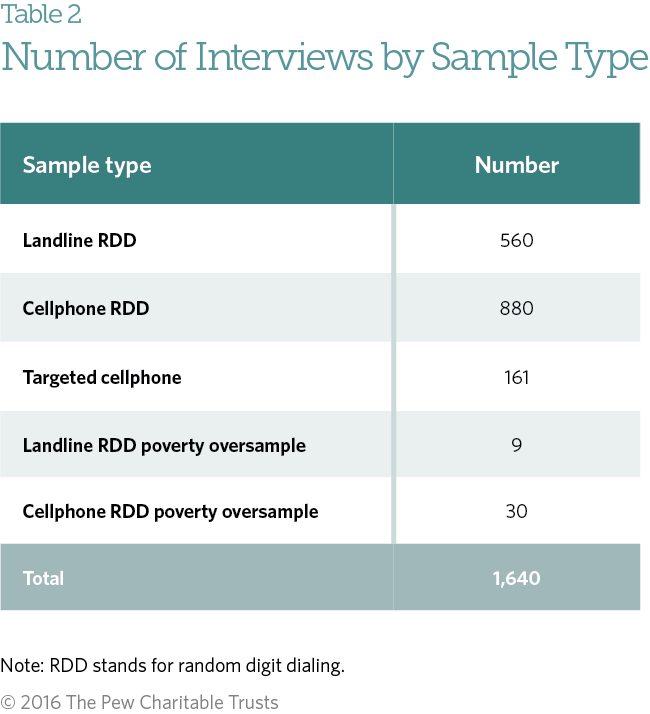 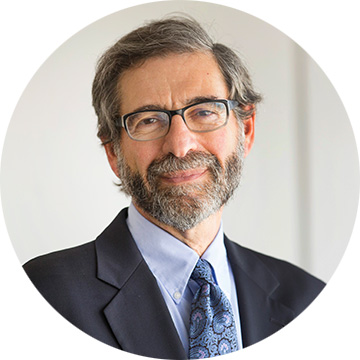 Philadelphians Feel Good About Their City

A new poll from The Pew Charitable Trusts shows Philadelphians with a generally upbeat outlook about their city&mdash;happy to have hosted major events in the past year, pleased with their new mayor, and accepting of a new tax imposed by city leaders. 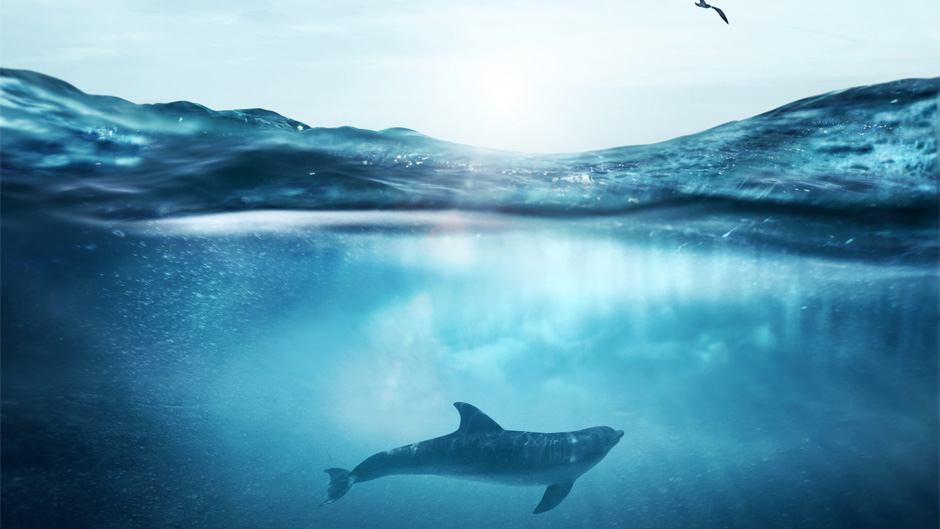 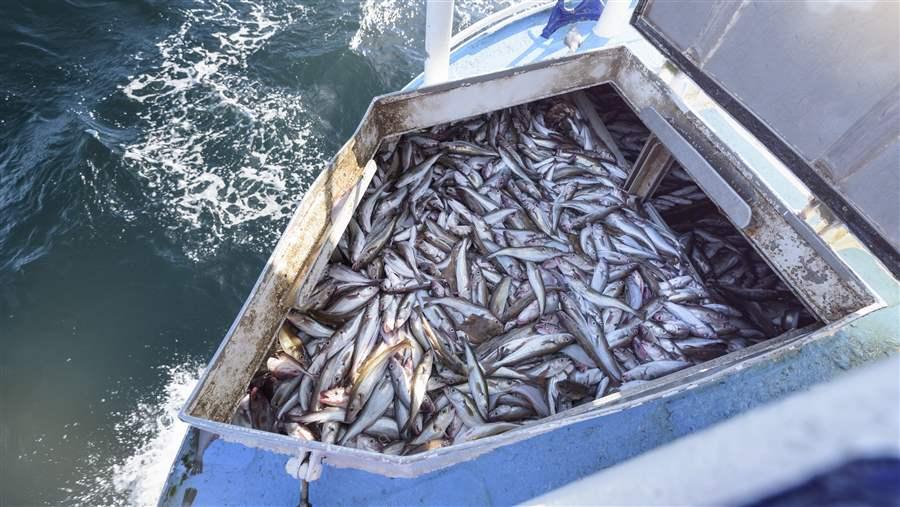 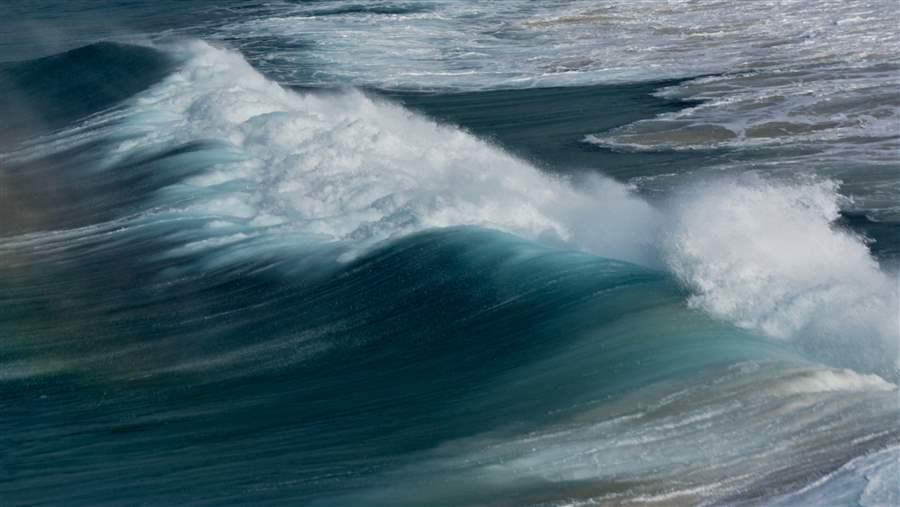 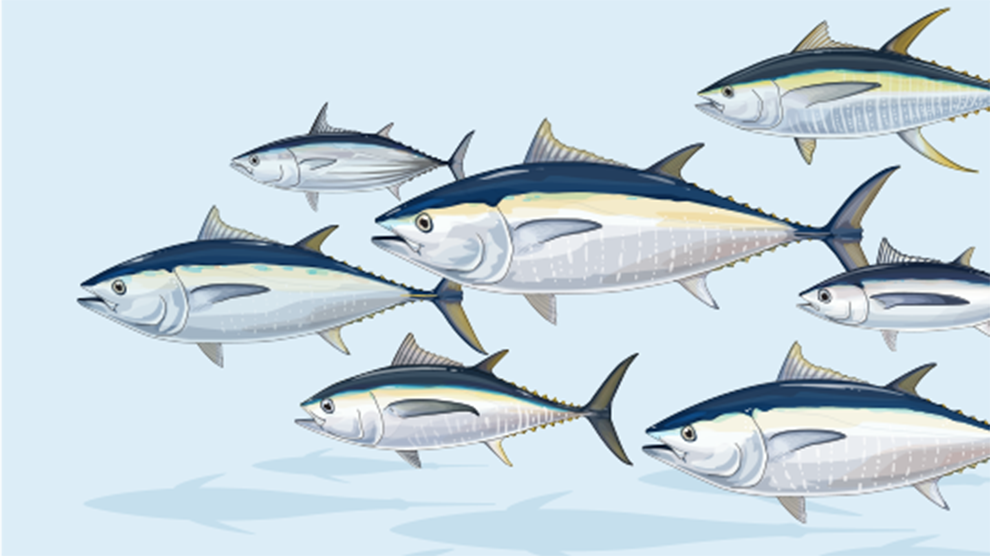