Florida's birdlife is some of the most captivating and well-recognized in the country, from impossibly pink Roseate Spoonbills to the raucous gulls and terns of our sandy beaches. Coastal waterbirds are as emblematic of our state as orange juice, yet they also serve as a sensitive bellwether for the health of the ecosystem that supports our coastal communities and economy.

At the start of the 20th century, many Florida bird species were in steep decline because of exploitation for the millinery trade. Their bright, ornate feathers were highly prized as decoration for women's hats. Most of these bird populations rebounded after the federal government banned this practice , yet today many of these birds are again threatened and decreasing. They face pressures on where they live and competition for the food they eat. Habitat loss is often the emphasis of bird conservation efforts, but comprehensive conservation of any species must consider all its vulnerabilities.

Forage fish—sometimes known as baitfish or prey fish—play a vital role in the marine ecosystem as a food source for coastal birds and other marine wildlife. These small, nutrient-rich fish are the crucial link between plankton and predators in the ocean food webs. The schooling behavior and relative abundance of forage fish make them ideal prey for much larger coastal predators such as Terns, Pelicans, and Ospreys, as well as their ocean counterparts such as tarpon, snook, and dolphins.

In this report, we investigate an area of growing concern for these birds: how declines in populations of forage fish in Florida's coastal waters could exacerbate declines of seabirds, wading birds, and other fish-eating birds, particularly species of conservation concern such as Least Terns and Black Skimmers. 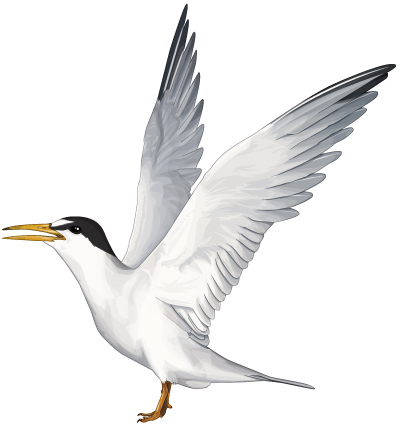 The needs of predator populations such as seabirds are not considered explicitly in managing forage fish such as herring, mullet, and sardines in Florida's coastal waters. Also, prey that the state's coastal waterbirds depend upon is not well-described or considered in bird conservation efforts.

In this report, Audubon Florida brings its bird expertise together with The Pew Charitable Trusts' marine conservation focus to 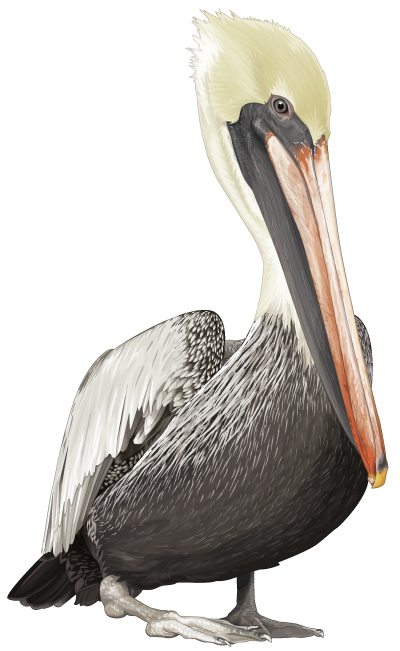 This report is especially timely given Florida's current effort to revise its Threatened Species list. The Florida Fish and Wildlife Conservation Commission has drafted management plans and supporting regulations for 60 species of conservation concern, 10 of which are birds that rely on forage fish as part of their diet. That is why our joint report concludes with four recommendations for managing forage fish in the state's coastal waters. The recommendations could help ensure that sufficient numbers of forage fish remain in coastal waters as prey for coastal waterbirds.

As this analysis of the literature demonstrates, Florida's coastal waterbirds may be affected by changes in the size, seasonality, distribution, abundance, and duration of prey fish availability. Our recommendations could help ensure sufficient prey for these vulnerable species. The focus is on strategies to address fishing for forage species because this is in line with recommendations in recent peer-reviewed scientific literature, and it is an element that can be controlled directly. Reducing fishing pressure can also add resilience to forage fish populations so they are better able to avoid collapse in the face of other stressors such as red tides.