More than four in ten offenders nationwide return to state prison within three years of their release despite a massive increase in state spending on prisons, according to this 2011 report. States today spend more than $50 billion a year on corrections, yet recidivism rates remain stubbornly high.

As the slumping economy forces states to do more with less, policy makers are looking for a better public safety return on their corrections dollars. While overall figures are discouraging, the report highlights the strategies that three states—Michigan, Missouri and Oregon—have employed to reduce returns to prison.

At the start of the millennium, Michigan did not look like a state on the cusp of inspiring correctional reform. Its myriad problems included high crime rates, a sharply rising inmate population, disappointing recidivism numbers and an economy deeply wounded by the ailing auto industry. By 2002, the state was sinking $1.6 billion a year into corrections, almost one-fifth of its general fund.

Less than a decade later, Michigan is riding a wave of policy changes that have allowed it to shrink its inmate population by 12 percent, close more than 20 correctional facilities and keep a growing number of parolees from returning to custody.

The cornerstone of the effort is the Michigan Prisoner Reentry Initiative (MPRI). Launched in 2003 and expanded statewide in 2008, the initiative's mission is to equip every released offender with tools to succeed in the community. MPRI begins at intake, when a prisoner's risk, needs and strengths are measured to develop individualized programming. Prior to parole, offenders are transferred to a reentry facility, and a transition plan, which addresses employment, housing, transportation, mentoring, counseling and any necessary treatment for mental illness or addictions, is finalized in close collaboration with community service providers. After release, officers use firm but flexible graduated sanctions – including short stays in a reentry center if needed – to manage rule breaking before it escalates to more serious transgressions.

The Pew/Association of State Correctional Administrators (ASCA) recidivism survey found a mixed picture in Michigan. Recidivism declined by 18 percent between 1999 and 2004 because of a dramatic drop in the reincarceration of technical violators, but returns to prison for new crimes jumped by almost 21 percent during the period. Those numbers, however, do not capture progress that has occurred under MPRI since Pew's observation period ended in 2007.

Overall, post-2007 preliminary figures from the Michigan Department of Corrections show that parolees released through the MPRI are returning to prison 33 percent less frequently than similar offenders who do not participate in the program. A closer look at all offenders released from Michigan prisons reveals that parole revocations for both new crimes and technical violations are at their lowest level since record keeping began 23 years ago. In 2009, there were 195 revocations for every 1,000 parolees—101 were for technical violations and 94 were for new crimes. A decade earlier, that figure was 344 revocations per 1,000 parolees—246 for technical violations and 98 for new criminal convictions.

The trend is particularly significant because Michigan's parole population has grown dramatically in recent years. As MPRI has produced positive results, members of the state's Parole & Commutation Board have become increasingly confident about parolee success, leading to higher parole approval rates. As a result, the state paroled roughly 3,000 more prisoners in 2009 than it did in 2006.

"Although the roots of MPRI were clearly in a budget crisis, it was never only about saving money—it was a belief that doing corrections 'right' would result in a smaller prison system and large savings," recalled former Michigan Director of Corrections Patricia L. Caruso. "We had to change our entire culture to focus on success. It was challenging, but fortunately, it worked."

In early 2002, Missouri faced a dilemma familiar to many states: A jump in the prison population had stretched capacity to the limit, yet budget woes and other funding priorities meant there were no dollars to increase prison capacity. The message from the governor's office and General Assembly was clear—no more prisons. Find another way to cope.

In response, Missouri policy makers took a hard look at what was driving their inmate population upward. Longer terms brought on by mandatory minimum sentencing were partly responsible. But the primary contributor was a steep rise in the number of parole and probation violators behind bars. The Pew/ASCA data confirm the diagnosis. In 2004, the state recorded an overall recidivism rate of 54.4 percent—the third highest among the states. Missouri also ranked highest in the proportion of released offenders imprisoned for a technical violation (40.3 percent). That factor contributed to an overall increase in recidivism in Missouri of 12 percent between 1999 and 2004.

Over the next four years, Missouri mapped out a meticulous plan for managing all but the most serious violators in the community. It began with a work group that analyzed revocations, evolved into an inter-agency team that drafted a vision and set goals, continued through a pilot project and ultimately took flight through new policies and procedures, coupled with extensive parole and probation staff training, in 2006.

Today released offenders in Missouri are subject to “e-driven supervision” (the “e” is for evidence), which uses a new risk assessment tool to categorize parolees and help set supervision levels. When violations occur, officers have a range of sanctions they may impose, from a verbal reprimand or modification of conditions, to electronic monitoring, residential drug treatment or "shock time" in jail.

"Every possible avenue is tried for that individual before we resort to sending him back to prison,” Missouri Director of Corrections George Lombardi said. “That approach is just part of our culture now."

Missouri's prison population, meanwhile, has held steady at about 30,500 inmates since 2005.

One state considered a national standout in reducing recidivism is Oregon. For offenders released in 2004, Oregon recorded the lowest overall recidivism rate among the 41 reporting states, a rate of 22.8 percent. Oregon also experienced the biggest decline in recidivism from 1999 to 2004, a drop of almost 32 percent. Oregon officials attribute their success to a comprehensive approach to reform and a commitment to change that reaches across all levels of government—from the supervision officer in the field, to the judiciary, through the state corrections department and up the ranks of legislative leadership.

In prison, Oregon inmates receive risk and needs assessments at intake, and targeted case management during incarceration, along with detailed transition planning that begins six months before release. In the community, probation officers use a sanctioning grid to impose swift, certain consequences for violations, creating consistency across offenders and from county to county. In both settings, offender programs are anchored in research and continually monitored and updated to optimize their effectiveness.

The change in the handling of offenders who violate terms of their supervision was striking. In the past, parole and probation violators filled more than a quarter of Oregon's prison beds. Today violators are rarely reincarcerated. Instead, they face an array of graduated sanctions in the community, including a short jail stay as needed to hold violators accountable. Results of the Pew/ASCA survey confirmed this--only 5.9 percent of offenders released in 1999 and 3.3 percent of the 2004 cohort were returned to prison on technical violations.

"It's pretty rare in Oregon for someone to be violated all the way back to prison," said Oregon Director of Corrections Max Williams, "so we don't have that revolving door that puts so much pressure on the prison population in other states."

A key piece of legislation, passed with bipartisan support in 2003, helped fuel Oregon's efforts. The bill, SB 267, required that any correctional program receiving state money be evidence-based in its design and delivery.[i]

“I think the bill pushed Oregon forward at a faster pace, and forced us to make sure our programs were truly translating the best available research into practice in the field,” Williams said

Media Coverage of the State of Recidivism

Watch videos and read news articles about the State of Recidivism: The Revolving Door of America's Prisons. 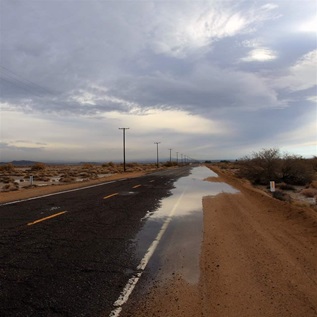 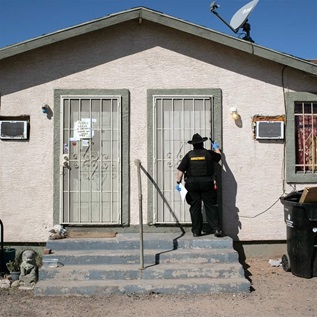 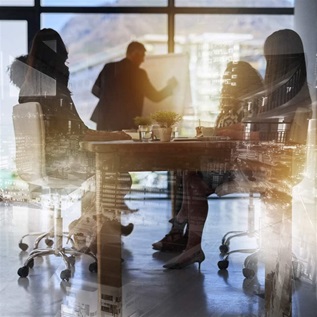 August 17, 2021 Partnerships Between Researchers and Policymakers