The Pew Latin American Fellows Program in the Biomedical Sciences is making meaningful contributions to research in Latin America through its support of fellows’ postdoctoral training in the United States and through the networks it has created among program alumni and advisers.

In 2013, Pew conducted an alumni survey and received responses from 75 percent of the scientists who participated in the program from 1991 to 2011. Their input reflected the program’s tangible successes in the areas of training, leadership, authorship, and recognition.

After fellows train in the United States, Pew offers them additional funding to facilitate their return to their home countries and help them establish independent laboratories and train others.  Seventy percent of the program’s alumni have accepted.

In all, the survey respondents reported training an average of nearly 10 scientists per alumnus1 — including technicians, graduate students, postdoctoral fellows, and visiting scientists. The survey data indicate that repatriated alumni had more than four times the trainees of those who remained in the United States.

About half of the alumni who took the survey reported that they assumed one or more leadership positions following the Pew fellowship. Although most of their roles were academic, many alumni accepted important administrative positions.

The Pew fellowship was essential in my career. My training and postdoctoral studies gave me the knowledge and confidence to establish my own research group. And the program strongly supported my return to Brazil through the repatriation award and the opportunity to participate in the unique Pew network.Sidarta Ribeiro, 2001 Latin American fellow (Brazil) and director of the Brain Institute at Federal University of Rio Grande do Norte

Pew fellows have contributed papers to the most influential peer-reviewed journals worldwide.2  Survey respondents have published an impressive 2,237 journal articles following their fellowships, an average of 15 articles per scientist. 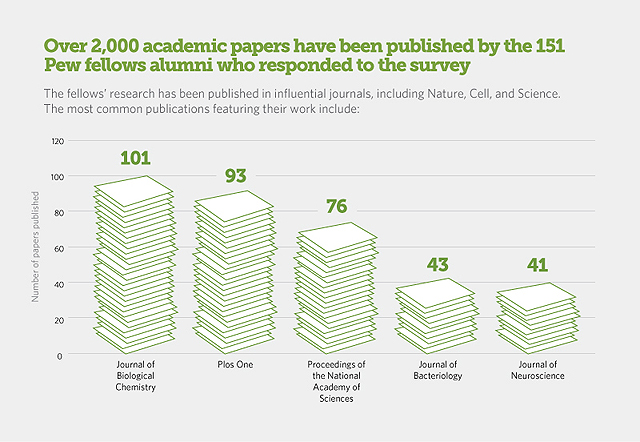 Fellowship alumni have earned numerous honors, including some of the most prestigious awards in their fields: the Bernardo Houssay Prize, the World Academy of Sciences Prizes, the John Simon Guggenheim Memorial Foundation fellowship, the Howard Hughes Medical Institute International Research Scholar award, and the L’Oreal-UNESCO for Women in Science fellowships.

2Influence is gauged by the journal impact factors from Journal Citation Reports, a product of Thomson Reuters Scientific. 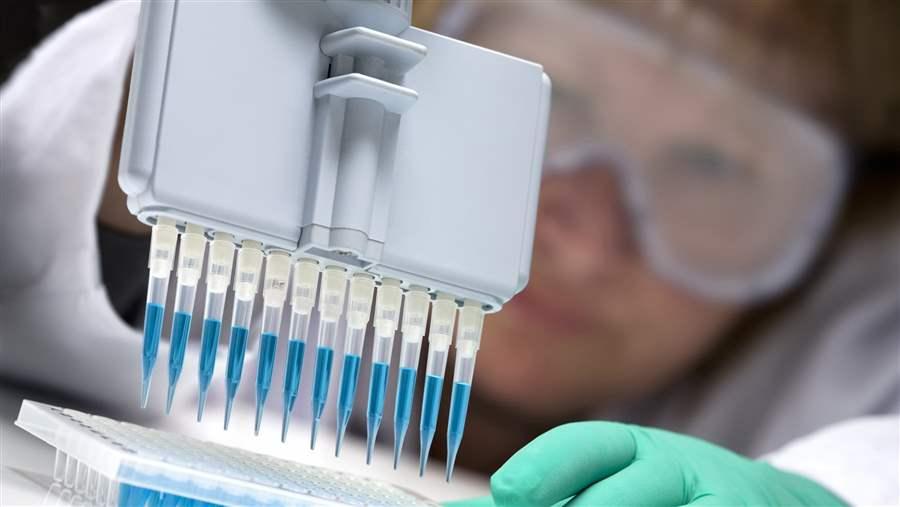 Ratio of scientists trained for every fellow who returned to Latin America.

Ratio of scientists trained for every fellow who returned to Latin America.