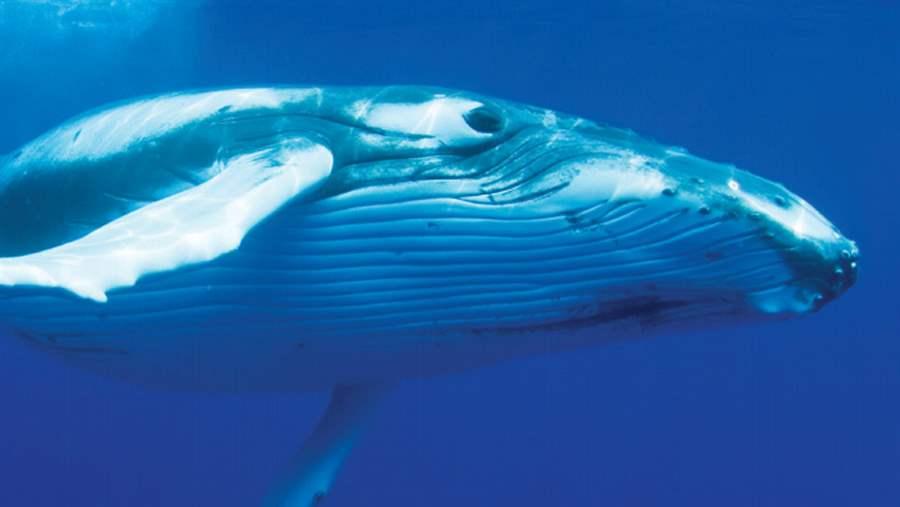 French Polynesia is home to the world’s largest contiguous exclusive economic zone, or EEZ, the waters over which the territory has jurisdiction. At almost 5 million square kilometers (2 million square miles), the expanse surrounds five archipelagoes—the Austral, Society, Marquesas, Tuamotu, and Gambier—and is equal in size to the land area of the European Union.

Spanning 118 islands, French Polynesia’s waters hold a wealth of marine life. Twenty-one shark species and an exceptional coral reef system that is home to 176 coral and 1,024 fish species are found here. The richness of the flora and fauna, along with the spectacular natural beauty, contributes greatly to the local economy, particularly tourism, fishing, and pearl farming.

In recognition of this marine treasure, the government of French Polynesia announced in November 2013 a commitment to protect at least 20 percent of its waters—about 1 million square kilometers (386,000 square miles)—by 2020. Protection on this level would make French Polynesia a Pacific and global leader in ocean conservation, while highlighting and preserving its deep Polynesian ocean heritage for current and future generations. 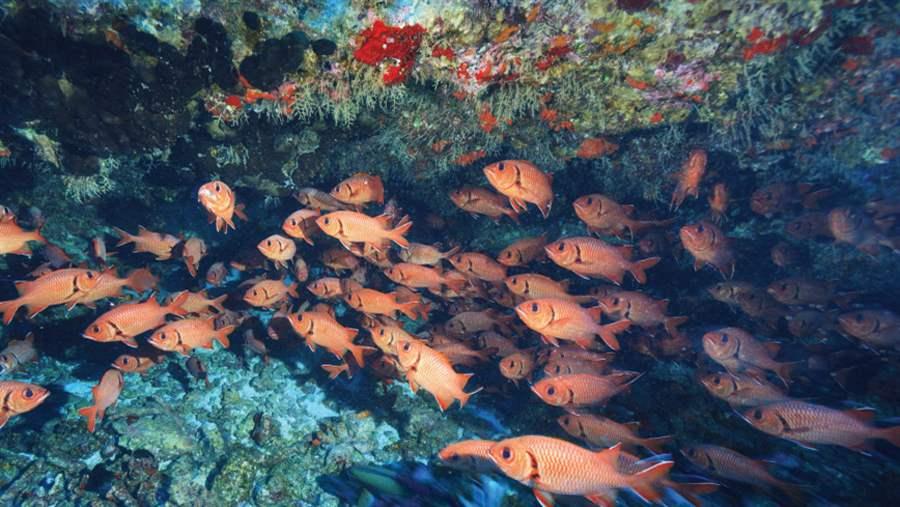 Worldwide, the ocean is in crisis: Nearly 90 percent of global fish stocks are overexploited or depleted, and 1 in 5 fish is caught illegally or in unreported fisheries. In the Pacific Ocean, the bluefin tuna population has been nearly decimated; 96 percent of this important species’ stocks are gone. Reversing this trend is essential for ensuring the future health of our ocean, safeguarding marine life within it, and continuing to provide communities with a source of food and livelihoods.

There are still places in our ocean that remain healthy and teeming with life. These special areas need protection through large-scale marine protected areas that will help ensure their well-being for the longterm.

French Polynesia is one such bright spot. The territory’s vast and healthy waters have an incredible array of marine life and are home to one of the world’s healthiest and largest fish populations.

Industrial fishing occurs in less than half—40 percent—of French Polynesia’s waters and is undertaken only by Polynesians who do not use destructive technologies such as seining and trawling. The remaining area—some 3 million square kilometers (1.2 million square miles)—is not fished industrially. That includes the waters south of the Austral Islands, east of Tuamotu, in Gambier, and around the Marquesas.

Protecting some of these pristine waters through a network of large-scale marine protected areas would ensure the current and future health of fish stocks across all French Polynesian waters. It would help maintain populations of migratory fish species such as tuna, marlin, and mahimahi that could be fished sustainably in territorial waters outside the designated protected areas.

The establishment of such a network would foster a healthy marine environment for corals, whales, sharks, and turtles—species that have significant ties to Polynesian heritage and are important for ecotourism as well. Protected marine areas also provide critical scientific study sites and enable marine ecosystems to better cope with the effects of climate change.

In 2009, French Polynesians developed a local marine conservation strategy—the Ruahatu—which focused on protecting the territory’s EEZ. The government then announced in November 2013 its plan to protect at least 20 percent of these waters by 2020. Implementation of this ambitious target would represent a major social, cultural, and economic development for the territory.

The Polynesian culture and way of life remain intimately connected to the ocean. Local community members, including fishermen, are well aware of the richness of their marine resources and recognize the importance of protecting them for today and tomorrow. The Pew Charitable Trusts is pleased to collaborate with the people and government of French Polynesia in these efforts.

Pew’s Global Ocean Legacy team is working with local governments, fishermen, associations, and communities, as well as businesses, to help implement the government’s marine conservation goal of establishing a network of large-scale marine protected areas in the territory’s waters. By engaging people across the French Polynesian community, Pew hopes to identify conservation scenarios that are broadly supported and honor traditional Polynesian knowledge, such as Rāhui.

We are also working with local scientists to strengthen knowledge of local marine habitats and species, as well as to identify the many benefits that marine reserves would offer, particularly for sustainable fishing, ecotourism, and preserving traditional culture. Through partnerships with local communities, we are organizing educational projects and cultural events that celebrate the territory’s unique ocean environment and build support for its protection.

Unique marine biodiversity, pristine ecosystems, sustainable use of marine resources by local peoples, and a rich traditional culture linked with the ocean—these are just some of the characteristics that make the waters surrounding the Austral Islands so special and deserving of protection. These waters span more than 1 million square kilometers (386,000 square miles), with traditional fishing close to shore but no industrial fishing in the southern waters.

The government of French Polynesia has invited Pew to undertake a marine scientific assessment and management strategy in the archipelago. We are working with communities that have expressed strong interest in conserving the natural heritage of their islands and their culture. Pew has commissioned a comprehensive assessment by local and international scientists of the archipelago’s marine biodiversity and related uses, including the links to traditional culture. Our goal is to work with communities to develop a conservation scenario for the Austral Islands that would help French Polynesia meet its commitment to protect at least 20 percent of its waters by 2020.