Pew developed a guide to help users rapidly identify dried shark fins in international trade. A copy of the full guide can be found at www.SharkFinID.org.

This guide is intended to help enforcement and customs personnel in the provisional identification of the first dorsal fins of these shark species. In law enforcement situations, this could provide probable cause to hold questionable fins, so that expert opinion could be sought or genetic tests could be conducted to confirm the field identification. 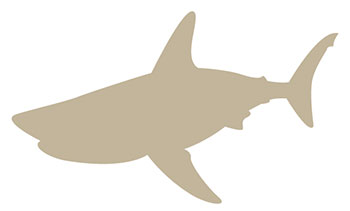 Species name: Lamna nasus
The warm-blooded porbeagle shark, caught mostly for its fins for soup and its meat, is distributed throughout the temperate North Atlantic Ocean and Southern Hemisphere.

Species name: Carcharhinus longimanus
The oceanic whitetip is one of the most widespread shark species, found throughout the world's tropical and temperate seas. It is also one of the most threatened. It is typically caught for its valuable fins, which are used in soup. 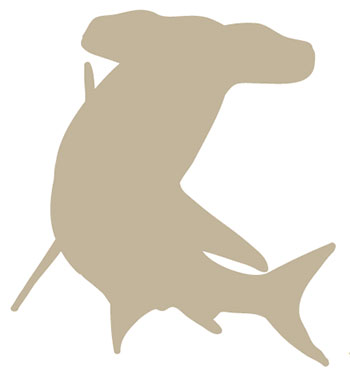 Species name: Sphyrna lewini
The scalloped hammerhead, with its distinctive head, is one of the most recognizable sharks. It is also one of the most endangered shark species, caught for its valuable fins to make soup.