Note: This story was updated to reflect the latest election results from Minnesota.

Dispelling predictions of a red wave, Democrats seized complete control of the legislatures in Michigan and Minnesota, and held on to governorships in Michigan, Pennsylvania and Wisconsin, maintaining a bulwark against Republican-dominated legislatures in the latter two states.

Democrats also won historic victories in Maryland, where voters elected Wes Moore as the state’s first Black governor, and Massachusetts, where they chose Maura Healey as the state’s first openly gay governor. With those two victories, Democrats increased the number of states where they control the governor’s office and both legislative chambers to 18. Republicans had unified control of 23 states heading into yesterday’s election.

"Tonight, I want to say something to every little girl and every LGBTQ person out there. I hope tonight shows you that you can be whatever, whoever, you want to be," Healey said in her victory speech.

In closely watched governor’s races in Florida and Texas, high-profile Republican incumbents cruised to reelection. Both Florida Gov. Ron DeSantis and Texas Gov. Greg Abbott have been outspoken opponents of President Joe Biden and have been mentioned as potential presidential candidates.

DeSantis called his reelection “a win for the ages” and described Florida as “a refuge of sanity when the world went mad,” referring to his resistance to pandemic-related closures and safety measures.

“We made promises to the people of Florida, and we have delivered on those promises,” DeSantis said.

Abortion rights supporters also had reason to celebrate. In California, Michigan and Vermont, voters approved measures to enshrine abortion rights in their state constitutions. In Kentucky, a proposed constitutional amendment to eliminate the right to an abortion appeared headed for defeat.

And in Montana, voters were poised to defeat a legislatively proposed referendum that would require medical professionals to provide care to infants born alive after an induced labor, cesarean section or attempted abortion. Physicians in the state and the American College of Obstetricians and Gynecologists opposed the measure.

Ballot measures to legalize recreational marijuana use had mixed results. Voters in Maryland and Missouri approved them, but legalization measures in Arkansas, North Dakota and South Dakota failed.

Legalization proponents focused on the positive. Toi Hutchinson, president and CEO of the Marijuana Policy Project, noted that this was the sixth consecutive election in which multiple states legalized the drug, which remains illegal under federal law.

“A growing number of voters recognize that cannabis policy reform is in the best interest of public health and safety, criminal justice reform, social equity, and personal freedom,” Hutchinson said in a statement. “State-level legalization victories are what’s necessary to move the needle forward at the federal level.”

Including Maryland and Missouri, 21 states have legalized recreational marijuana use.

The Push to Decriminalize Marijuana Possession Continues, Town by Town

The Push to Decriminalize Marijuana Possession Continues, Town by Town

People in dozens of municipalities across six states will vote on marijuana measures.

Michigan, a closely divided battleground state in recent elections, was an especially bright spot for Democrats.

Despite talk of a tightening race in the weeks before the election, Democratic Gov. Gretchen Whitmer won a second term by a comfortable margin over Republican challenger Tudor Dixon.

Whitmer, who has vowed to “fight like hell” for abortion rights, and other Michigan Democrats may have been boosted by the presence of the abortion rights amendment on the ballot. According to exit polls, nearly half of Michigan voters cited abortion as their top issue, compared with about 30% who pointed to inflation.

Abortion also was the top issue for roughly 40% of Pennsylvania voters, according to exit polls. In that state, Democratic gubernatorial candidate Josh Shapiro soundly defeated Republican Doug Mastriano, who pledged to sign an abortion ban if elected, and Democrat John Fetterman defeated Republican Mehmet Oz for a U.S. Senate seat.

In Minnesota, one of only three states (Alaska and Virginia are the others) where Democrats control one chamber of the legislature and Republicans the other, Democrats held the House and gained a majority in the Senate for the first time since 2016. 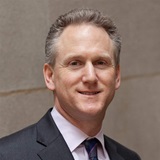