Ranked-choice voting, an increasingly popular elections system across the country, played heavily in the special congressional race that will send Alaska U.S. Rep.-elect Mary Peltola to Washington, D.C., this month.

Wednesday night, Peltola, a Democrat, was ahead of Republican candidate Sarah Palin 40.2%-31.2% when the first votes were counted for the U.S. House special election. Republican Nick Begich III had 28.5%.

But under Alaska’s ranked-choice system, a second round of vote counting distributed Begich fans’ second-choice votes to either Peltola or Palin. Palin got more votes than Peltola in the second round, but not enough to close the gap. Peltola won the race with a total of 51.5% of the vote to Palin’s 48.5%.

Palin, a former governor and vice-presidential candidate, had been expected this summer to benefit from the process, but she immediately criticized ranked-choice voting after her loss, calling it a “new crazy, convoluted, confusing” system, according to CNN.

The Alaska race was the most prominent example yet of ranked-choice voting. The system now is used in more than 50 jurisdictions, including New York City and the state of Maine. Proponents say it encourages kinder campaigning and boosts more moderate candidates who can appeal to a wider swath of voters, while detractors say the process confuses voters.

This was Alaska’s first major test of the system, which voters approved in 2020.

The process allows voters to cast ballots for their favorite candidate, but then to rank the others in second place, then third, fourth and so on. Once the polls close, if no candidate has more than 50% of the vote, election systems calculate the ranked choices until someone emerges victorious.

An exit poll commissioned by Alaskans for Better Elections, an organization that pushed for the new system, found that 85% of respondents found the process simple.

Because this summer’s race was a special election, Peltola will finish the term of U.S. Rep. Don Young, who died in March.

In November, she, Palin and Begich will face off again for the upcoming two-year term. Once again, Alaskans will rank their choices on a single ballot.

New York City’s June mayoral primary will be the largest test for the voting method. 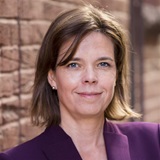