This story was updated 3/10 to reflect new information from Metro Blooms.

Bees are excellent dancers. When a forager bee alights upon an Eden of pollen and nectar, it goes home to tell its hive mates. The greater the intensity of the dance, the richer the source of food being indicated.

In Minnesota, more bees are going to be dancing intensely this spring.

Researchers have found that homeowners who seed their lawns with a special grass mix can feed dozens of species of bees that would otherwise go hungry. So, beginning this spring, Minnesota will pay thousands of residents to plant “bee lawns” under a new state program that has attracted attention from other states. Each homeowner will get as much as $350 to do the work.

“A lot of people are watching this,” said Marla Spivak, the University of Minnesota entomologist who came up with the idea for bee lawns, a mix of traditional lawn grass and low-growing flowers.

The stakes are high: More than 1 in 3 bites of food taken in the United States depends on bees and other pollinators. But bee populations have been declining at unusually high rates in recent years.

According to the most recent data from the Bee Informed Partnership, a nonprofit based in College Park, Maryland, nearly 38% of managed honey bee colonies in the United States were lost in the winter of 2018-2019. This represents an increase of 7 percentage points above the previous year, and the highest loss recorded since the survey began in 2006.

Minnesota lawmakers last year put $900,000 toward the grant program and this year are weighing a bill to double that amount. Already 10 states have expressed interest in the program, including two states — Wisconsin and Washington — with legislative and agency proposals underway.

But critics say there isn’t enough evidence to justify spending so much.

“Minnesota is already the third- or fourth-highest-taxed state in the nation,” Republican state Sen. Mark Johnson told Stateline. Johnson has co-sponsored legislation that would cut funding for the program by close to $100,000. “What is the return on investment here? We’ve not seen evidence to say this is making an impact on bees.”

Some states took aim at pesticides after bees vanished in droves because of colony collapse disorder — the disappearance of the majority of worker bees in a colony with a few dead bees left behind. But chemical companies and the farming industry have fought chemical regulations. They say pesticides are safe and reject findings that pesticides are responsible for bee population loss.

In Minnesota, for example, then-Democratic Gov. Mark Dayton’s task force to protect pollinators, which met from 2016 to 2018, got logjammed every time it brought up pesticides, Spivak said. “But everyone could agree on increasing habitat for bees,” she said.

And habitat loss — not pesticides — is the No. 1 cause of bee deaths, according to the National Academy of Sciences. Other factors, such as climate change, also play a role.

In Wisconsin, Democratic state Rep. Melissa Sargent was inspired by her teenage son to propose a bee lawn measure. Bailey Sargent, 19, brought his mother’s attention to the issue two years ago, as he planted bee lawns across Dane County, Wisconsin, for his Eagle Scout project.

“Pollinators are one of the biggest things we can be working on,” the lawmaker said.

Her bill would set aside $500,000 in grants to homeowners and local governments to plant bee lawns. The Wisconsin Legislative Council, which provides legislative analysis for state lawmakers, is expected to study the bill this summer, and Sargent plans to introduce it during the next legislative session.

In Washington state, creating a bee lawn program like the one in Minnesota will be a high priority recommendation of the state’s pollinator health task force, according to Katie Buckley, a coordinator at the Washington State Department of Agriculture. The working group is set to give lawmakers its recommendations in November.

In addition, the Evergreen State is retooling its Department of Fish and Wildlife backyard wildlife habitat program to focus on bee habitat and include patios and porches, according to Taylor Cotten, a conservation manager at the agency. The agency does not currently know how many of the habitat program’s 7,000 certified members provide habitat for bees.

Minnesota last year named an official state bee: The Rusty patched bumblebee, which has been decimated, declining by 87% nationwide in the past 20 years, according to the U.S. Fish and Wildlife Service. The agency in 2017 declared the bee an endangered species.

Minnesota’s bee lawn program will be paid for with lottery revenue. More than 4,000 residents applied for the grants, far more than would be able to receive funding under the current program.

Between 300 and 400 residents will receive the $350 grants this month, said John Bly, director of education at the Minneapolis-based nonprofit Metro Blooms, a state partner that helps administer the program. Recipients can be reimbursed for hiring a contractor or for buying do-it-yourself project materials, Bly said.

Minnesota Native Landscapes, in Otsego, sold about 160 lawns’ worth of seed mix last year, up from 40 in 2018, according to sales manager Josh Rosinger, adding that he expects to increase sales again this year.

Organic Bob, in Minneapolis, did 15 bee lawn seedings and installations for residents in the Twin Cities area last year, according to Katie Allen, the sales manager. Organic Bob will install bee lawns of about 1,000 square feet for the grant amount, $350, but it will charge more for larger lawns, say $1,500 for a lawn of 6,000 square feet.

“It wasn’t meant to be a boon to the landscaping industry,” said Abeler, the senator who co-sponsored the bee lawn legislation. “Minnesota is a state of do-it-yourselfers. We don’t need to be giving money to people to bring in a lawn service, unless they’re seniors, for heaven’s sake.”

Before expanding the program, Abeler said, he wants to see how the program goes, making sure he doesn’t hear from constituents saying that they’re getting bilked by landscapers over it.

Minnesota state Rep. Kelly Morrison, of the Democratic–Farmer–Labor Party, says the volume of applicants speaks to the popularity of the program and its likely success in boosting bee populations.

Morrison proposes to double the funding for the bee lawns program this year in a bill she introduced last month.

“Restoring habitat for honey bees and our native pollinators is one of the most important conservation concerns of our lifetime,” said Elsa Gallagher, a biologist at the Bee and Butterfly Habitat Fund, a nonprofit that has planted 82 larger-scale projects in Minnesota. Some are residential, but all are larger than a typical bee lawn.

“Bees don’t care what the land is called,” said Clint Otto, a research ecologist with the U.S. Geological Survey stationed at the Northern Prairie Wildlife Research Center in North Dakota, adding that bee lawns do need to be cared for.

Bee lawns debuted at four parks in Minneapolis last year, and scientists such as Hannah Ramer and Kristen Nelson at the University of Minnesota surveyed park visitors for their reactions and published their findings in a 2019 article in the journal Landscape and Urban Planning.

Only 1% of children and 3% of adults in the United States are allergic to bee stings. But Ramer and Nelson found that more than half of visitors to Minneapolis parks with bee lawns last year said they were worried about bee stings. Still, visitors overwhelmingly (more than 95%) approved of the bee lawns.

“Bees are aggressive when defending their hive; not when out foraging on flowers,” said Washington state’s Buckley, adding that it once took her and her fellow researchers half an hour of harassing a bee to get it to sting one of them.

Scientists found in a 2015 article in the Journal of Asthma and Allergy that bees sting only “as a defensive maneuver,” unlike wasps.

Other Minneapolis respondents objected to the look of bee lawns, with one saying they “could look trashy.” Buckley disagrees. “Personally, I happen to like flowers and think they’re pretty,” she said.

In the legislature, according to the lead sponsor of the Minnesota bee lawns bill, state Rep. Rick Hansen of the Democratic–Farmer–Labor Party, opponents mocked bees as unimportant and unworthy of spending. But Hansen said he was confident bee lawns would expand in Minnesota and around the country.

“We have more people who support the bill,” Hansen said, “and we will prevail.”

Deer, Bear and Everywhere: Animals Move Into the City

Deer, Bear and Everywhere: Animals Move Into the City 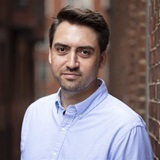