This story has been updated to clarify how the U.S. maternal mortality rate compares to the rate in other countries.

HUNTINGDON, Tenn. — The sun is setting just as midwife Sheryl Shafer wraps up a long Thursday on the road visiting families in west Tennessee and Kentucky.

She knows the patient on her last stop, a 21-year-old Amish woman in a two-story farmhouse without electricity, is a week and a half past her due date. The baby is carrying high, and the woman is petite. If she’s unable to deliver on her own, a doctor may decide a C-section is the safest option. But Shafer hasn’t broached the subject yet.

“She deserves every opportunity to avoid it,” Shafer said. “I don’t want to put doubts in her mind, and I don’t want to alter her efforts knowing she might have more challenges than another woman.”

After the visit, Shafer’s drive back home to Middle Tennessee, over 60 miles of back roads and two-lane highways, takes more than an hour.

“My ideal in midwifery is to work within an hour range of my home,” Shafer said. “But there’s just greater need.”

The numbers are based on vital statistics collected by the Centers for Disease Control and Prevention, and calculated by the United Health Foundation. (Note: The averages for Delaware, New Hampshire and Wyoming are calculated over 10 years.)

Certified professional midwives such as Shafer, who can provide maternal and newborn care in homes or other out-of-hospital settings, may be one solution to the problem. Research shows that midwife care improves maternal and newborn health, reduces rates of unnecessary interventions and saves money.

But some doctors and other medical professionals worry whether certified professional midwives such as Shafer are a safe alternative, saying they lack sufficient oversight. For their part, midwives say they face obstacles that prevent them from playing an even more significant role.

“We know that the evidence says that we improve outcomes when we are more integrated into the systems, and when referring to ultrasounds or referring for a consultation,” said Jenny Fardink, a certified professional midwife in Clarksville, Tennessee. “Clients still have access to those kinds of services, but only have to travel when needed.”

Certified professional midwives, who say they sometimes encounter hostility when they seek to transfer patients to hospitals, believe they are well positioned to fill gaps in care. They say they can connect patients to social services, provide nutritional assistance and more based on the clues and evidence they collect when they see a client’s living conditions.

“Our goal, and we’re working on this in Tennessee, is for midwives to be integrated in health care systems,” Fardink said.

A proposal by the state Board of Osteopathic Examination to require midwives to add a collaborating doctor to their informed consent form is one obstacle Tennessee midwives say they are facing. The change is meant to make the physician and patient aware of each other, according to Elizabeth Hart, a spokesperson for the Tennessee Department of Health.

But no doctor will want to have a written agreement with a midwife or be liable for a midwife’s decision-making, midwives say. Currently, a collaborating physician is named in an emergency care plan.

“We are independent practitioners,” said Heather Muñoz, president of the Tennessee Midwives Association. “When we have something outside of the normal range, we are required to consult with a physician.”

Nearly a hundred rural hospitals have closed since 2010.

Osteopathic board member Dr. Shannon Kilkelly said he would not comment on matters that are under board consideration. The Tennessee Department of Health did not respond to questions regarding what prompted the change and midwives’ concerns that it would limit their ability to practice.

Some of the alarm may stem from confusion about midwives’ qualifications. States have a variety of credentialing regulations.

“The main problem is they’re outside the system and there is little to no oversight,” said Dr. Leonard Brabson, a Knoxville, Tennessee, OB/GYN who works with nurse midwives.

Certified nurse midwives are registered nurses who work almost exclusively in hospitals and are licensed in all 50 states. They pass a national certification exam. By contrast, certified professional midwives like Shafer learn by apprenticeships and cannot practice in hospitals. Kentucky and Alabama this year joined 31 other states that license the professional midwives.

“Few states require a common, minimum requirement for education and accredited training that every midwife must meet to practice legally,” according to the American College of Obstetricians and Gynecologists.

"You’re going to have to have some training for it,” said Brabson, also a district officer for the professional association. “You can’t just watch a few home births and consider yourself an expert in women’s care.”

In Tennessee, nine hospitals have closed since 2012, the second-highest rate in the country after Texas. When rural hospitals close or limit services, obstetric and gynecological departments often are the first to go.

Meanwhile, less than half of rural women live within 30 minutes of hospital obstetric services, according to the American College of Obstetricians and Gynecologists. Almost 88% live within a 60-minute drive, but travel can be hard on pregnant women in rural areas. Several studies find that it may contribute to increased risks of infant mortality and pregnancy complications.

Reducing maternal mortality by half, California is U.S. outlier in “despicable” trend.

On a 10-hour day with Shafer, there are few bathroom breaks. Cell phone service is at best spotty. There’s a blanket and pillow in the backseat, in case Shafer is too tired to drive home and needs to pull into a Walmart parking lot or truck stop to doze off overnight. Each two-lane highway may look the same to an outsider, but Shafer hardly uses her GPS as she spans more than 200 miles. With between five and 10 women due each month, Shafer logs about 65,000 miles a year on her 2015 Volkswagen Passat.

“OK, Madame Secretary,” Shafer said to her trainee, Kelsie Boehm, before rattling off a to-do list for Boehm to record: Call the health department for more newborn screening forms, order a new Pap smear for a client. Boehm takes Shafer’s iPhone to respond to texts from the road. “Tell her if she feels heaviness in her pelvic floor to slack off,” Shafer said.

On this day, Shafer will visit one Mennonite and 11 Amish families, with stops in several small towns in western Tennessee and Kentucky.

In Springville, Tennessee, she visits a family that just moved to the area and plans to cut off their hot water and electricity, following Amish practice, after the mother delivers. At a stop in Wingo, Kentucky, barefoot children are dressed in dirty, tattered clothes. The smell of dried out horse manure lingers. A father declined a proper checkup of his 2-month-old.

“I’ve done births where we have to take a blanket off sleeping toddlers to cover up the baby,” Shafer said.

Shafer isn’t Amish, but she finds ways to relate. She understands what having a large family means. She has eight children of her own — all home births — and lives in an isolated community surrounded by Amish and more conventional Mennonite families.

“I can hitch and drive a horse,” said Shafer, in a long skirt and loose button-down blouse. “I can cook on a wood stove. I know their tools and how to use them.”

“To us, it’s a risk worth taking,” Schrock said. “With prenatal care being under a midwife’s care, I don’t feel like it’s a shot in the dark.”

Sometimes families call Shafer rather than 911 in medical emergencies that have nothing to do with an impending birth, to ask whether they should go to the hospital. Usually, she’ll meet them there to offer comfort or assistance if she can.

“They’ll go in if I tell them to, but they don’t even know how to walk through the doors to ask for what they need,” Shafer said. “It’s just helping people to navigate their options.”

With Uptick in Home Births, Midwives Seek to Practice in More States

With Uptick in Home Births, Midwives Seek to Practice in More States

Twenty-two states don&rsquo;t license midwives who do home births, even as more mothers are delivering babies outside of hospitals.

A February 2018 study in the scientific journal PLOS ONE found that states that integrate midwives into their health care systems have better outcomes for mothers and babies. A scoring system that assessed the integration of midwives and evaluated regional access to high quality maternity care ranged from a high of 61 for Washington state to a low of 17 for North Carolina. Tennessee was just above average at 41.

Integration with local hospitals depends on each community. Oftentimes urban areas are more open to working with midwives, according to several in Tennessee.

“Unfortunately, we walk into really hostile situations and respect isn’t there for the provider or the client,” Fardink said. “We want there to be mutual respect. It shouldn’t be about us. It’s about the families.”

Among some Tennessee midwives, there’s hope for better integration now that Amber Price became chief operating officer of TriStar Centennial Women's Hospital and The Children's Hospital at TriStar Centennial, which are part of a larger Nashville-based medical center. Price, who earlier in her career worked as a certified nurse midwife, organized a meeting between midwives and the CEOs of hospitals across the TriStar system in August.

Joe Hagan, a TriStar spokesman, declined to allow a reporter to attend the meeting, discuss it in detail afterwards or make Price available for an interview. The group plans to reconvene in three months.

Shafer and three other midwives who attended the meeting said they explained to the hospital administrators what they do and outlined how they would like to work with hospital personnel, such as continuing in a supportive role during hospital transfers.

At the end of her 10-hour day, Shafer completed paperwork in her home office with her trainee Boehm for another 45 minutes. After Boehm left, Shafer got a call that the young woman who was a week and a half overdue had gone into labor. Shafer drove more than an hour back to Huntingdon to attend to her.

The baby’s heart rate was showing significant stress when Shafer arrived, so she recommended immediate transport to the closest medical facility, even though she has not established good relationships with doctors there.

Shafer said the specialist never acknowledged or spoke to her, nor asked for prenatal records.

Mom and baby are OK, Shafer added. “But this kind of treatment is one reason why many women choose to birth at home,” Shafer said. 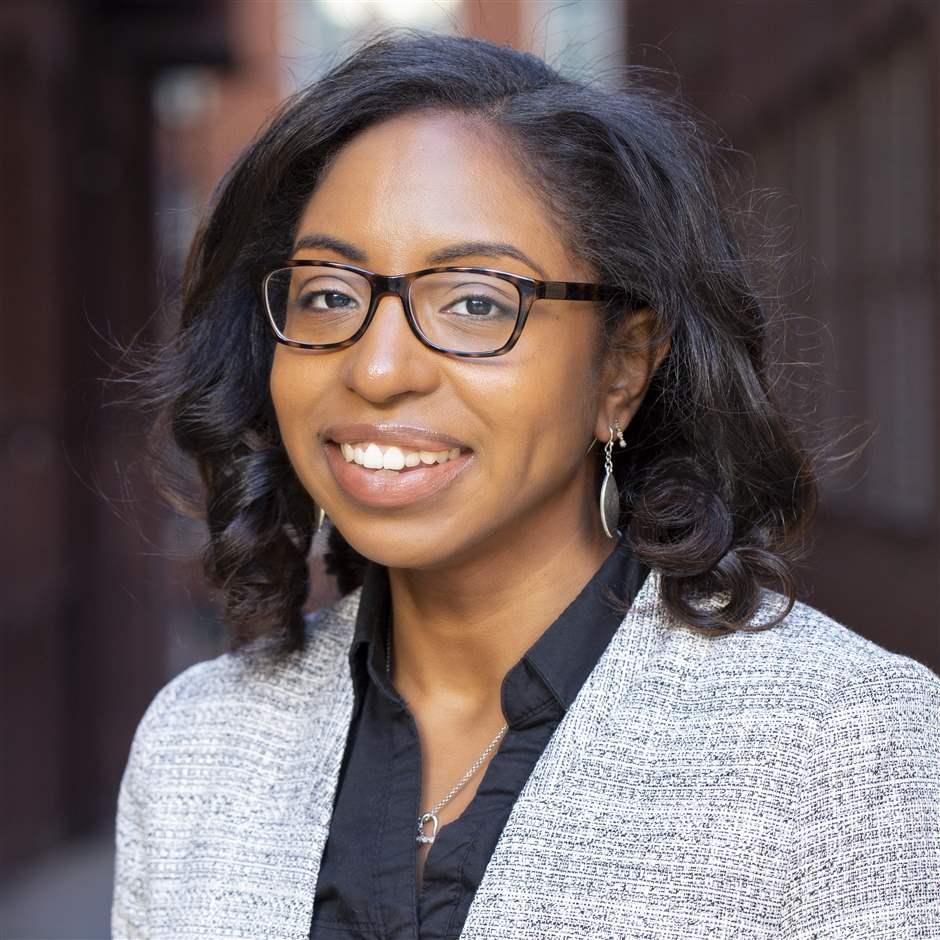