Editor's note: This story was updated on July 18, 2019. Because of a reporting error, an earlier version of this story contained misinformation about the plaintiffs in a Wisconsin lawsuit over Medicaid for transgender health care. There were four transgender patients who were plaintiffs in the case.

When a doctor recommended that Aidan Zingler undergo gender reassignment surgery, the 27-year-old hoped it would mean the end of a lifetime of anguish.

A science fiction writer living in Des Moines, Iowa, Zingler was born into a female body, which caused increasing torment as the years passed. When Zingler experienced a period for the first time, “it came as a shock and felt like my body betrayed me.” Surgery promised a salvation.

But Iowa’s Medicaid agency refused to cover the surgery, saying it was cosmetic and not the medical necessity that Zingler’s doctor said it was.

States are diverging on whether to provide gender reassignment services, such as hormone treatments and surgery, under their Medicaid programs.

Iowa recently enacted a law denying coverage for transition services, and Medicaid policies in eight states exclude sexual reassignment treatment, according to the Movement Advancement Project, a nonprofit based in Colorado. Officials from two of the eight states, Ohio and Wyoming, when contacted by Stateline, said that their policies no longer exclude those services. Twelve states also specifically exclude transition-related services from health benefits for state employees.

On the other hand, Maine announced last month that it would begin covering transition services under Medicaid, and judges in Wisconsin, Minnesota and California recently ruled that health care providers in those states can’t discriminate based on gender identity. Twenty-two states and Washington, D.C., have specific prohibitions against discriminating in health care on the basis of gender identity.

“It’s nothing but politically driven animus,” said Sasha Buchert, a senior attorney with the gay rights organization Lambda Legal. She cited the American Medical Association and many other professional medical organizations that have backed public and private health insurance coverage for the treatment of gender dysphoria as recommended by a patient’s physician.

Gender dysphoria is a conflict between a person’s physical gender, or the one imposed at birth, and the gender with which one identifies. The American Psychiatric Association says it is often accompanied by extreme distress, which can interfere with the ability to function normally.

But religious conservatives, including the Family Research Council, staunchly oppose the coverage. “We would oppose including gender identity as a protected category in any anti-discrimination codes,” said Peter Sprigg, a senior fellow for policy.

For the first time, states are using waivers to curtail coverage.

In May, the Trump administration issued regulations beefing up protections for medical providers who refuse to give care for religious reasons.

A month later, the administration proposed to overturn an Obama-era policy prohibiting discrimination by gender identity under the Affordable Care Act. The Trump administration is now seeking to remove those protections.

The ACA and Obama administration guidelines have generally been interpreted by courts to prohibit discrimination in two ways.

Services deemed medically necessary for some patients, such as mastectomies for women with breast cancer, cannot be denied to others, such as transitioning transgender patients with gender dysphoria. The same is true of other transition medical services, such as hormone treatment and facial feminization surgery.

The guidelines also mean that medical providers and insurers cannot deny medical services to someone just because that individual is transgender.

The ACLU and other critics say the Trump's administration move not only would deny coverage for transition services, it also might allow providers to refuse to treat transgender patients. The public comment period on the proposed rule change ends next month.

In Iowa, the state Supreme Court unanimously ruled in March that excluding sex reassignment surgeries, like the one Zingler sought, violates the state’s Civil Rights Act. But in the waning days of its session, Iowa’s Republican legislature amended the budget to say that the state doesn’t have to pay for procedures related to sex reassignment.

Neither the Republican sponsor of the amendment, state Sen. Mark Costello, nor the office of GOP Gov. Kim Reynolds, who signed the bill, responded to requests for comment from Stateline. In introducing the bill, Costello said he didn’t accept that such surgeries were “always medically necessary.”

When Reynolds signed the bill, her office said it “simply clarifies that Iowa’s Civil Rights Act does not require taxpayer dollars to pay for sex reassignment and other similar surgeries. This returns us to what had been the state’s position for years.”

The Iowa ACLU, which won the earlier ruling in the Iowa Supreme Court, has filed suit to overturn the new law.

LGBTQ groups strongly dispute the notion that gender reassignment surgery is cosmetic, akin to elective plastic surgery. “My response is that it’s apples and oranges,” said Sharon Malheiro, an LGBTQ civil rights lawyer and activist in Iowa. “Reassignment surgery is medically necessary for the individual seeking care to get better.”

Courts in several cases have ruled against states that have denied coverage of reassignment surgeries. Last year, a federal judge in Wisconsin issued a preliminary injunction requiring the state Medicaid agency to cover surgeries for four transgender patients.

The judge, William Conley of Wisconsin’s western district, said the state’s exclusion of transgender surgeries violated the ACA by treating “transgender individuals differently on the basis of sex.” Conley also certified that the case will now move forward as a class action lawsuit.

After Many Twists, Maine Finally Will Expand Medicaid

After Many Twists, Maine Finally Will Expand Medicaid

New governor sought approval for expansion that voters approved in 2017.

“This prohibition against coverage was discriminatory, incompliant with the Affordable Care Act, and out of alignment with most other states,” the Maine Department of Health and Human Services said in announcing the change. “We are pleased to take this important step toward more equitable health coverage for all Mainers.”

Some state policies are less clear. Ohio and Wyoming have policies excluding Medicaid coverage for transition services. But officials in the two states, when contacted by Stateline, essentially said those policies are not being followed, though the changes haven’t been put in writing yet.

“Wyoming Medicaid has recently removed transgender surgery from the list of excluded services,” Kim Deti, a spokeswoman for the Wyoming health department, wrote in an email. “However, we have never been asked to cover transgender surgery. Should we receive a request for coverage in the future, we would review the case for medical necessity and compliance with industry standards and best practices.”

Zingler had depression and was twice hospitalized for suicidal thoughts after Iowa denied the sex reassignment surgery. “I didn’t think I’d ever make it to age 40.”

But the state approved hormonal treatments, which stopped Zingler’s menstrual cycles. Doctors said it was necessary because of hormonal imbalance rather than gender dysphoria.

Zingler eventually was able to get the sex reassignment surgery after getting a job with health benefits that covered the procedure. But recent actions by the Iowa legislature and governor were a serious blow to other transgender people, Zingler said.

“That was so devastating that I spent the weekend trying to console trans people and trying to keep them from committing suicide.” 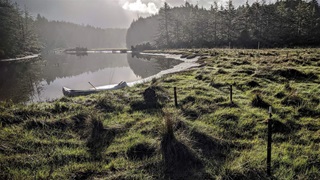 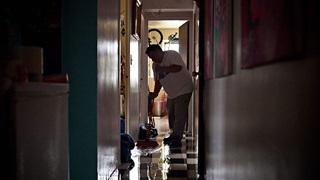 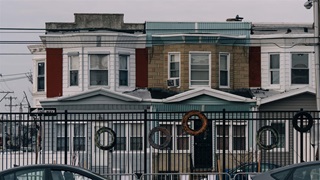