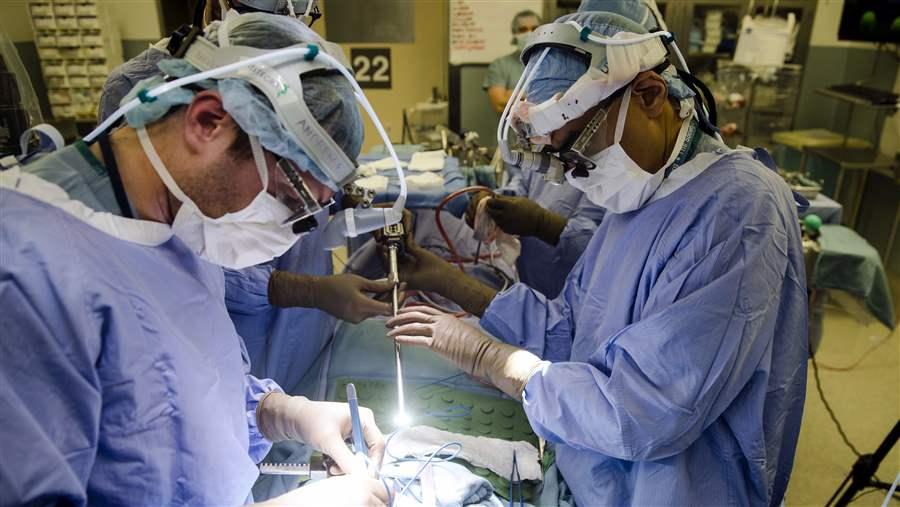 Doctors perform surgery at the Hospital of the University of Pennsylvania in Philadelphia. States are concerned about their ability to regulate association health plans under a new rule the Trump administration is close to finalizing.

Within weeks, the Trump administration will make it easier for small businesses to band together to buy health insurance for their workers.

The U.S. Department of Labor is putting the final touches on new rules for the insurance collaborations known as "association health plans." The plans won’t have to include mental health care, emergency services or other benefits required under the Affordable Care Act, making them a cheap alternative to the policies on the health care exchanges.

But many states — blue and red — are sounding alarm bells, arguing that by weakening state authority over the plans, the changes would enable unscrupulous operators to sell cheap policies with skimpy or nonexistent benefits.

It is not a theoretical concern: Before passage of the ACA in 2010, association health plans flourished across the United States and millions of Americans were enrolled in them.

But the plans proved to be magnets for scam artists, and many became insolvent. As a result, hundreds of thousands of beneficiaries found themselves saddled with hundreds of millions of dollars in unpaid medical bills.

Insurance regulators from blue states such as California, Minnesota and Washington are now raising concerns with the Labor Department. But so are Republican-led states such as New Mexico and Iowa.

They want states to have the power to establish consumer protection and financial stability standards and to have the ability to bar certain plans from doing business within their borders.

In addition to their concerns about fraud, the regulators worry that the association health plans will weaken their insurance markets by siphoning away the healthiest consumers and leaving everyone else with higher premiums. They say the plans could cause insurance carriers to abandon their states.

Hundreds of individuals and organizations, including advocates for people with cancer, hemophilia, leukemia and mental illness, also have warned the agency that weakening states’ regulatory authority could prompt a return to the bad old days.

To be sure, not all the comments are negative. Wisconsin’s Republican Gov. Scott Walker said his state applauds the U.S. Department of Labor “for taking proactive measures to broaden health insurance options for small employers and sole proprietors.”

Some industry groups, representing trucking companies, builders and electric contractors among others, also are in favor, as is the National Federation of Independent Business.

Association health plans got their start in the mid-1970s.

That apparent contradiction did not go unnoticed.

“Criminals always take advantage of ambiguity,” said Mila Kofman, the executive director of the Washington, D.C., Health Benefit Exchange Authority, who in a previous career as a researcher at Georgetown University was considered one of the foremost experts on association health plans.

The law spurred the creation of association health plans, some legitimate, but many not. Scammers promoted phony health insurance to small businesses and self-employed people.

Some of the unscrupulous operators created associations themselves, collecting membership fees for nonexistent associations and premiums to cover claims they never intended to pay.

Some operators of these health plans successfully argued in court cases that because they were running ERISA plans, they were exempt from state health insurance regulation. They knew the Labor Department wasn’t equipped to act as an insurance regulator or even to determine whether all association health plans operating would have legally qualified under ERISA.

In California between 1977 and 1982, 45 multiple employer arrangements, most if not all of them association health plans, shut down. Eighteen of them went bankrupt, including two that left behind more than $7 million in unpaid medical bills.

Congress tried to correct the problem in 1983 by amending ERISA to give states more authority to regulate association health plans. But many states were slow to bolster their regulatory laws, and the fraud and insolvencies continued.

According to a 2004 U.S. General Accounting Office report, between 2000 and 2002, 144 association health plans that had not been authorized to sell health benefits coverage were operating across the country. Those plans purportedly provided coverage for at least 15,000 employers and more than 200,000 policyholders. Together, they failed to pay at least $252 million in medical claims.

The Affordable Care Act curtailed most of the abuses, by making it clear that most association health plans were subject to the same requirements as other health insurance plans sold to individuals or small businesses. They were now required to provide what the ACA refers to as the 10 essential health benefits. 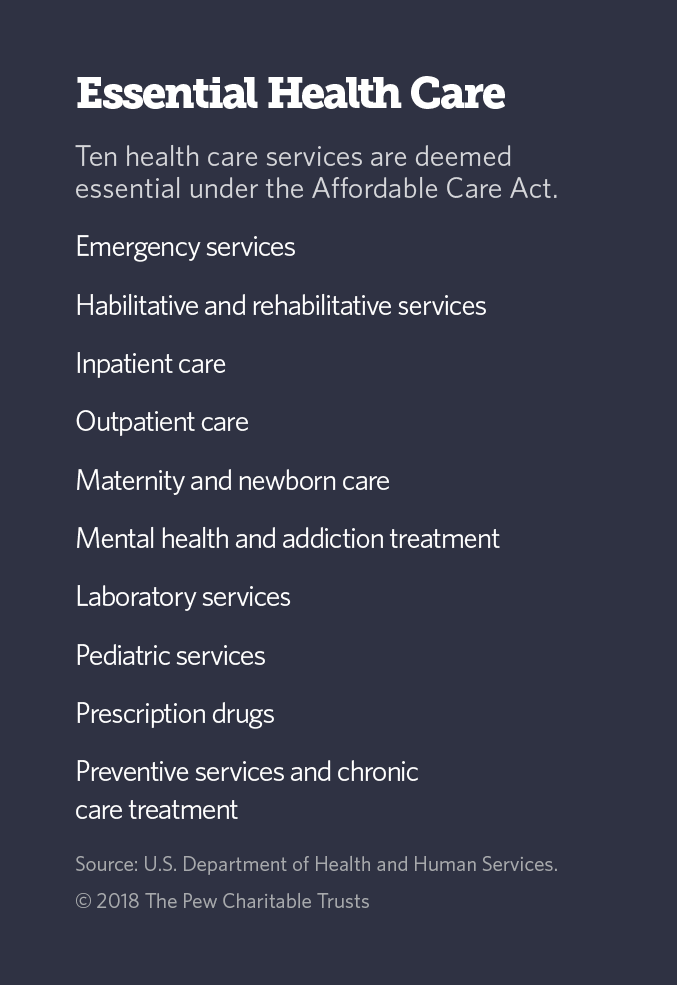 Those include coverage for hospitalization, maternal care, prescription drugs, mental health and addiction treatment, and pediatric services. The ACA also prevented association health plans from rejecting people for coverage or charging higher premiums based on their health conditions.

Having to follow the same rules as other health insurers, association health plans lost the advantages they once enjoyed. Many disappeared.

Critics are most concerned that the pending regulations will make it easier for association health plans to become big enough to be considered “large group” health insurance plans, which cover more than 50 employees. Large group plans are subject to far less state regulation and fewer ACA requirements than small-group or individual plans.

“These things will cherry-pick the healthiest groups and individuals and the rest of the … market will become so expensive that no one will be able to afford it,” Kofman said. “And insurers won’t stay to only cover sick people.”

But Edmund Haislmaier, a health expert at the conservative Heritage Foundation, said the new rules would allow small businesses to escape what he calls the “onerous” and costly regulations of the ACA.

He acknowledged the risk of fraud, but said it will become less likely if association health plans purchase insurance from traditional carriers instead of paying out claims from their own funds.

Association health plans in the large-group category will be less likely to go the self-funded route, he said.