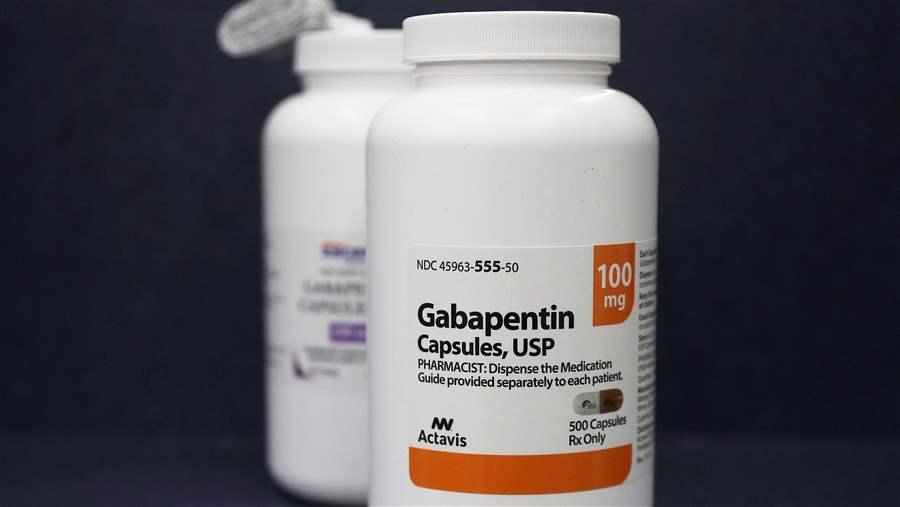 Long considered safe and non-addictive, gabapentin is increasingly showing up in the bodies of people who overdose on heroin and prescription opioids. Researchers are now finding that the alternative painkiller has become a drug of abuse.

Doctors who are cutting back on prescribing opioids increasingly are opting for gabapentin, a safer, non-narcotic drug recommended by the Centers for Disease Control and Prevention.

By doing so, they may be putting their opioid-using patients at even greater risk.

Recently, gabapentin has started showing up in a substantial number of overdose deaths in hard-hit Appalachian states. The neuropathic (nerve-related) pain reliever was involved in more than a third of Kentucky overdose deaths last year.

Drug users say gabapentin pills, known as “johnnies” or “gabbies,” which often sell for less than a dollar each, enhance the euphoric effects of heroin and when taken alone in high doses can produce a marijuana-like high.

Medical researchers stress that more study is needed to determine the role gabapentin may have played in recent overdose deaths. However, a study of heroin users in England and Wales published last fall concluded that combining opioids and gabapentin “potentially increases the risk of acute overdose death” by hampering breathing and reversing users’ tolerance to heroin and other powerful opioids.

Kentucky last year classified gabapentin as a controlled substance, making it harder for doctors to prescribe it in copious quantities and for long durations. The new classification also allows police to arrest anyone who illicitly sells the drug, although the state’s drug control chief, Van Ingram, said that was not the intent of the new law.

In the last two years, Illinois, Ohio, Massachusetts, Minnesota, Tennessee, Virginia and Wyoming also have moved to control the flow of gabapentin by requiring doctors and pharmacists to check a prescription drug database before prescribing it to patients to make sure they aren’t already receiving gabapentin, or some other medication that interacts with it, from another physician.

In a statement to Stateline, Pfizer communications director Steven Danehy said, “Reports of misuse and abuse with this class of medicines are limited and typically involve patients with a prior history of substance abuse, including opioids.”

The drugmaker also pledged to “continue working with regulatory authorities and health officials to evaluate and monitor the safety of these medicines.”

Approved by the FDA in 1993 for the treatment of epilepsy and the nerve pain associated with shingles, gabapentin is sold by Pfizer under the brand name Neurontin. A generic form of the drug has been available since 2004 and is now sold by several other companies as well.

Gabapentin is now one of the most popular prescription drugs in the United States, according to the New England Journal of Medicine. It was the 10th-most-prescribed medication in 2016. Its more expensive cousin, pregabalin, sold as Lyrica and also made by Pfizer, was the eighth best-selling.

Many doctors recommend gabapentin to patients for a long list of disorders, including hot flashes, migraines, restless leg syndrome, fibromyalgia, and neuropathic pain associated with diabetes and spinal injuries. Some doctors also prescribe it for anxiety and insomnia.

Now, research is underway to determine whether gabapentin may be effective as a treatment for alcoholism.

Already, it is widely used to ease the symptoms of drug and alcohol detoxification. And addiction specialists routinely use gabapentin to manage pain in people who are either addicted or at risk of addiction to opioids and other substances.

Alone, high doses of gabapentin have not been found to affect breathing. The vast majority of gabapentin deaths, about 4 in 5, also involved opioids, according to the journal Addiction.

People who stop taking the medication abruptly, however, can suffer withdrawal symptoms such as trembling, sweats and agitation.

In February, Food and Drug Administration director Scott Gottlieb said the agency was reviewing the misuse of gabapentin and, for now, had determined no action was necessary. Similarly, the CDC has not issued a warning about gabapentin, nor has the Drug Enforcement Administration.

In Kentucky, Ingram said it has been clear to police and pharmacists for the last three or four years that gabapentin was becoming an increasingly popular street drug. “People were seeking early refills, claiming they lost their prescriptions and openly conducting transactions in parking lots outside of drug stores,” he said.

But since it wasn’t a controlled substance, nothing was done about it. That’s likely to start changing with the new law, he said.

“Misuse of gabapentin is just one more collateral effect of the opioid epidemic,” said Caleb Alexander, an epidemiologist at Johns Hopkins University who has been studying the heroin and prescription drug epidemic. When one drug becomes less available, drug users historically seek out alternatives, he said. “What is most surprising is the sheer magnitude of its use.”

The share of Appalachian drug users who reported using gabapentin to get high increased nearly 30-fold from 2008 to 2014, according to a 2015 study in the American Journal of Psychiatry.

Paul Earley, an addiction doctor practicing in Georgia and a board member of the American Society of Addiction Medicine, said, “We knew that a small subset of our addiction patients would abuse gabapentin.” But he said it wasn’t until 2016, when Ohio sounded an alarm about the drug’s association with overdose deaths, that addiction doctors started taking the problem more seriously.

“For years, we considered gabapentin to be ‘good for what ails you,’” Earley said. “But I’m much more cautious than I used to be. If there’s anything we’ve learned from the opioid epidemic, it’s that we need to rethink how we prescribe drugs we once assumed were safe.”