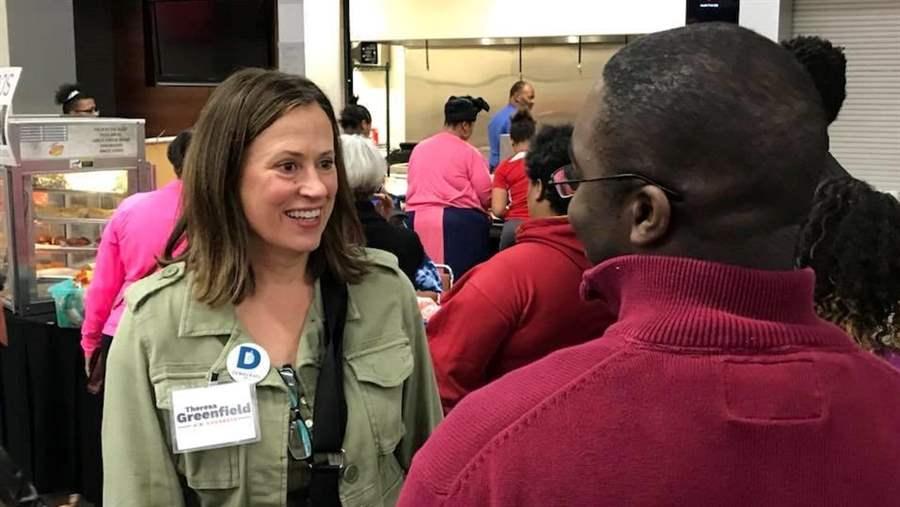 Theresa Greenfield's campaign for Congress ended in March because the Iowa Democrat's campaign manager forged signatures to get her on the primary ballot. States have developed different methods to root out forgeries in the petition process.

Theresa Greenfield’s campaign for Congress ended in March — not because she lost the Democratic primary in Iowa’s 3rd District, but because her campaign manager forged many voters’ signatures on the petition that put her on the ballot.

“I had dreamed of winning,” said Greenfield, who says she was unaware of the forgeries. “I never thought my own teammate would knock me off the field.”

Greenfield, a businesswoman from Des Moines, was one of the leading Democratic contenders to challenge the Republican incumbent, Rep. David Young. But instead of becoming her party’s nominee in the June primary, she joined a long list of candidates across the country who have been disqualified because some of the signatures they collected were illegitimate. In some cases, candidates and campaign workers have faced criminal charges.

Thirty-eight states require candidates to collect a certain number of signatures to get on the primary ballot, a mandate designed to weed out unserious candidates. In other states, candidates can reach the ballot by collecting signatures, paying a fee, or qualifying through a party convention. States also differ on whether candidates must collect a defined number of adult signatures, or whether they must get a certain percentage of registered voters.

The issue is especially relevant now, as record numbers of candidates, especially women, rush to compete in the 2018 midterm elections. In some states, election officials are receiving more petitions than ever before. But people have been forging signatures for as long as there have been petitions.

Earlier this year, a judge in Tarrant County, Texas, and a district clerk in Webb County, Texas, dropped out of their respective races because of accusations they forged signatures. In Utah, authorities charged two residents with felonies, accusing them of forging signatures for voter initiative petitions.

In Maine, state officials in April found that U.S. Senate candidate Max Linn’s campaign had forged hundreds of voters’ signatures, some of whom were deceased, to get onto the Republican primary ballot. Secretary of State Matthew Dunlap disqualified enough signatures that Linn fell below the 2,000-signature threshold for statewide office.

As in most states, it’s “an eyeballing process” for Maine, said Kristen Muszynski, the communications director for the secretary of state. Local clerks look over petitions, looking to see whether the voters listed are registered, whether their addresses are correct, whether their signatures match ones housed in the state’s voter registration database, and whether there are any duplicates.

Mary Jane White, the city clerk for Bath, Maine, acknowledges, though, that she doesn’t check every signature she sees on candidate petitions.

“It’s just a routine thing,” said White, who also serves as president of the Maine Town and City Clerks’ Association. “Some of these people I know personally. I can spot one if something’s funny.”

Colorado has gone beyond “eyeballing” in the wake of its 2016 U.S. Senate race, during which signature controversies nearly derailed three Republican primary campaigns. An employee for a company hired by one GOP candidate, Jon Keyser, to collect signatures eventually pleaded guilty to submitting forgeries — a felony charge. All three candidates eventually made it to the ballot by going to court and arguing successfully that several disputed signatures were legitimate.

In 2017, Colorado enacted a new law allowing officials to check more than just the basic information, like names and addresses, on petitions. Now they can check the signatures against voter registration documents and use computer software to do so.

After digitally scanning petitions, the software puts images of a petition signature next to the signature from a voter registration card, allowing officials to compare them line-by-line. It takes two officials, one Democrat and one Republican, to disqualify a signature. It’s still an arduous process, but some of the digital automation makes the work easier, said Ben Schler, the legal and policy manager of the Colorado secretary of state’s office.

The new system “is definitely on the forefront of petition analysis and processing,” said Jim Suver, the vice president of business development of Runbeck Election Services, the Arizona-based company that developed the software. The state paid Runbeck $550,000 to develop the software and license it for five years.

Schler said this year the new system has allowed state officials to verify each of the 300,000 signatures collected by 45 candidates.

But some say Colorado is spending so much time and money verifying signatures that it’s time to scale back the signature requirement. David Flaherty, CEO and founder of the Colorado-based political consulting firm Magellan Strategies, said that instead of requiring 10,500 signatures for statewide elections, Colorado’s standard should be 1,000 signatures.

“I’m sick and tired of this stupid rule,” said Flaherty, a Republican pollster. “It’s ridiculous we’re wasting all of this money. We should just live with having 20 candidates at the end of the day. Who cares? The ones who have momentum and grassroots support will be heard.” 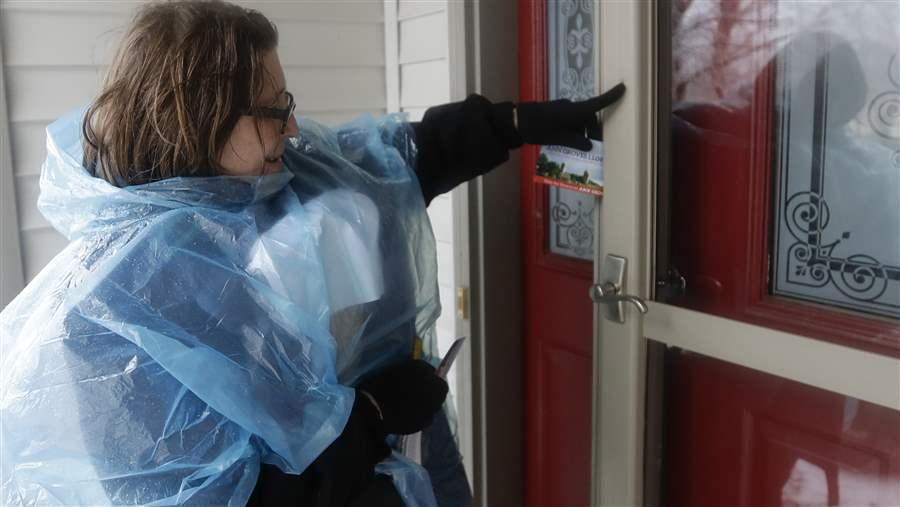 A campaign worker braved a spring storm last month near Pardeeville, Wisconsin, to get petition signatures for a state Assembly campaign.  Most states just “eyeball” signatures to determine their legitimacy.

Earlier this year, Republican gubernatorial candidate Walker Stapleton withdrew his petitions, saying the firm his campaign hired to collect signatures engaged in “fraudulent conduct.” He was still able to reach the primary ballot by getting enough support at the Colorado Republican assembly in April.

A Colorado-type system is still a long way off for some states, such as Iowa. There, signatures on petitions “are presumed valid,” said Dawn Williams, the state’s director of elections.

“We do not really have the statutory authority to see if the signatures match,” she said.

Instead, residents can purchase photocopies of the submitted signatures and file a formal, written objection that identifies potential discrepancies and inaccuracies in a candidate’s petition, she said.

A conservative blogger in Iowa used that method to challenge some of the signatures that Republican gubernatorial candidate Ron Corbett submitted to get on the primary ballot. In late March, a three-person panel that consisted of the state’s attorney general, auditor and secretary of state rejected enough signatures to disqualify Corbett.

Greenfield, the Iowa Democrat running for Congress, voluntarily came forward earlier this year when she discovered that many of the signatures were forgeries — without waiting for a challenge from an opponent.

“I never considered an alternative,” she said. “To tolerate any tampering is just wrong. I would rather it cost me the opportunity to be on the ballot, or worse yet win the election, knowing I had forged signatures.”

Greenfield made a last-minute effort to gather enough signatures, as staff and volunteers of several Democratic gubernatorial and congressional campaigns, including some from one of her rivals, went to all 16 counties in the district to gather signatures. But her effort fell short.

She was out of the race.

“I wish I would have had more time to get more signatures,” she said, “but I can go to sleep at night and not regret a single thing.”