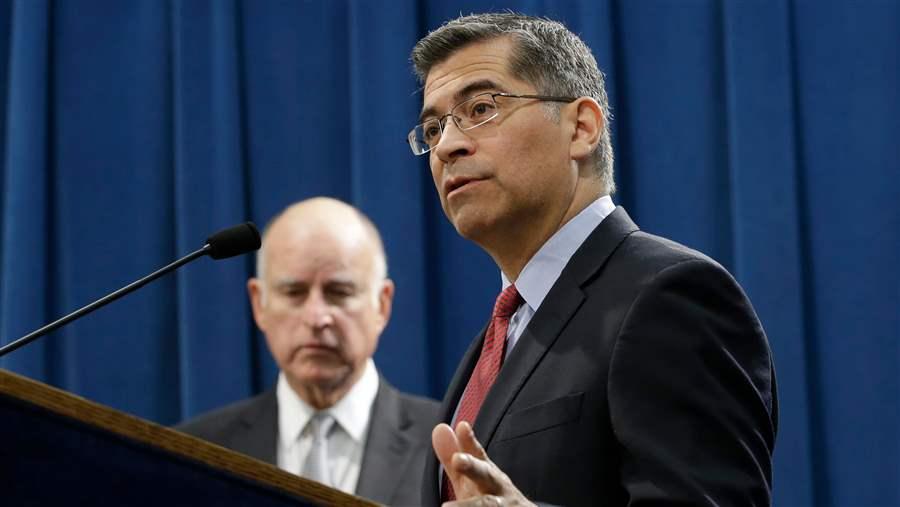 California Attorney General Xavier Becerra and Gov. Jerry Brown, both Democrats, discuss a lawsuit filed against the federal government earlier this year. California is now leading its 32nd lawsuit against the Trump administration.

“California is not looking to pick a fight with the Trump administration, but we are ready for one,” California Attorney General Xavier Becerra, a Democrat, said at a news conference announcing the lawsuit, which his state is leading.

Mary Nichols, chair of the California Air Resources Board, said the state is prepared to sue “at every step along this process” to protect the nationwide emissions standards and California’s authority to set its own standards under the Clean Air Act.

The lawsuit doesn’t come as a surprise. Democrat-led states have been aggressively suing the federal government since President Donald Trump took office, and environmental policy experts have long predicted that any federal move to change the emissions standards would set off a major legal battle.