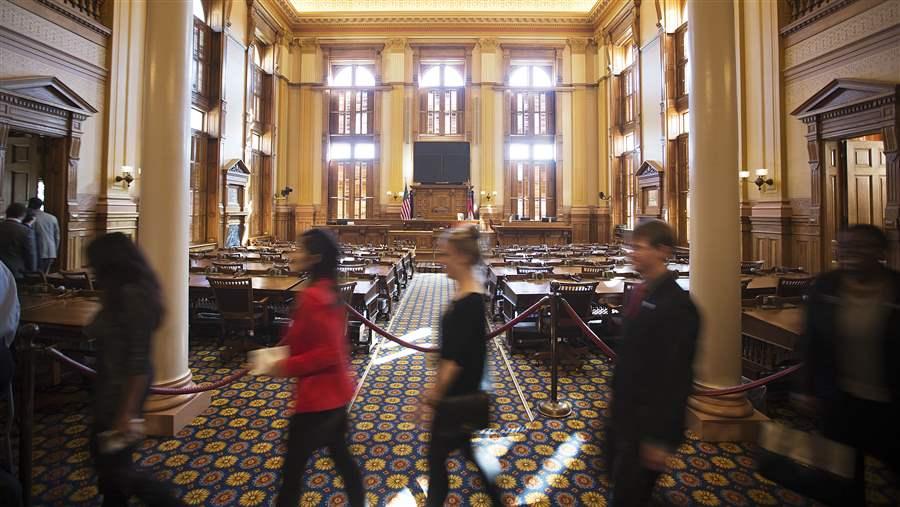 Legislator Who Stood Up to Sexism in '73 Sees Some Progress

Even as sexual harassment allegations explode in statehouses around the country, Senfronia Thompson, now 78, says that in Austin’s pink granite Capitol, she doesn’t see male lawmakers and lobbyists harass women like they did 44 years ago.

In most of the state capitols recently roiled by allegations of sexual assault or harassment, lawmakers have not been receiving regular anti-harassment training.

The movement that has empowered women across the country to levy sexual assault and harassment allegations against powerful men continues to snowball, causing an uprising in many industries, including state politics.

Holding individual lawmakers, and not the government, responsible for sexual harassment might lessen the incentive for legislatures to train and police their own.

Why Statehouse Interns Are Especially Vulnerable to Sexual Harassment

The federal Civil Rights Act doesn’t protect unpaid interns from sexual harassment if they aren’t employees. As accusations pile up, lawmakers are searching for ways to keep their most vulnerable workers safe.