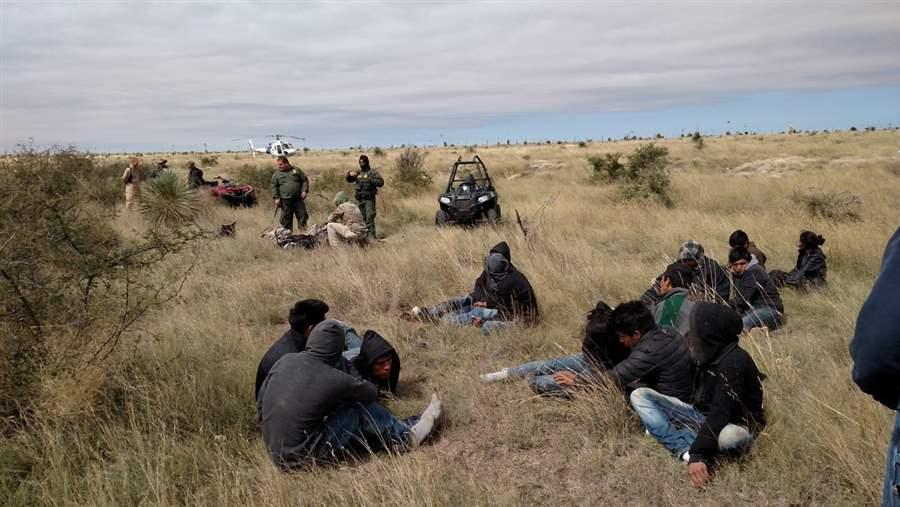 Border Patrol agents apprehend immigrants near Marfa, Texas. More children from Central America are crossing the Mexican border, fleeing violence in their home countries, despite fear of deportation under the Trump administration.

The number of people caught trying to illegally cross the Mexican border ticked up in February and is up about 56 percent from 2017.

U.S. Border Patrol statistics show 36,695 people were stopped in February, down from a recent peak of 40,511 in December but still well above the 23,554 caught in February 2017, when crossings plummeted in the early months of the Trump administration.

But Michelle Mittelstadt, a spokeswoman for the nonpartisan Migration Policy Institute, predicted a year over year increase of only 9 percent by the time 2018 concludes. Mittelstadt also noted that during the 1990s, illegal border crossings were about five times what they are now.

Immigration advocates say the uptick demonstrates the desperation of Central Americans fleeing gang violence, even as fears of being deported have increased under the Trump administration.

Some immigration opponents say the increase is the result of moves to legalize so-called “Dreamers,” children brought to the U.S. illegally by their parents years ago, even though the newcomers would not qualify for the Obama administration’s deferred action program.