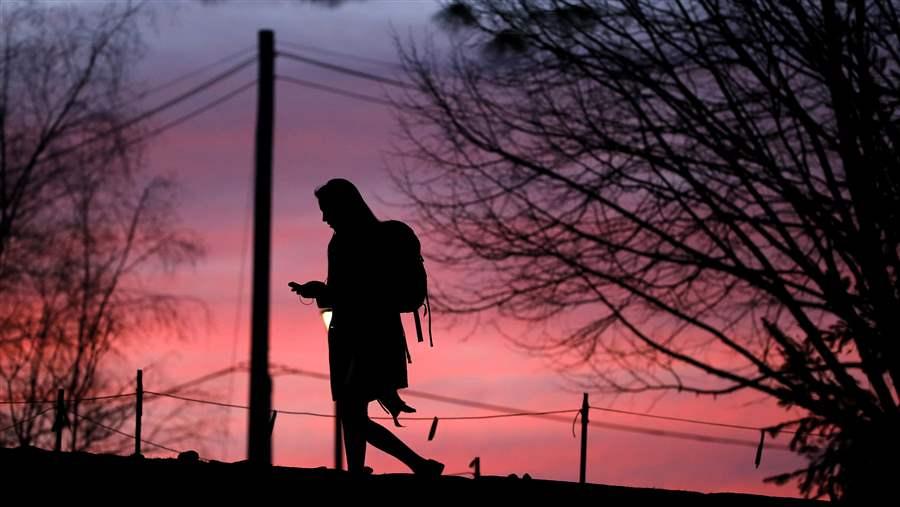 A University of New Hampshire student walks across campus as the sun sets. New Hampshire is among the states where public colleges and universities rely heavily on tuition revenue.

State colleges and universities are relying more on tuition dollars to fund their operations even as state funding rises and colleges come under pressure to keep tuition low.

The report looked at net tuition revenue, which it defined as tuition and fees minus medical student tuition, state and institutional financial aid and other waivers and discounts. It found that tuition dollars paid by families — a figure that includes federal grants and loans — made up 46 percent of funding for U.S. public colleges and universities in fiscal 2017, almost double tuition’s share of higher education funding in 1990.

In over half of states, the share was higher. In Vermont, New Hampshire, Delaware and Pennsylvania, over 70 percent of higher education funding came from tuition dollars last year.

Nationwide, net tuition revenue peaked as a funding source for public higher education in 2013, after the collapsing economy sent a wave of students back to school at the same time as state lawmakers were cutting funding for colleges. Since then, enrollments have fallen and state investments in higher education and financial aid have increased.