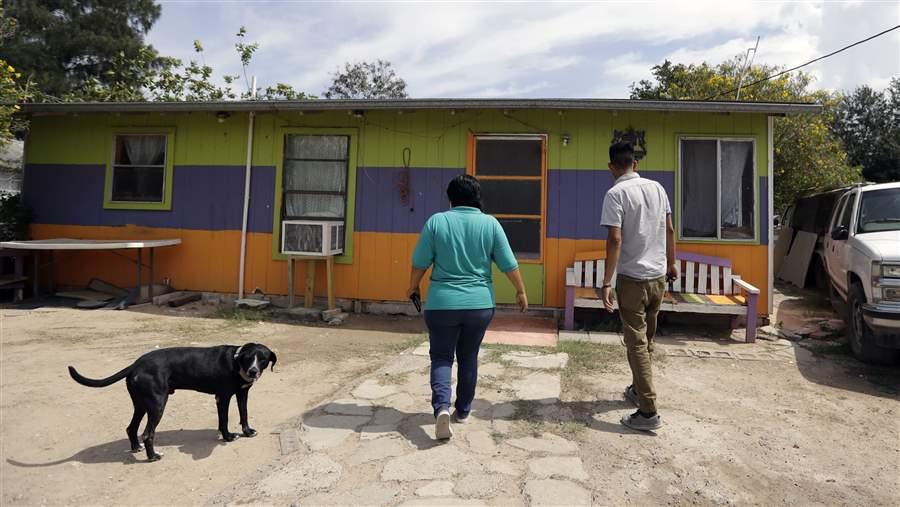 A makeshift home near Alamo, Texas. Some fear that adding a citizenship question to the census form will make it even harder to get an accurate population count in such areas.

Federal officials will add a citizenship question to the 2020 U.S. Census, overriding the objections of states and cities that fear it will discourage participation and endanger their population-based funding.

Critics say it will add to the challenge facing states gearing up to prevent undercounts in hard-to-count areas, including border shantytowns and other communities with unauthorized immigrants.

The new question was requested by Attorney General Jeff Sessions, who argued it was necessary to get accurate counts of potential voters in order to stop illegal gerrymandering that dilutes the voting power of minorities.

California has already sued to stop the question and a coalition of 18 other states is opposed to it, saying it will discourage participation by immigrants afraid of deportation. Last fall, a Census memo noted that immigrants are increasingly concerned about the confidentiality of their answers and whether they might be used to target them for deportation.

But the Center for Immigration Studies, which favors less immigration, argues that the new question is not likely to hamper participation. Steven Camarota, the center’s research director, pointed out that the census already asks survey questions about citizenship for small samples of people.

“If asking about citizenship significantly reduced data quality,” Camarota said, “then a good deal of information published by the government would already be compromised.”