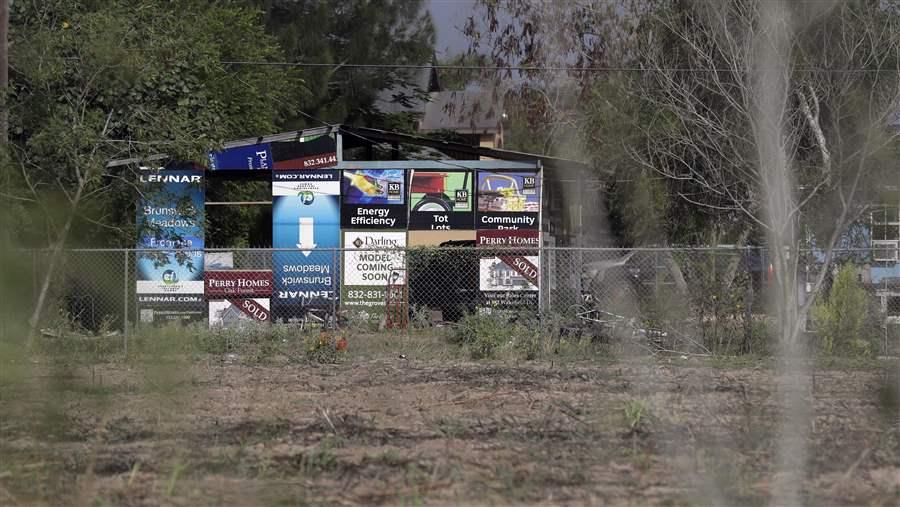 Makeshift homes like this one in Alamo, Texas, in border areas called colonias, are among the hard-to-count areas where states are trying to help the Census prepare for 2020’s count.

The $1.3 trillion spending deal President Donald Trump signed Friday includes a $1.3 billion increase for the U.S. Census Bureau, a major boost for efforts to prevent an undercount in the 2020 U.S. Census.

The prospect of underfunding had prompted several states to gear up activities like address-checking that can help the census workers find people in rural areas, makeshift border housing, trailer parks and other hard-to-count places. Cities and states are desperate to avoid undercounts because billions in federal funding is tied to population.

The bureau “now has the minimum resources needed” to prepare for the next Census, but will still need billions more next year as preparations ramp up, said Phil Sparks, director of the Census Project, a coalition of private and government data users.

The coalition had previously protested the administration’s request to increase the Census Bureau budget by only $187 million. The increase Trump signed into law raises the total 2018 budget to $2.8 billion.

There also could be a fight for funding in next year’s budget, said Todd Graham, chair of the Census State Data Centers network, as the bureau continues to implement plans for computerizing counts and other new technology.

“There are no promises and no certainty about Census’ budget in that next lap around the track,” Graham said.