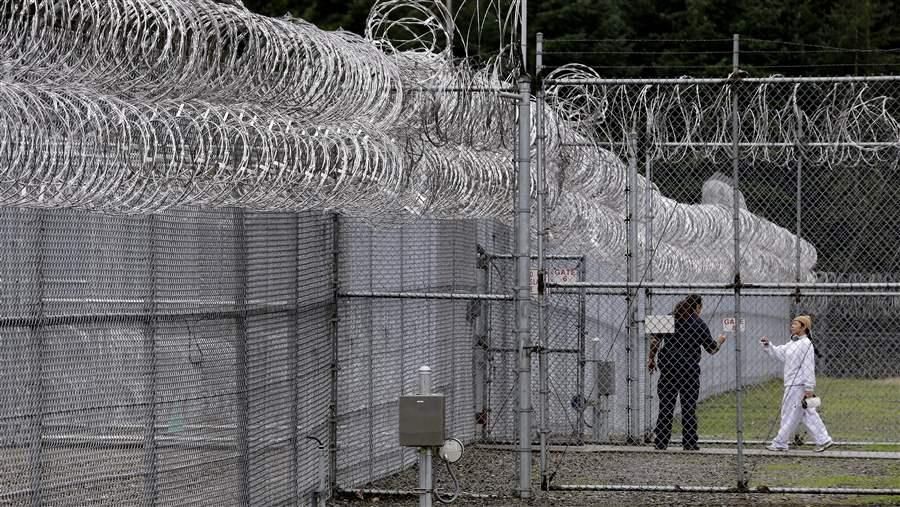 A correctional officer, left, directs an offender through a gate at the Washington Corrections Center for Women in Gig Harbor, Washington. Democratic Gov. Jay Inslee signed a law which will cut down on the number of youths tried in adult court.

Washington Gov. Jay Inslee, a Democrat, signed into law a bill which will limit the number of youth who can be tried as adults in criminal courts.

The law restricts the use of “auto-decline” in the state. Previously, 16- and 17-year-olds charged with certain crimes were “automatically declined” to be tried as juveniles and were sent to adult court.

Since 1997, most youth charged with violent crimes as well as first-degree robbery and first-degree burglary were automatically tried as adults. Under the new law, in most instances, youth will remain in the juvenile justice system with the exception of violent crimes such as murder and manslaughter.

The law also allows juveniles charged with serious crimes to be held in jail up to their 25th birthday, rather than up to age 21, and provides sentence enhancements for certain crimes, such as gang involvement.

The new law is part of a national trend in juvenile justice. Teens who are funneled into adult prisons do not have access to rehabilitative services that the juvenile justice system provides.

There’s a growing awareness that young people’s brains are still developing and they might not fully understand the consequences of their actions. Research has shown that teens are more likely to commit additional crimes if they are prosecuted as adults.

Over the past decade, at least seven states have raised the age of criminal responsibility to 18, and today most states set it there. Since October, 16-year-olds charged with a crime in New York will no longer automatically be prosecuted as adults. And starting in October 2019, 17-year-olds will no longer automatically be prosecuted as an adult, with that decision left to a judge in felony cases.