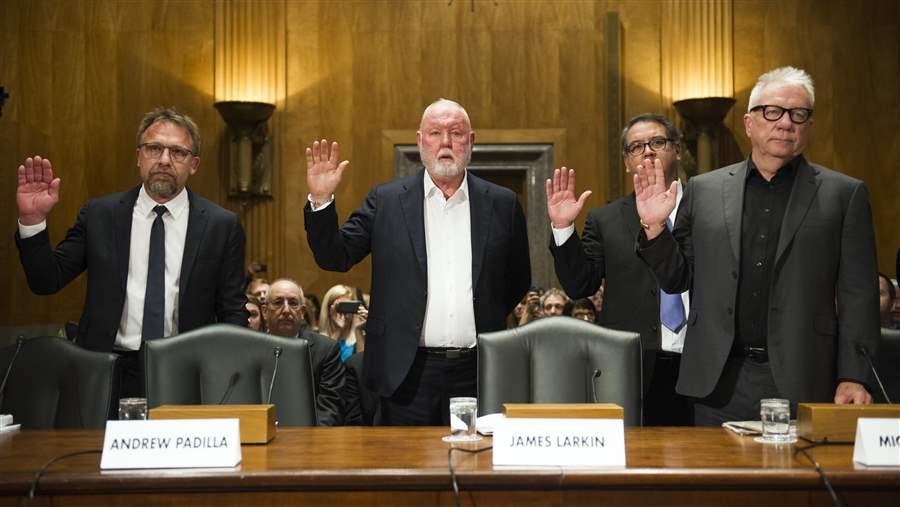 Leaders of the company Backpage.com testify on Capitol Hill, facing questions about use of the site to advertise prostitutes. Backpage.com and others have come under fire for their involvement in sex trafficking, spurring Congress to pass a bill allowing suits against such sites.

A bill that would allow prosecutors to go after websites believed to facilitate human trafficking is headed to the desk of President Donald Trump, who has expressed support for it.

The bill changes current law, passed in the early days of the internet in 1996, which gives websites legal immunity when third parties use them for illegal activity. It targets websites such as backpage.com which frequently host ads for prostitution.

But some prosecutors wanted to go after the websites that traffickers used to do business. If signed by the president, civil and criminal cases could be pursued against the sites.

The bill was opposed by some tech giants, who said the changes would leave them liable for content they can’t monitor.

White House press secretary Sarah Huckabee Sanders said in a statement that Trump applauded the passage of the bill but she did not explicitly say he would sign it.