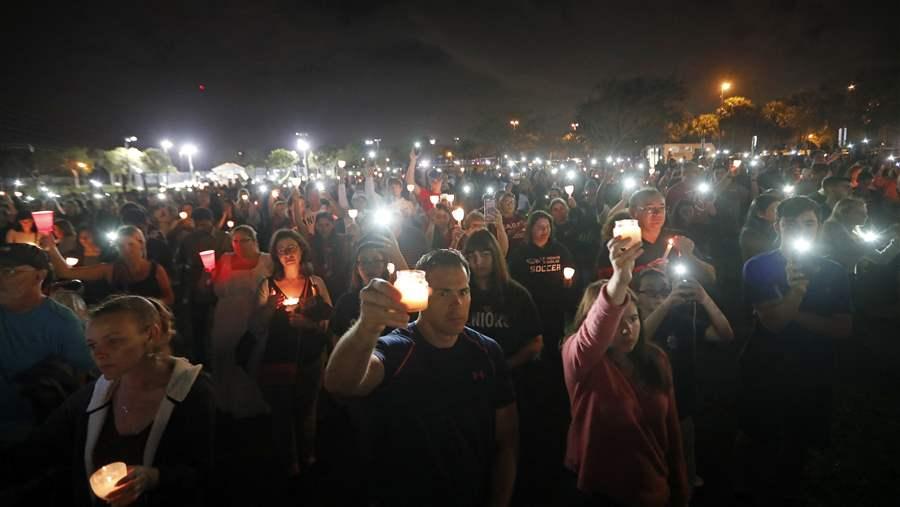 A candlelight vigil in memory of the 17 students and faculty who were killed in the mass shooting at Marjory Stoneman Douglas High School in Parkland, Florida. With the federal government funding little research on gun violence, California has created its own research center, and New Jersey is considering doing its own large-scale study.

As deaths from mass shootings have mounted across the United States, some states are moving to collect hard data to guide their decisions about guns — even as the federal government has retreated from such research in the face of pressure from pro-gun groups.

The New Jersey Legislature, for example, is weighing a measure that would create a gun-violence research center at Rutgers University. The center would be modeled on the new Firearm Violence Prevention Research Center at the University of California at Davis, which launched last summer with $5 million in state money over five years.

The impetus for both initiatives is the vacuum created by the federal government’s virtual abandonment of research into gun violence — its causes, its patterns, its perpetrators, its victims, and the best ways, based on scientific evidence, to curtail it.

The federal government’s reluctance to fund research has had a ripple effect. A study published in the Journal of the American Medical Association last year found that between 2004 and 2015, research related to gun violence was “substantially underfunded and understudied” compared with other leading causes of death, based on the mortality rates of each. The study said that gun violence research received a paltry 1.6 percent of the funding ($22 million) that would be predicted ($1.4 billion) based on the number of deaths caused by guns — 36,252 in 2015, according to the CDC.

The influence of pro-gun groups has also dissuaded many private foundations from funding such research, according to David Hemenway, who studies gun violence and injury prevention at the T. H. Chan School of Public Health at Harvard University.

“If you fund gun research, you know you’ll be attacked, and there are so many other things that need research,” Hemenway said. “Funders figure they don’t need the headaches that come with studying gun violence.”

In California and New Jersey, supporters of research say states must pick up the slack.

“California essentially said that the federal government wasn’t fulfilling its responsibility, so we’re going to step into the breach, just as we have with climate change and years before with highway safety,” said Garen Wintemute, the director of the new California center and an emergency physician who has studied gun violence for three decades.

The feeling in New Jersey was the same, according to state Sen. Troy Singleton, a Democrat who introduced a separate bill to fund a $400,000 study of gun violence. It passed out of a Senate committee this month.

“I’m dismayed over the political decision that caused the federal government to walk away from studying this issue, which has put us in a dangerous situation nationally,” Singleton said. “When we develop evidence-based solutions, that’s when we’re at our best.”

The sponsor of the bill to establish a gun research center at Rutgers, Democratic Assemblywoman Joann Downey, said she is more optimistic than ever before about the legislation’s chances. 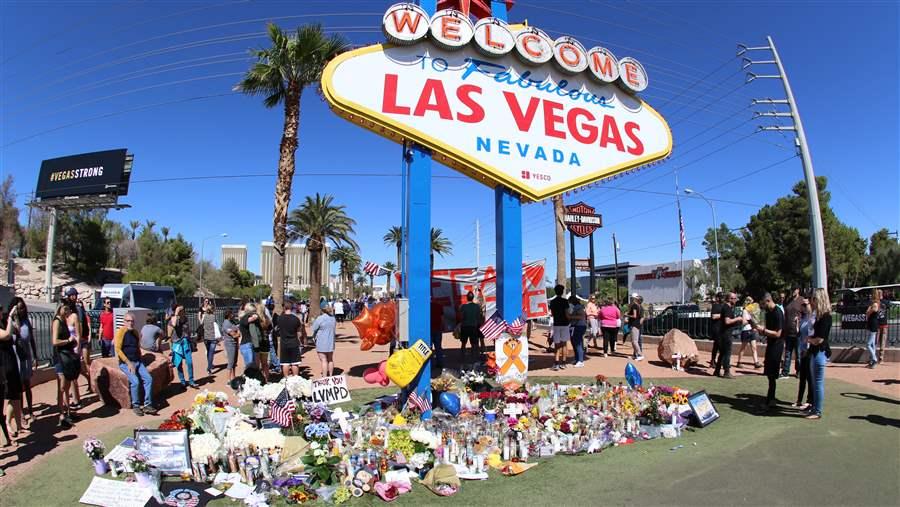 A memorial pays tribute to the victims of the mass shooting on the Las Vegas Strip in October. Fifty-eight people were killed in the attack.

A Shift on Capitol Hill?

In the wake of the killings at the Marjory Stoneman Douglas High School in Florida earlier this month, a few congressional Republicans have indicated a willingness to lift federal restrictions on gun research.

Gun-violence researchers say such a shift would make a huge difference. Without federally funded research, they say, policymakers lack the basic information that would help them make wise policy decisions.

“What isn’t known?” Hemenway said. “Everything. Everything.”

For instance, there are no national studies of who owns guns, how gun owners acquired their weapons, the theft of guns, the number of households with guns, the attributes of a high-quality gun training, or the risk factors associated with gun violence.

Without that knowledge, Hemenway said, “How are you supposed to come up with effective policy?”

The federal government’s withdrawal from gun research began in the late 1990s. Gun researchers such as Hemenway said it was spurred by the first studies indicating that the presence of a firearm in the home increased rather than decreased the chances of gun-related fatalities, either by suicide or homicide. Subsequent studies confirmed those findings.

The studies incensed pro-gun organizations such as the National Rifle Association, which protested to congressional supporters. The result was the Dickey amendment, which Congress added to the 1996 funding bill for the Centers for Disease Control and Prevention, and which bars the agency from using money to “advocate or promote gun control.” Former U.S. Rep. Jay Dickey, an Arkansas Republican who died last year, eventually expressed regret for the amendment that bears his name.

The Dickey amendment does not explicitly prohibit the CDC from studying gun violence. But it has had a chilling effect on such research, especially since Congress cut the CDC’s annual budget by exactly the amount that it had been spending on gun-related research, about $2.6 million a year.

Though the National Institutes of Health and the National Institute of Justice have continued to hand out small grants for such research, NIH several months ago quietly shelved an $11.4 million gun-violence research initiative that President Barack Obama launched in 2013 in response to the Sandy Hook Elementary School massacre in Newtown, Connecticut. The initiative has funded 14 firearm related projects over the past 3 years.

Many pro-gun groups continue to support the Dickey amendment — and they are still angry about CDC studies published with federal money.

“At the time the amendment was proposed, officials in the CDC were indicating that they were going to use the agency in order to attack firearms ownership — and to demonize firearms in the same sense as they had demonized tobacco,” Erich Pratt, executive director of Gun Owners of America, wrote in an email to Stateline.

Even if there isn’t as much gun research as there should be, Philip Cook, a professor at the Sanford School of Public Policy at Duke University, argues that policymakers should be paying attention to what is being produced.

Similarly, according to Cook’s paper, research has shown that laws preventing those with misdemeanor convictions for domestic violence from owning guns have saved lives. Finally, he noted, research showed that laws that increased prison sentences for those using a firearm in an aggravated assault or robbery has reduced the rate of robberies in which a gun is involved.

“Despite the relative lack of federal funding in this area, there has been quite a lot of research going on,” Cook said. “And it’s productive and evidence-based, exactly what is needed to create effective policy.”

At UC Davis, Wintemute said his center plans to give California lawmakers what they need to create effective policy.

“Soon we’re going to publish the first large-scale epidemiological study on gun violence in California in 30 years,” he said. “The reason I know that is because I’m the one who did the study 30 years ago.”