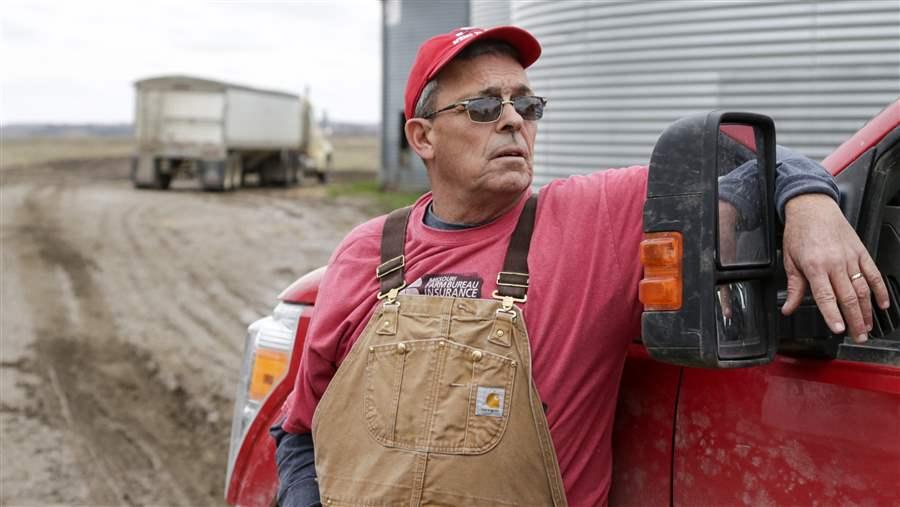 Blake Hurst is a corn and soybean farmer in Missouri who says NAFTA has been good for his business. Farmers have profited from NAFTA and want the treaty to stay. Many of the nation’s governors agree.

The nation’s governors, meeting at their annual winter conference in Washington, got an admonition from the Farm Bureau about NAFTA, the trade treaty among the United States, Canada and Mexico: Don’t mess it up.

Both Democratic and Republican governors agree, though they called for improvements to the deal.

As President Donald Trump and his administration renegotiate the North American Free Trade Agreement,  (which Trump has called a “disaster” in asking for “very big changes”) farmers in states across the country note they have depended on the deal to sell their crops in North and South America. Farm Bureau Federation President Zippy Duvall estimated farm sales in the three-country zone have increased from $8 billion to $40 billion over the life of the 24-year-old deal.

“We want to make sure we do no harm to it,” Duvall told an annual governors meeting in Washington, D.C., over the weekend. “It’s been a good deal.”

Wyoming Gov. Matt Mead, a Republican, agreed, but said there could be room for improvement.

“I don’t think anybody wants to mess it up,” he said after hearing Duvall’s comments. “It’s just that as things change, it ages, there’s room for improvement, and we have to work through now and get to a place where we continue to have NAFTA and modern improvements.”

Trade with Canada and Mexico is important to every state’s economy, from farmers in the Great Plains to manufacturers in many states who can now get parts from all over North America.

Democratic Gov. John Hickenlooper of Colorado acknowledged that there’s “too much at stake” among the three countries to throw sand into the current system, but he, too, said it could be improved. He said the current uncertainty during the renegotiation “gets in the way” of trade and indicated he thought a deal could and should be struck by the end of the year.

“This is of the utmost importance that we get this right,” he said at a reception at the annual meeting of the National Governors Association that was held in the Canadian embassy in Washington. Hickenlooper suggested that his state could use a better deal with Canada on dairy imports, but he noted that the overall compact has to take into account many products and many markets.

“Every state’s going to have their little issue,” Hickenlooper said. “A good trade deal addresses all those differences in a way that’s fair across the board.

“A good agreement probably doesn’t make dairy producers perfect or thrilled,” he said. “They are probably going to grump that they didn’t get as good a deal as they wanted, but hopefully they are going to get a better deal than they have now. What you want to get to is to minimize what the losers have to give up, and you don’t want to maximize the winners because that takes away from somebody else.”