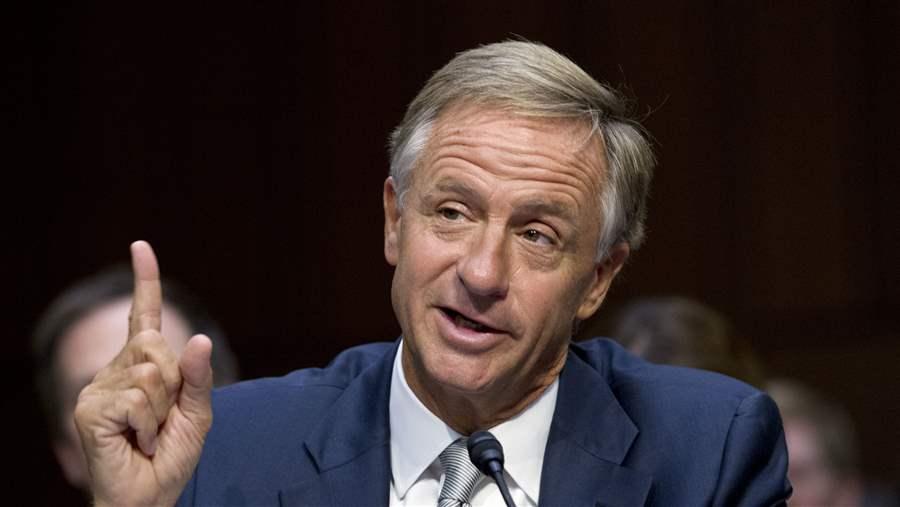 Tennessee Governor Bill Haslam, here speaking on Capitol Hill in Washington last year, said Friday he wants to ban bump stocks and increase the age to buy guns. Haslam is one of several Republicans that have proposed moderate gun-control measures in the aftermath of the Parkland, Florida, high school massacre.

Tennessee Gov. Bill Haslam said Friday morning he would support a ban on bump stocks and raising the age on purchasing assault weapons to 21, adding another Republican voice to others calling for changes in gun regulations.

“It’s just crazy to me that you can’t buy a beer at 19, but you can buy an AR-15,” Haslam said during an event at The Pew Charitable Trusts in Washington, D.C. (Pew also funds Stateline.)

He also said Tennessee should strengthen its background check process.

In recent days, students in Tennessee and elsewhere have joined the survivors of the Parkland, Florida, massacre to demand changes in gun control, and prominent Republicans have begun to talk about modest ways to do that. President Donald Trump is among those suggesting banning bump stocks and raising the minimum age to buy assault weapons.

“The conversation is still a very hard one,” Haslam said. “The views are very distinct.”

Haslam has said he is a “staunch supporter” of gun rights. He is finishing the last year of his second and final term in office. Haslam decided last fall not to run for the seat of retiring GOP Sen. Bob Corker.

Haslam’s record on gun legislation is mixed; the National Rifle Association downgraded him to a “C” ahead of his 2014 primary run for reelection and did not invite him to speak at its convention in the state the following year.

In 2016, Tennessee lawmakers passed a controversial bill that now allows full-time faculty and staff of Tennessee public colleges to carry handguns on campuses statewide. Haslam allowed the measure to become law without his signature, saying he would have preferred that individual colleges determine whether to allow guns on campuses. The law does not allow students to carry guns, however.

In 2017, Haslam signed a law, backed by the NRA, that requires local governments to install more security in gun-free public facilities, or allow people with handgun permits to bring in their guns.

Some gun legislation already is being debated in Tennessee this term. Following the October 2017 mass shooting in Las Vegas that left 59 people dead, including the shooter, two Democratic Tennessee lawmakers introduced legislation to ban bump stocks — devices that would accelerate the rate of fire of a semi-automatic rifle. The bill is still sitting in committee.

Asked Friday whether he would support a bump-stock ban, Haslam said: “I would agree with that.”

Meanwhile, a Republican-sponsored bill that would reduce the penalty for carrying a handgun without a permit advanced in the state legislature this week. Haslam’s legislative liaison has objected to the bill.

“We’re miles apart on the whole gun control debate, so we’re not going to have this whole sweeping change,” Haslam said Friday. “But I think starting to do some things like that where people can say, ‘OK, I can agree with that,’ is the right thing to do to show we’ve got an issue in this country. You’ve got to say we’ve got an issue.”