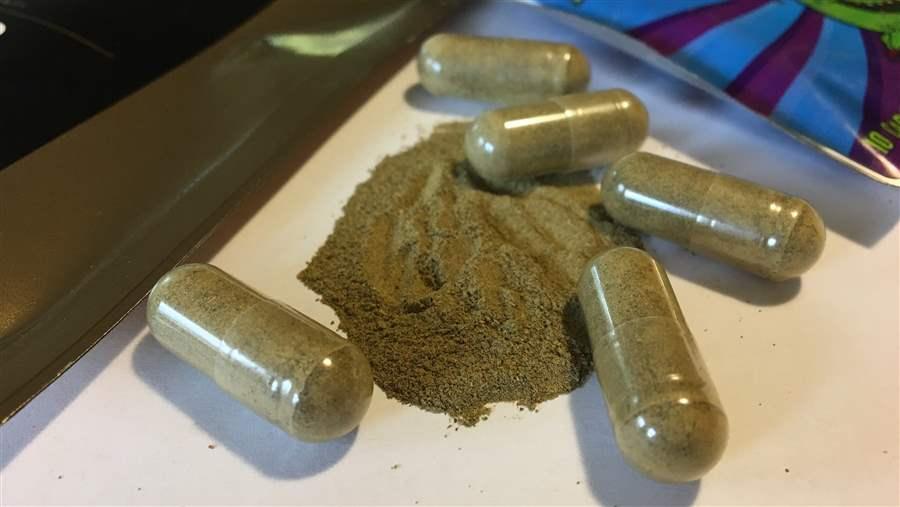 The Centers for Disease Control and Prevention has recommended that people stop taking kratom because of a salmonella outbreak.

An announcement this week from the Centers for Disease Control and Prevention could put a damper on the consumption of an increasingly popular and inexpensive botanical substance known for its painkilling, mood enhancing and stimulant qualities: kratom.

In a Salmonella outbreak that has so far infected 28 people in 20 states, the CDC found that eight out of the 11 people who were interviewed reported taking kratom in the form of pills, powder or tea. And because no common source of the contaminated herb has been identified, the federal agency is recommending people stop taking it.

Kratom (pronounced KRAY-dum) comes from a native Southeast Asian tree related to the coffee plant. It is imported into the United States, typically in powder form, and sold in coffee shops, health food stores, head shops and gas station markets. Although the herb produces opioid-like effects, it does not depress the respiratory system and, therefore, does not present a risk of overdose death.

Used for centuries to fight fatigue, pain and anxiety in Indonesia, Malaysia, Myanmar, Papua New Guinea and Thailand, kratom was rarely taken in the United States until recently.

Now, with growing concerns about the dangers of prescription painkillers, an estimated 3 million to 5 million Americans are taking kratom. Many who have opioid addictions are also using the herb to stave off withdrawal symptoms and reduce cravings.

But worries that the unregulated plant product could be used for its mild euphoric qualities and users could become addicted have sparked federal and state actions.

Alabama, Arkansas, Indiana, Tennessee, Vermont, Wisconsin and the District of Columbia have banned the substance, along with at least three cities — Denver, San Diego and Sarasota, Florida.

And in November, the Food and Drug Administration issued a warning, citing 36 deaths in which kratom was present, but not necessarily the cause. The agency also warned about the unknown risks of using the herb to treat opioid addiction.

In 2016, the Drug Enforcement Administration threatened to classify the herbal supplement as an illegal Schedule 1 drug, along with heroin, LSD and marijuana. But after public protests and letters from Congress, the agency put the proposal on hold.